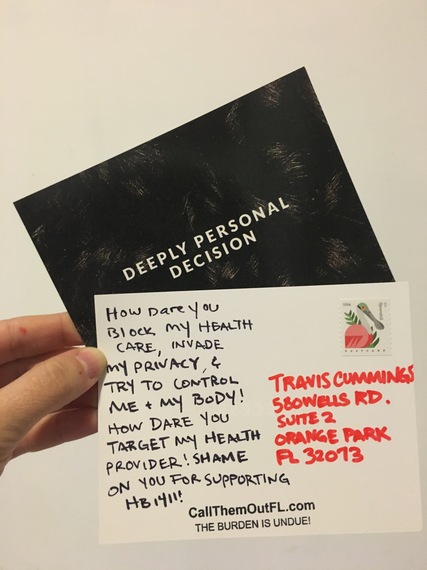 People with hope, though, just keep working, one person/one voice at a time. Among grassroots efforts to preserve national sanity in general, and protect women in particular, a movement underway this summer is worth noting.

CallThemOutFLhttp://callthemoutfl.com/the-issue/ grew out of the creative minds of two young Florida expats, Arianne Keegan and Abigail DeAtley, high school friends from Delray Beach now living in New York. Thanks to statewide redistricting, every seat in the Florida state legislature, both Senate and House of Representatives, is up for election in 2016. This seemed, to Keegan and DeAtley, too good a chance to pass up. Their hope is to shift the balance of what has been an anti-choice legislative body they do not believe has the best interest (or support) of Florida women. 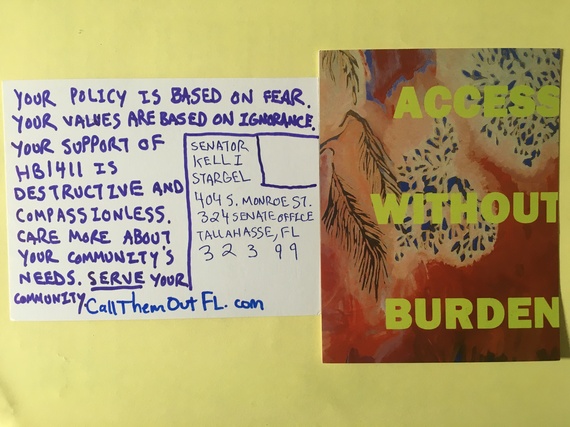 "When we found out that Florida HB 1411 had passed, and was slated to go into effect on July 1," Keegan says, "we wanted to educate folks, and also to spread the word." HB 1411 adds further monetary restrictions to anti-abortion laws in the state which are among the most stringent in the nation. "We decided to launch a campaign urging individuals to contact their representatives and call them out on how they voted. We see this as an opportunity to let people know about the TRAP (Targeted Regulation of Abortion Providers) laws and how damaging they are, especially to underserved women." (HB 1411 was challenged in court, and remains blocked as that process continues.) 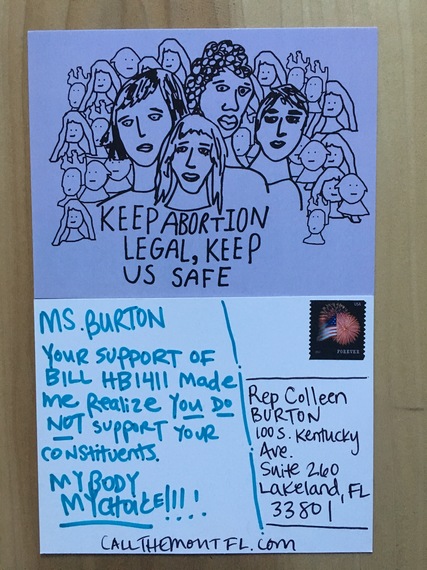 The two held their first CTOF event last July 2 in Brooklyn. Some 20 supporters gathered at Molasses Books in Bushwick to discuss the issue, and the oppressive laws. They then wrote more than 100 messages to elected officials on postcards designed for the cause by graphic artist friends of the co-founders. Keegan and DeAtley have also enlisted fellow Florida ex-pats around the country - in Washington DC, New Orleans, Miami and elsewhere - and in a few overseas locations - to host similar events throughout the summer. Toolkits available for such happenings include postcards, factsheets, learning activities and a sample presentation designed to explain the issue and engage audience members in fighting against reproductive oppression. The kits also include specific information on Florida's HB 1411.

On the CTOF website is a wealth of information about the issue, in Florida and elsewhere. Will the innovative effort have any definitive impact? The votes aren't in yet. But in this election year anything can happen. 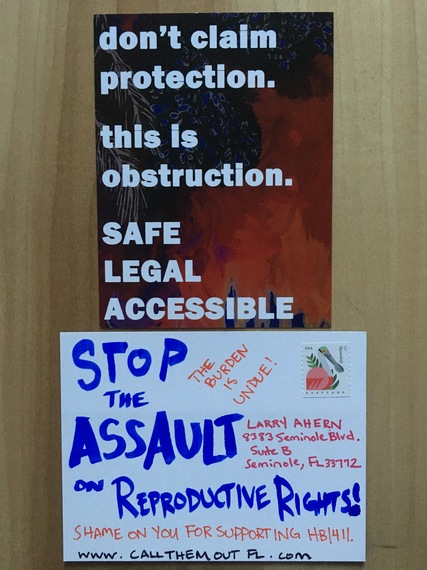