Lawmakers in Florida recently took a step in the right direction when they voted to put on hold a section of the state's longstanding education reform policy. For the first time since 2003, parents and teachers will have a say in whether their third grader will go on to fourth grade if the child doesn't perform well on their assessment.

The decision reverses part of former Governor Jeb Bush's 1999 landmark education legislation, which requires the State of Florida to retain students in third grade if they fail to pass the reading portion of the state standardized test.

While the move is good news, it is only a temporary, year-long hiatus as officials review the high-stakes Florida Standards Assessment, a new standardized test tied to Florida's Common Core-based standards and administered for the first time this spring. Hopefully legislators won't hold back on the next step -- moving to permanently repeal state-mandated retention in their state.

Florida has long been held up as a model for education reform, with many states adopting similar legislation. It is understandable to think that holding kids back in third grade because of reading deficits might be a good idea. However, research simply does not bear it out. In fact, the two independent studies conducted on Florida's policy were unable to establish a causal link between retention and long-term academic benefits for students. On the other hand, there is plenty of research to show the harmful impacts on students who are retained - including increased high school dropout rates.

In addition to no proof of long-term value, the retention law disproportionately impacted minority students. From 2003 to 2008, African-American and Latino students comprised 46 percent of all Florida third graders. However, the two groups represented 69 percent of of the students retained during that time period.

While retention is costly and unproven, there are many effective options available to improve reading proficiency. An extra year of third grade costs an average of about $12,000, but summer school averages between $500 and $2,000, and Head Start pre-K programs average around $7,000 a year. A full year of weekly one-on-one reading tutoring can cost as little as $1,000 per student in taxpayer dollars. Unlike retention, these approaches have evidence-based research to prove their impact on student reading achievement. To its credit, Florida has been progressive in providing additional funding for reading interventions. Other states have simply adapted mandated retention without providing adequate funding.

Lawmakers in Florida have a unique opportunity to send a message to the rest of the country. It's time they take the next step and permanently repeal state-mandated retention for third graders. Let's hope they seize the opportunity. 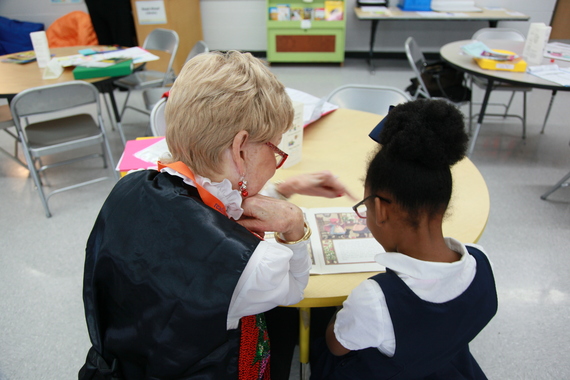