As evidence mounts around the globe that the emerging principles of compassionate conservation can succeed in resolving conflicts between human and nonhuman animals (animals) while respecting the needs of all stakeholders (see, for example, here and here), painful examples remain of cases in which human management of shared habitats completely fails to heed the lesson that killing is neither effective nor acceptable. In Canada's western provinces, a ruthless war is being fought against wild canids, devaluing individual lives and disrupting families and social groups. In Florida, on October 24th, a similar war is about to commence, although its hapless victim, the Florida black bear, has never killed a human, is not accused (unlike wolves) of harming other wild animals or livestock, and is a vital umbrella species of great ecological concern. 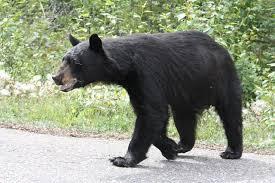 Florida's decision to reinstate bear hunting after a 21-year hiatus ignores well-established science on human-bear conflicts and constitutes an appalling magnification of the ethical defects afflicting the killing of grizzly mother Blaze by officials at Yellowstone National Park and, more recently, the killing of Boulder Bear 317 by Colorado Parks and Wildlife. 320 black bears - 10% of the estimated statewide population - have been targeted by Florida's Fish and Wildlife Conservation Commission (FWC) for killing by recreational hunters (you can see the hunt plan here), a lethal response that is massively disproportionate to the concerns that have been articulated by human stakeholders about property damage and a handful of relatively minor attacks on humans. The hunt's quota is in addition to the increasingly routine practice of killing bears who have been deemed a nuisance and to high road kill rates (282 in 2012 alone). A combined mortality rate of 20% of the entire bear population has become Florida's ghastly new definition of sustainability, while the human population of the state increases by more than the entire bear population every single week, a fact that human policy-makers regard as a source of pride, not a cause for grave concern.

Just as there was no science to support the assertion by National Park Service staff that a grizzly bear who killed, or was suspected of killing, a human, is more likely to kill another human, there is no science to support the proposition that a large-scale slaughter of black bears will have any effect on the occurrence of human-bear conflicts. On the contrary, the available science clearly demonstrates that the only dependable way to reduce human-bear conflicts is intelligent trash management and related behavioral changes by humans. Aware of its plan's unscientific foundation, the FWC admits that the hunt is not expected to reduce human-bear conflicts. Instead, it asserts a need to "manage" or "stabilize" the black bear population. Yet when pressed in a recent court hearing (you can see the video here) to explain why, exactly, the bear population needs to be "managed," Dr. Thomas Eason, Director of the FWC's Division of Habitat and Species Conservation, ultimately returned to nuisance calls, property damage, and a few cases of minor injuries to humans as problems that would be mitigated if bear population pressures were reduced. Available scientific data do not support this claim.

It's also important to note a majority of Florida's human citizens appear ready to embrace the concept of compassionate conservation and let the bears be. About 75% of 40,000 public comments received by the FWC opposed the bear hunt. Were we to regard societies of nonhumans as Nations, we would be forced to characterize the State's disposition as regrettably genocidal. As recently as three years ago, the black bear was still listed as threatened. In 2012, the FWC adopted new criteria for determining threatened status, delisting 15 other species along with the black bear (which is a genetically unique subspecies). And now, before a statewide bear-population survey has even been completed, the State's human power structure is refusing, in the most lethal possible way, to accept responsibility for the undeniable impact of relentless human encroachment into the habitats of nonhumans. The third-most populous state in the country, its metropolitan areas dominating the list of the nation's fastest-growing areas, Florida provides a tragic case of unrepentant, deadly anthropocentrism, literally bulldozing over the right of nonhumans to exist in an environment that allows them to be who they really are.

While the killing of Florida's black bears will be carried out by recreational hunters, the State's policy provides ample opportunities for FWC employees to emulate the noble example set by Bryce Casavant, a Canadian conservation officer who was suspended after refusing to kill two bear cubs. Florida's bear hunting policy, although initiated by political appointees on the Commission, was drafted by FWC staff, defended by them in court hearings, and requires their participation (in the administration of permits, at check stations, in field enforcement efforts, during data monitoring, etc.) for its implementation. Staff at any point in this chain could, individually or collectively, refuse to facilitate a wholly unwarranted and grossly unethical and bloody killing spree. Especially for the bear biologists who spent five years developing the Florida Black Bear Management Plan released at the time of delisting, a plan that explicitly eschewed hunting and called for the enhancement of bear habitats, the decision to sit back and passively witness the slaughter of this magnificent animal ought to weigh heavily on their consciences for the rest of their lives. This is a great opportunity for these scientists simply to ask people not to hunt the bears.

Instead, Dr. Eason, for one, seems to be perfectly comfortable with Floridians repeating their familiar role as super-predators, killing adult bears in their prime reproductive years, imposing far-reaching collateral damage on family units and the bear population as a whole. Although Florida's bear hunt forbids the "harvesting" -- read, killing -- of mother bears with cubs, this will inevitably happen, since mothers commonly "tree" their cubs up to 200 yards away, out of sight from hunters. Black bear cubs stay with their mother for up to two years, learning essential survival skills and enjoying her protection from male bears and other animals who may harm them. As orphans, their prospects for survival are grim. And, since we know that animals experience a wide range of emotions, including joy, love, empathy, and grief, it is beyond dispute that these cubs will suffer immense emotional, as well as physical, distress. Equally repugnant is the fact that the FWC knows that some female bears will be pregnant at this time of year (just prior to denning), and there is no way for hunters to discern the gender of their target until they're killed. Far from apologizing for these horrific effects, Dr. Eason has matter-of-factly stated that this is all part of the plan.

Compassionate conservation asks us to do no harm to individual animals, their family units, and their social groups. It expects us to finally acknowledge the extent to which we have deprived nonhumans of their right to live free from human dominance or interference, and to accept these magnificent and fascinating beings as a wondrous part of the planet we all call home. For many humans, the gateway to compassionate conservation is the recognition, amply documented by the latest science, that animals are sentient beings with rich emotional lives, aware of themselves, their surroundings, and one another. Compassionate conservation does not elevate animals to a position of primacy over humans. Rather, it seeks to level the playing field, granting animals stakeholder status equal to that of humans who have controlled -- dominated -- their very lives for far too long.

Florida's mass slaughter of its black bears violates every dimension of the compassionate conservation paradigm and ignores solid science and public opinion. It's yet another example of wildlife managers claiming they use the latest science and public opinion and then ignore what is known. For future generations of conservationists and other people who choose to live in Florida because of its fascinating and magnificent animals, Florida's ill-planned bear hunt will serve as an exemplary case study of why it should not have been done in the first place.

This essay was written with Adam Sugalski and Richard Foster.