Honey is sweet, bee stings are not. An Australian beekeeper and his son are working to improve the complicated and sometimes dangerous task of extracting honey from hives. For the past 10 years they've been developing Flow Hive, a product that dispenses honey directly from a tap -- the same way in which syrup is extracted from maple trees.

To work Flow, "Turn the tap and watch as pure, fresh, clean honey flows right out of the hive and into your jar. No mess, no fuss, no expensive processing equipment without disturbing the bees," as instructed on the product's IndieGogo fundraising page. This campaign started on February 22 with a goal of raising $70,000. As of February 23, with 41 more days remaining to fundraise, the project has earned $2,018,445. Clearly, honey enthusiasts are pumped.

Stuart Anderson, the younger of the two inventors, said that Flow Hive is the result of a "decade-long task of inventing the beekeepers dream." 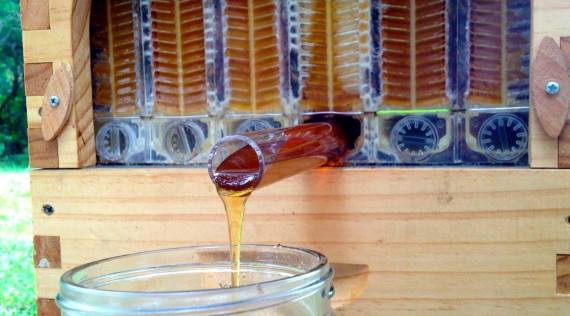 The father-son duo claims that this system is easier on both the bees and the beekeeper. It saves the hours of work done in conventional honey harvesting and honey can be yielded without opening the hive or disturbing the bees. “This really is a revolution. You can see into the hive, see when the honey is ready and take it away in such a gentle way,” said Cedar Anderson, Stuart's father. 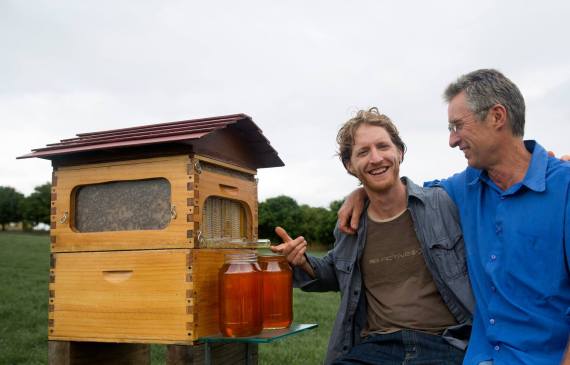 The Flow Hive sounds almost too good to be true, considering how many traditional beekeeping steps it overrides -- and it has some skeptics. YouTube commenter Dave Casey writes, "The people that would buy something like this are the same kind of people that would get a cute puppy or kitten and then send it to the pound when it grows up and isn't as cute anymore," arguing that maintaining bees is not a simple process. Ramon Duindam, another YouTube commenter, says the product detracts from bee keeping as an art form. "A real beekeeper enjoys his hobby and doesn't care about all the work that comes with it," he writes.

Still, the enterprise is gaining rapid support from the masses, and some product versions have already sold out. A basic stater kit costs about $340, which can harvest 26 pounds of honey at once. You can learn more about the Flow Hive by watching the video below and visiting the IndieGoGo page here.