Flu season is in full swing in the United States, and the proportion of deaths related to flu infections have reached epidemic threshold, according to a report from the Centers for Disease Control and Prevention.

According to data that came from a 122-city fatality reporting system, 6.8 percent of all deaths reported during the 51st week of the year (ending Dec. 20) were related to pneumonia and influenza. Four of those fatalities were pediatric patients, which makes a total of 15 pediatric deaths related to the flu so far for the 2014-2015 flu season beginning Oct. 1, noted the authors of the CDC report.

In sum, more than half the country (28 states plus Puerto Rico) are reporting moderate to high levels of flu activity. 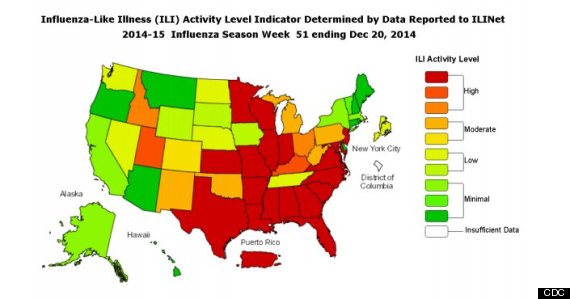 While the numbers may seem scary, this is in fact "a typical pattern," a CDC spokesperson told The Washington Post. 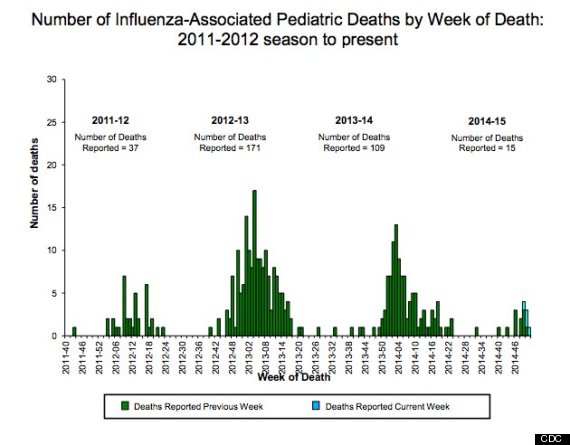 One possible reason for the high numbers this year is the fact that the latest flu vaccine was not very effective against new mutations in the predominant flu strain of the year: H3N2. CDC director Tom Frieden addressed the issue Dec. 4 in a press conference, saying that while the flu vaccine is still the best way to protect against illness, flu shot effectiveness might be lower than expected.

"We know that in seasons when H3 viruses predominant, we tend to have seasons that are the worst flu years, with more hospitalizations from flu and more deaths from the flu," said Frieden during the press conference. "Unfortunately, about half of the H3N2 viruses that we've analyzed this season are different from the H3N2 virus that's included in this year's flu vaccine. They are different enough that we're concerned that protection from vaccinations against these drifted H3N2 viruses may be lower than we usually see."

Beat The Flu With These Tips