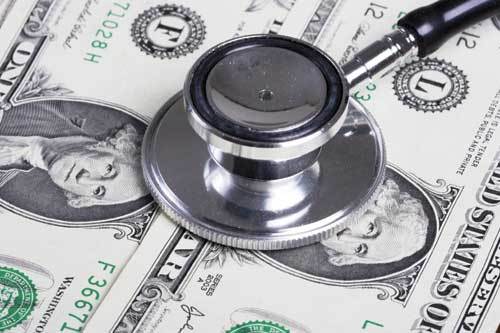 There are five more days of this exhausting event we call the American Presidential campaign. To my Aussie readers I want to put in perspective the most recent "revelations" about Hillary's emails. It's not going to make much of a difference. To the committed on either side, they have already made up their minds (and like me, many have already voted with absentee ballots). Perhaps in certain swing states like Ohio and Florida some disgruntled voters, liking neither candidate but Trump even less than Hillary, might decide just to pass on voting for either because of this ill-timed announcement by the head of the FBI (a Republican, though nominated for the post by Obama). But the polls show only a three point lead for Hillary at this time which is scary. But I suspect her electoral college vote advantage will be much more substantial. Still in the Blue state of California we all remain a bit worried.

Meanwhile while I have your attention I thought I'd share another example of the differences between the health care systems of the U.S. and Australia. I've written extensively on Aussie attitudes towards using psychiatric drugs with children compared to the U.S. But as many of you know I've also commented on their health care as an American patient who happened to undergo a radical prostatectomy in Melbourne in September 2015.

The surgery eliminated all but approximately three prostate cells (I'm guessing on this exact number but will shortly let you know basis of my estimate) from my pelvis. But before I had the surgery I had a state of the art scan, called a Prostate Specific Membrane Antigen Positron Emission Tomography necessarily abbreviated as a PSMA PET scan to rule out any metastasis which would have obviated the surgery. This scan is considered more sensitive than the usual presurgical full body MRI and bone scans to rule out metastasis. The PSMA PET scan is offered at only five sites in the world, including as it happened in Melbourne and now in San Francisco. Can you tell where this story is heading yet?

The scan is considered quasi-experimental in both countries. My urologist in Melbourne was very enthusiastic about this scan's advantages over the traditional scans and urged me to get it even though it was not covered by Australian Medicare. He forgot that since I only had a year-long visa I was not covered by Australian Medicare. I paid for all the treatments (including the three night in-patient surgical admission and before the surgery, an unplanned visit to the emergency room and overnight stay after the biopsy) with a credit card to be reimbursed by my private American health insurance company, United Health Care (UHC), the largest private insurer in America.

So I got the scan relatively quickly. It was performed at the Alfred Hospital only blocks from my apartment in South Yarra. Aussies, who know the Alfred, know certain parts of the hospital are quite old (it's the oldest continuously operating health facility in Melbourne but has many modern buildings).

So I walked over to the Alfred from my apartment. I would guess the section that houses the PET scanner hadn't been redecorated since the 1970s. I met one receptionist. She gave me a one-page form requiring one signature that told me the test was experimental and what my cost would be. A nurse then placed a simple i.v. on my left arm. The neuroradiologist came in and injected me with the radionucleotide. I then spent about 50 minutes in the machine getting scanned. The test cost $800AUD which translated, given the exchange rate, to about $600US. UHC reimbursed me at 80% so my final cost for the exam, which mercifully showed no mets, was $150US.

A year later, now back in San Francisco, those three cells were putting out a PSA (Prostate Specific Antigen) of 0.33. Given I had already had the surgery, my Australian urologist thought I should get another PSMA PET scan to potentially localize those three remaining cells more specifically in case radiation was added to my treatment (the effectiveness might be increased, while side effects diminished with a more precise location). My American urologist agreed and I was scheduled for a repeat PSMA PET scan at UCSF (the University of California, San Francisco Medical Center) which has multiple campuses in San Francisco. That's when the fun started.

Two days before the test was scheduled (I had cancelled patients for that morning) I received call from "Gloria," a UCSF insurance authorizations coordinator. She said UHC hadn't approved my repeat scan yet. The insurance company was waiting for a peer-to-peer doctors' review of the indications for the scan before approving it. Urology hadn't responded and Radiology was waiting.

Gloria said if I preferred to go ahead without the authorization I could self-pay for the procedure. I naturally asked her "How much?" In essence, she said "For you a special deal..." - she specifically told me that the cost for the scan was $11,000US but if I was self-paying UCSF would offer me the scan at a bargain rate of $5000US. I told Gloria I paid $800AUD for exactly the same scan in Melbourne and the $5000US was way too much for me out of my pocket. I preferred to wait for the insurance approval to come through.

It did the next day. Gloria told me that the "negotiated rate" between UCSF and UHC was $3000US for the scan. I quickly did my 80/20 calculation and concluded my portion of the cost of the scan would be $600US - four times more than I had paid in Melbourne - but given the difference between the two health systems, understandable and worth it to me.

I might mention that the UCSF PET scanner was at the India Basin campus of UCSF, a state of the art modern building right next to AT&T Baseball Park, the home of the San Francisco Giants. At least six persons were involved in getting me ready for the scan, not including the neuroradiologist whom I never met. I was given three forms totaling thirteen pages and three signatures before my i.v. was started. The test took only 45 minutes at UCSF (and they did additionally inject me with a dye to highlight my blood vessels which the Australian doctors didn't think was necessary).

I checked in with my Australian urologist and asked him if the government was funding any part of the PSMA PET scan. He told me to the best of his knowledge, "no." Later I asked Gloria why she thought the charges for the same exact test were so much more at UCSF. She candidly said, "Doctor Diller, we are the only center west of the Mississippi offering this more sensitive test for prostate cancer metastasis. Clearly we think we can get this price (and likely have wealthy men pay for it out of pocket - she didn't say that - I'm adding it) which is why we are charging this price. We pay a negotiated rate with the insurance companies who refuse to pay the $11,000."

Oh, I nearly forgot. The scan was completely negative - meaning it didn't even show the remaining prostate tissue I had left in my pelvis responsible for the 0.33 PSA. Gratefully there was also no evidence of any new extra-pelvic signs of prostate cancer. I was again relieved but a bit disappointed that the best test was still not sensitive enough to pick up what I've decided are three nasty prostate cells left in my body.

So there you have it: an amazing contrast of the two systems. One is for patients' health, the other is for providers' profit. In mild defense of the charging what you can get, UCSF, provides, at a significant loss, services to the indigent or those lacking insurance. MediCal (government insurance for those below a certain poverty line) only pays a fraction of the real costs to doctors and institutions accepting these patients. By charging higher fees for services and procedures that will be paid by Medicare (the US version for those over 65, pays relatively decently), private insurers or self-paying wealthy patients, UCSF can better stay financially afloat.

Still even with Obama Care, U.S. health care costs continue to escalate. Some large private health insurers (like UHC and Aetna) are opting out of certain insurance markets (mostly in Red States where local support for the limited national health insurance has been weak). Still a reckoning is due with burgeoning medical costs. In the first round, attacking the power structure of medical care in the U.S., the government (read Democrats) isolated the insurance industry from their usual allies, doctors/hospitals and big Pharma (the drug companies). Indeed, the latter two made off like bandits in the Affordable Care Act.

I predict the next round of reform will go after big Pharma requiring them to do what they already do with the Veteran's Administration in negotiating and reducing the prices of their most common medications. Once those prices are brought into line the government will finally challenge the doctors/hospitals' charges hopefully reducing payments to specialists while increasing reimbursements to gate-keeper primary care doctors (does this remind the Aussie readers of their GPs' roles?). Overall though, Americans will have to be reeducated on their expectations about what modern medicine can do for them. Less money must be spent devoted to end of life care and more towards preventing the self-injury of certain life styles -- in order for costs to go down.

Or they can just spend a year in Oz and learn how an imperfect but much more functional healthcare systems operates.

Wish us luck on November 8th.