Think of it as one spiritual brother reaching out to another over the span of almost an entire century: Bill Plympton -- the innovative animator known for his edgy surrealism and distinctive, hand-drawn style -- has decided to rejuvenate the work of one of animation's first fathers, Winsor McCay, the man who painstakingly and single-handedly created such elegant, landmark films as Gertie the Dinosaur and Little Nemo in Slumberland.

Plympton has reached into McCay's catalogue to pull out The Flying House -- an Up-like adventure in which a married couple take wing in their homestead. With the help of a small corps of volunteers, he is busy cleaning up the footage, adding a soundtrack voiced by Patricia Clarkson and Matthew Modine, and, in a move that's controversial only until you see how pretty it looks, adding a delicate color palette to the original black and white footage. 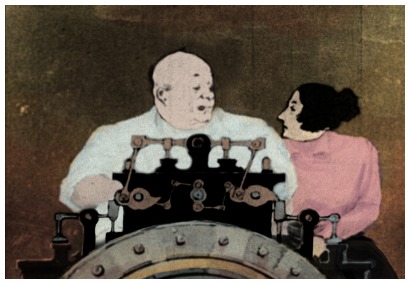 Plympton and I talk about the McCay project, as well his work on the new Weird Al video, TMZ, and his new book, the comprehensive survey, Independently Animated: Bill Plympton: The Life and Art of the King of Indie Animation (which you can purchase here, if you're of a mind).

Get a deeper insight into indie and genre film at mightymoviepodcast.com