Right now, the USDA is allowing diseased bird organs to be sold for food, in violation of federal law. Because USDA won't enforce the law, thousands of animals are suffering miserably, and the consumers of these diseased products are at a higher risk for a variety of ailments, including type II diabetes and Alzheimer's disease.

That's why today, along with pro bono attorneys from Steptoe & Johnson, LLP, the Animal Legal Defense Fund, Compassion Over Killing, the Animal Protection & Rescue League, and my organization -- Farm Sanctuary -- filed a lawsuit against the USDA for allowing adulterated poultry -- foie gras -- into the food supply, in violation of the Poultry Products Inspection Act (PPIA).

Foie gras is the diseased liver of a duck or goose who has been force-fed (twice-per day, every day) for three weeks, causing the animal's liver to become diseased and to enlarge to ten times its normal size. Production of the product is so horribly cruel that it's been banned in a dozen states, and both production and sale will be illegal in California later this year.

Our lawsuit is based on the fact that the PPIA dictates that diseased animal organs are supposed to be condemned by USDA inspectors, and foie gras is -- by definition -- a diseased organ. Thus, USDA should do its job by banning the sale of foie gras nationally.

By refusing to do its legal duty, USDA is supporting hideous cruelty to animals and putting human health at risk.

Science backs up common sense: Shoving pipes down birds' throat several times a day and pumping them so full of food that their livers become diseased and balloon up is horribly cruel. For example, the European Union's Scientific Committee on Animal Health found that death rates during force feeding skyrocket by 10 to 20 times; imagine any process that causes a population's death rate to be 1000 to 2000 percent greater than normal. Of course, every animal is in misery for the entire horrid ordeal.

The birds who don't die suffer from impaired liver function, skeletal disorders, and other serious illnesses. Many become so sick they can barely move. Carcasses show wing fractures and severe tissue damage to the throat muscles. It's this scientific consensus that explain why every reputable animal protection group in the world, including many that do not advocate vegetarianism, condemns foie gras as cruel, from the RSPCA to the World Society for the Protection of Animals (WSPA) to the Humane Society of the United States to (of course) Farm Sanctuary.

There is also evidence that foie gras is a health hazard.

As we note in our suit: 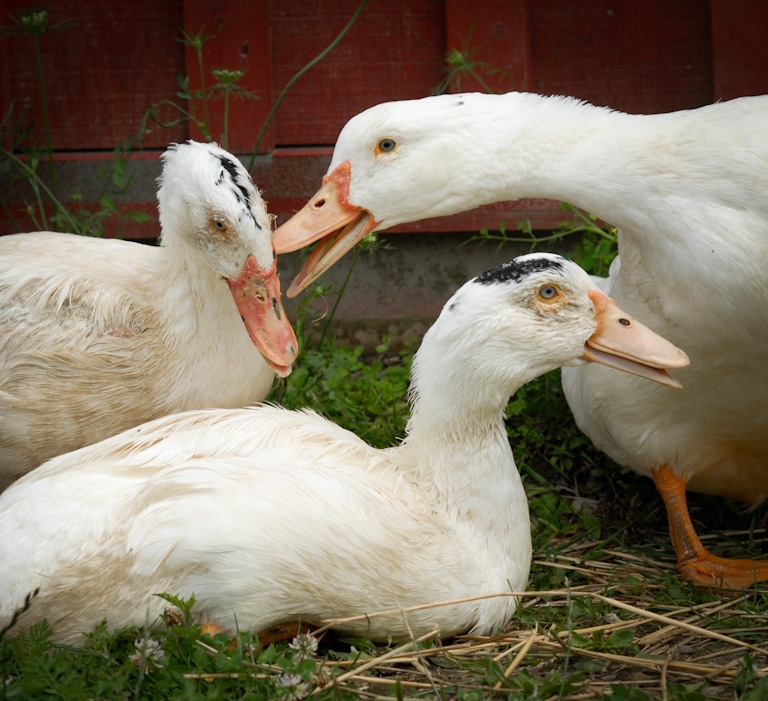 At Farm Sanctuary, we spend our lives with farm animals, and we know them as individuals. Ducks and geese have -- like all birds -- unique personalities, interests, and the same range of capacities of any dog or cat. For the same reason we wouldn't induce liver disease in dogs and cats, slice the animals' throats open, and then eat their diseased organs -- we shouldn't treat any animal so horribly.

In the case of foie gras, this cruelty is also jeopardizing human health -- and it's illegal. It's time for USDA to do its job by condemning this cruel and hazardous product.