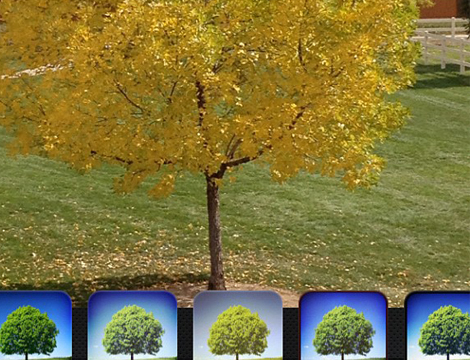 Autumn has a casualty that is terrorizing your web of social networks to no end. This is the universal realization that the season has made everyone with a camera phone (read: everyone that doesn't carry a sign that says "Will work for food") an expert photographer.

There you are walking to the library, breathing in the scent of burning wood wafting from the Lawn, when you spot a lovely-looking tree exposing its fiery foliage that defines the season. Being the altruistic artist you think you are, you feel the need to share this with all those who are connected to you. Well, what do you know? As you set the Instagram pic up to be shared on your Facebook, Twitter, Tumblr, and any of your other social network crap, you notice there is a line of people just like you waiting to take the same picture. How dare they! This was most obviously your idea and you are the true giver of photographic inspiration. Only you can lift the spirits of the many, and it must be done with your photo. That perfect moment of the sun hitting the leaves whilst a slight wind elevated the branches is lost, along with the promise of full hearts for those you are to meet in the library momentarily.

Okay Ansel Adams, this isn't a bold idea you have fostered alone. The reason there is a line to take a photo of the same damn tree is because Instagram, its filters, and the self-esteem boosting "likes" have made everyone into a complete nut. Yes, we understand, you are different; you got your latte from Para because they speak to you as a non-chain, organic-feeling coffee shop and don't have "PSL" pasted everywhere like wartime propaganda. But, didn't you take a picture of that same latte with the caption, "totes presh #latteart #Para #nomnom"? Furthermore, didn't you use both the sun effect and the "Sierra" filter on the photo of the heart made of foam? Does the word "aperture" or the term "DSLR" resonate at all?

Rather damning, isn't it? Once again, you, oh person of the trend who thinks themselves a burgeoning hipster, have become trapped in the same obsession as everyone else. The notable facet of this trend, though, is that everyone continues to be convinced that they are actually doing something artistic even as it becomes clear that art can't be what everyone is doing haphazardly on their was to class. Don't get us wrong, that's a dope picture of some orange leaves...but one sees a billion of them every day. Granted, who doesn't love that virtual pat on the back your friends give you with a "like" AND a comment, but far too many have let this go to their head.

So, folks, we are all guilty of taking photos of "fall" with wretch-worthy hashtags, but try to refrain. If for no other reason, they are getting in the way of the funny drunken photos that pop up on our feeds. But, if you are thinking of making the switch to using a real camera and carrying it around like a badge of hipster honor, you, my friend, may be in too deep. God-er-shutter speed.