Most central banks do one thing well: they produce monetary mischief. Indeed, for most emerging market countries, a central bank is a recipe for disaster.

The solution: replace domestic currencies with sound foreign currencies. Panama is a prime example of this type of switch. Panama adopted the U.S. dollar as its official currency in 1904. It is one of the best performing countries in Latin America (see the accompanying table). In 2014, economic growth in Latin America and the Caribbean was a measly 0.8%. In contrast, Panama's growth rate was 6.2% in 2014. Not surprisingly, it was the only country in Latin America to have realized an increase in the number of greenfield FDI projects. 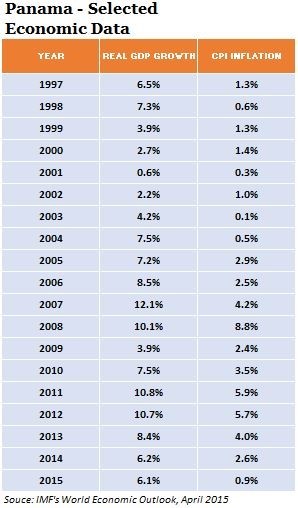 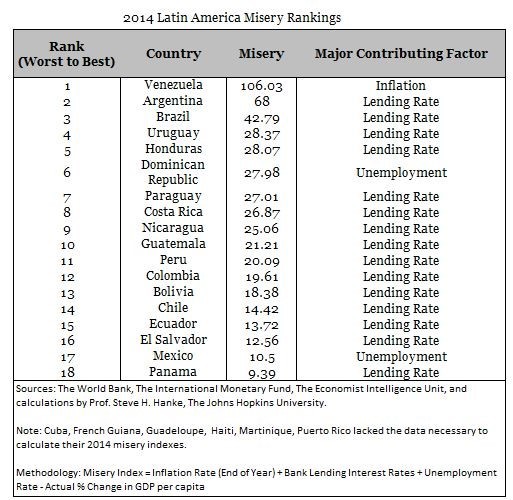 Thanks to their central banks, Venezuela and Argentina top the list as the most miserable countries in the region. Panama, El Salvador, and Ecuador score very well on the misery index. All three are dollarized.