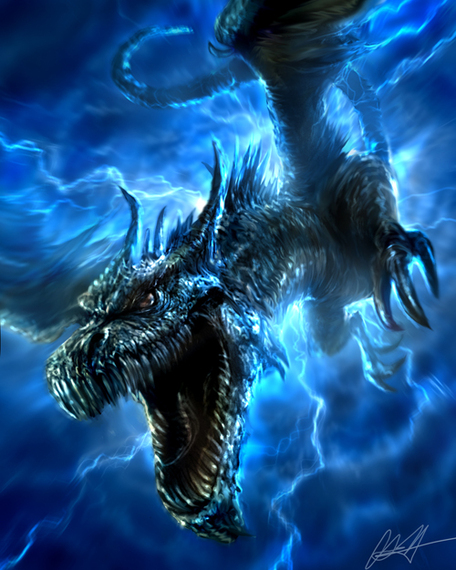 This rule has been subjected to much criticism ever since. According to an article in Forbes, for example, "'Do what you love' wrongly implies that there is some job or task or cause that you will always love and will always want to report to duty for." Additionally, 'Follow your bliss' implies that bliss will be a magical amulet to protect you from hardship." And what about all those bills to pay? Some folks are lucky to be employed.

The job-now-or-dance-with-the-fairies dichotomy is false. It is also pushed by those with an economic interest in keeping everyone in a factory or at a desk. The world faces many shortages as heavy industry continues to eat the Earth, but we don't lack people eager to advise you to be just as occupationally miserable as they have always been.

By "follow your bliss," Campbell means: Follow your passion, even when it hurts, though not foolishly or without discernment. He does not mean: Ignore your material needs and run away to finger-paint in the sure belief that Celestial Powers will provide. Campbell himself followed his bliss into mythology; but he made sure he had an income first.

Follow what calls that you dare not resist. If nothing calls, don't follow. You're off the hook and free to do whatever.

Meanwhile, pity those unable to resist the call to achieve, become, create beyond what the gray flannel workforce seems to require.

I left that workforce because being in it bored me, depressed me, and made me chronically tired and angry. Ignore your bliss and you will have symptoms. Why? Because it's the intrinsic, innermost you trying to get your attention. Don't keep doing this, it insists, raising its voice until your body aches with it. You weren't meant for this. Do something else. Not necessarily something grander or more heroic, let alone cosmic, but something aligned with your real potential and ability to contribute. Something fulfilling beyond the daily bread.

In response to that call I have made sacrifices and walked around blind corners because I always felt good things awaited. They did. So I don't disagree with Follow Your Bliss, for myself anyway; but I will say that the happy tone of it never echoed through the valleys of my struggles. If you don't resonate to it either, try imagining what your bliss looks like as though it were an inner figure of the deep psyche. Try asking it for dreams. Try sketching it rather carelessly, or writing a story about it (the more mythological the better!), or dancing with it, or letting it emerge in a slip of the pen or tongue.

My "bliss" has been daimonic. It first appeared, not as an angel or a road of light, but as a giant powerful sharp-taloned fire-breathing dragon wrapped in thunder and lightning. It flew through the childhood nightmares it sent me faster than I could run.

When I got older, it growled when I got married too young and sighed with relief when I divorced. It wanted to blow its fiery breath on the insurance company I worked for straight out of college on the advice of people worried about my income but not about my soul. It threw books at me until I read them. It made me read Jung, Shakespeare, Hermann Hesse, who "listened to the teachings which my blood whispered to me."

Under the pressure of its deadly gaze, I learned to write something authentic, to make a risky decision, to risk rejection from family, friends, colleagues, to abandon a cherished belief. Each move satisfied it...for then.

One day I put a saddle on it.

After that my dragon brought me new relationships and new learnings, insights I could never have stumbled into otherwise; a new career; new dreams and aspirations and hopes; and a firm sense, for the first time ever, that what I did made a difference in the world, to the world; and all this made me happy.

Maybe tomorrow I'll lose interest in what I'm doing, or maybe I'll change my mind about how I want to serve. The years of being pursued and then pursuing have taught me, however, that if those do occur, I have only to listen inside myself to hear the dragon roar.