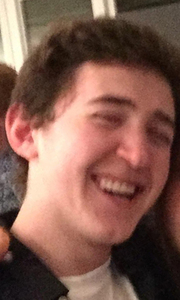 A stampede gushes my way. Teenagers jump, leap and holler. They want to get closer to the stage, but a low fence is in their way. Security guards scramble to keep everyone from rushing over it, but it's too late. Hundreds of charging fans overpower them. In a split-second decision, I choose to run with the fans to avoid being trampled. I can't think of a better place to spend my 17th birthday than the Mad Decent Block Party, a music festival.

I've always loved the animation and excitement that comes with large, loud crowds. My first memory experiencing this intensity is a New York Liberty basketball game with my father when I was eight. I couldn't get enough of the electricity generated by the screaming fans. Years later, I would experience the same rush at a Red Bulls game as I cheered, waving my "Red Flag."

It wasn't until my junior year sociology class that I discovered Durkheim's theory which explains that electric feeling: collective effervescence. It's the feeling of euphoria and social bondage large groups of people experience when acting together. Cavemen felt it chanting songs and performing rituals around fires, and they named it "God." The emotional experience of the devout at church is similar to my feelings at a concert. I realized something else in that class -- my love of sociology and my desire to explore its many applicable concepts. I am not in love with just being in a crowd. My passion is analyzing crowd behavior when the sociologist in me goes to work.

Beyond crowded concerts, I look for the social forces influencing the actions of those around me. The subway ride from Park Slope to school on the 3 train allows me to apply the concepts from class in a real world paradigm. Graffiti tags in the train tunnel compel me to question how the deindividuation of this "art" will increase crime rates. In the hallways, I notice the impact of socioeconomic status on education when comparing my public and private school friends' SAT scores, highlighting the differences in their college preparedness. I see the irony after school, when my friends jokingly make fun of "raging feminists" for "exaggerating gender inequality," but they don't see the misogyny all around us as we walk through Brooklyn Museum's featured exhibits filled exclusively with male artists. The sociological laws of group behavior affect so much of our lives that we fail to realize how little control we actually have.

However, I find freedom from social pressures by studying the forces that control behavior. Interpreting the motivation behind group behavior allows me to make decisions as an individual while remaining an active citizen of a community. True individuality can blossom when the restraints of social mores and folklores are lifted from the subconscious. As I scroll through music on iTunes, I know to not let the popularity of a song determine if I like it. Studying the "Bystander Effect" gave me the responsibility to overcome this powerful situational force and call the police when someone outside my friend's house on Suffolk Street was attacked with a hammer. The laws of group behavior don't hinder my individuality, but understanding them gives me the tools to fully develop myself.

I am aware of all this as I stand in front of the blazing lights, feeling the energy all around me. I have no idea who is performing, nor do I care. The only thing I can feel is the heart of the show, pulsing in time with the bass. It's impossible to think about anything else when the music is this loud. Individual lines blur into a larger collective. As the show picks up speed, my friends flash me gleaming smiles. In this moment, I know I won't be satisfied as just a member of the crowd; I must also study its behavior.

Matthew Gilbert, a 2015 graduate of Brooklyn Technical High School, will be a freshman at Wesleyan in the Fall.