In my teens, through my 20s and halfway into my 30s, I used food the way a junkie uses heroin, only my "highs" didn't last as long. As a teenager, I realized there was nothing like eating large quantities of food to quell my discomfort, boredom, pain, happiness, sadness or anger. I found I could cancel out my overeating by purging. Vomiting quickly became as much a compulsion as eating was. At a certain point, I had to do both, and though I didn't think of it as one and the same, both provided the relief I sought from the pain I was in. Very quickly, I went from making a decision to eat to feeling it was no longer a choice but something I had to do. The pain felt so unbearable, the food and vomiting so wonderfully seductive and numbing, I began to feel I would die if I didn't give in to my compulsions.

By the time I was 17, I knew I had a problem. I had tried, on numerous occasions, to cut back or stop, but I could not. At the age of 18, it was clear to me that I was an addict, but few agreed. Being addicted to food is not a popular or commonly-accepted idea. Being addicted to food is not considered, by many, to be a true or real addiction. Instead, people said, "Just go on a diet." "Just stop eating when you're full." "You're not an addict, you just like food." "You can't be addicted to food, you just have a problem with willpower and self-control." "Why don't you talk about it; maybe that will help you understand your real problems." "Fast for a few days and cleanse your body." "You need to get a hobby, take your mind off eating and food."

So for years, I followed everyone's advice. I went to psychiatrists, psychologists, behavioral therapists, group therapy, eating disorder specialists and body workers. I tried diets, fasting, cutting out particular food groups, visualization, aromatherapy, and read every book I could find dealing with weight loss, compulsive eating and dieting. I kept journals and wrote about my feelings. I weighed myself and measured all my body parts. I kept detailed records of weight gain and loss with the corresponding inches gained or lost. I viewed myself with a critical eye, carefully evaluating the "problem areas," and resolved to work on those with trips to the gym and exercises targeting those troublesome parts of my body that didn't measure up. And as I did all of this, I kept telling myself that there was obviously something fundamentally wrong with me, or else I would be able to eat like everyone else.

It never once occurred to me that my self-loathing and self-criticism did little except make me want to eat more and increased my anxiety and self-hatred, which in turn increased my compulsiveness. Over the years as I continued to try and failed at various "treatments," I became more and more depressed, until eventually I felt the only real option left was suicide. And as I contemplated this, as I seriously began to consider this as a viable option, I was told to go to a group of people who were grappling with the same issues I was -- food and compulsive overeating. It was there in those rooms filled with people who identified as addicts, just like me, that I felt, for the first time, I belonged among the human race. Finally I had found my people. Up until that point I felt like an interloper, a perpetual outsider, the one who couldn't figure out how to live with the same kind of simplicity and ease everyone else seemed able to do.

This group of people taught me how to be in the world. They talked to me and supported me during those first months of sleepless nights and headaches. They taught me that my actions, the things I said and did, affected how I felt about myself. These other addicts helped me navigate life one day at a time, reminding me that I was not alone and that others had come before me. They held out their hands, offered me support and guidance and encouraged me. They taught me about honesty and taking "the next right action" and the importance of being present. I came to understand that my life was of value and that I had something to offer others. As I learned to behave in a kinder, more tolerant way toward others, I became kinder and more tolerant of myself. As I became more tolerant of myself, I felt more comfortable in my own skin and began to accept myself for exactly who I was. As I did this day by day, I found my compulsions lessen. I found I could concentrate on other things. I realized I had a great many interests and was able to begin pursuing them. I found I had the energy and the desire to help others who were like I once was.

Now, close to 20 years since those early, painful days when I first discovered I was not alone, my life has completely changed. That person I was all those years ago is not who I am now. But I still remain an addict. It is who and what I am. It is important for me to remember, because it is when I forget that I once again find myself mistaking painful emotions for hunger and dissatisfaction with my body. Suddenly, I become obsessed with how much I weigh, wondering how many calories are in any given food and where and what I can or cannot eat. It is so easy to go there and when I do, I lose out on my life. As an active addict, everything and everyone else takes a back seat to my addiction. Active addicts are not fun to be around. They have little to offer. But those of us who have come out the other side, who have learned how to be in this world without picking up our substance of choice, we have so much to offer and give. Some of the finest, most generous and trustworthy people I know are addicts with years of recovery under their belts. 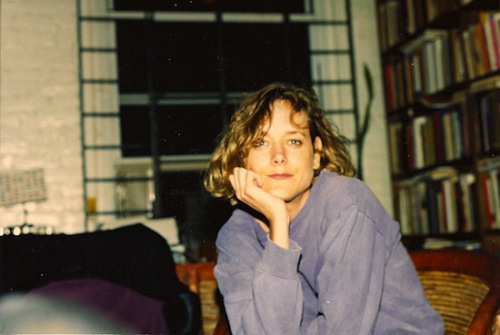