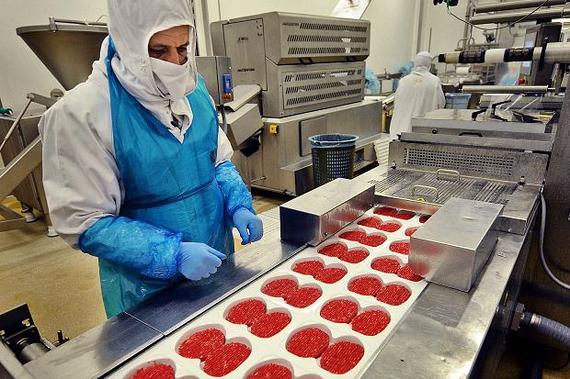 Our global food system is need of serious change, but the recipes for solutions diverge greatly, pointing to very different causes. Some may be worried that there won't be enough food in the future, and offer greater outputs and intensive industrial agriculture as the answer. Others believe enough food is already produced around the world and consider distribution, access, affordability, and health as the main issues. Many worry about the impact of climate change and other environmental factors - from soil erosion to water scarcity and pollution. At any rate, there is a widespread sense that something has to be done.

Looking at these and other responses, we can identify various approaches in the debates that animate politics, the media, and civil society. At the risk of oversimplifying, these positions often build on two opposite attitudes toward science and technology. On one hand, some are convinced that the food system can only gain from the introduction of scientific innovations, ranging from laboratory experimentation on genetically modified organisms to replacement meats and the extraction of compounds and nutrients to be used in cooking, as recently proposed by the French scientist and now renowned author Hervé This. This position elicits visceral reactions, as many fear a total dehumanization of the food system, creating risks to human health and to the environment, as well as causing the exclusion of whole segments of the human population from crucial decisions about what we grow and consume.

Instead, others deem that we can be saved by going back to tradition and the past, rediscovering how our predecessors managed the environment, produced, prepared and ate crops and animal products. In this vision, human experiences are central to food systems, which should develop around ideas of community and engagement, sustainability, and the acquired skills of producers, shop keepers and, of course, those who prepare and cook food. This approach and the political choices it entails have been criticized as elitist and ineffective in tackling the enormous scale of the food system and its problems. While the first perspective considers globalization at worst as inevitable and at best as an advantage, the second decries it and looks at the local dimension as the golden standard. Taken to the extreme, these visions can turn, respectively, into a technocratic dystopia or into pastoral nostalgia.

We have nothing to gain from excessive oppositions, and it does not pay to demonize technology. The interaction of science and creativity can generate new opportunities in all aspects of the food system. If the diffusion of fast communication tools can be partly blamed for the financialization of food commodities markets, causing swings and waves of panic that can cripple the buying power of the poor, the diffusion of cell phones among farmers in remote rural areas allow them to have a better sense of fair prices for their crops, as well as to access financing tools and insurance. New technologies can be applied to develop vertical farming, sustainable fisheries, and humane animal pens. Of course, in all these cases what counts is who controls the technology, how accessible it is, and whether it favors and hinders the democratic participation of all actors involved in the food system.

As I have argued before, it does not make sense to incite any conflict opposing wholesome to gimmicky, vernacular to high concept, traditional to modernist, humanist to technological. An interesting example is the innovative collaboration between IBM and the Institute of Culinary Education, which allows chefs to relate to computers to create interesting new recipes and flavor combinations. The experimentation resulting from this interaction start from the information elaborated by the computer, but it is the chef's experience and skill that transforms them into successful dishes.

We will discuss these topics in the panel "Feeding Tomorrow: Technology and the New Food Ethics", organized by MOFAD (the Museum of Food and Drink) and The New School Food Studies program. We will then continue the conversation during the Second International Conference on Food Design , which The New School will host from November 5th to the 7th. Designers, researchers, and practitioners from all over the world will gather to exchange ideas and experience of food design, technology, media, and the way they can have an impact on our food system. In preparation for the event, I will start a series of profiles on visible food designers, to start outlining the landscape of this new and growing field of research and professional practice.

For more about food culture, politics, media, and design, follow me on @FParasecoli