Candy left by the Easter Bunny on Sunday morning comes in festive hues of blue, green, yellow and pink, sparking smiles from many kids. This brightly colored loot may be less welcome, however, to a growing number of parents who worry about the potential health hazards the colors reflect.

To be safe, many like Courtney Sucato of Phoenix, are no longer taking chances with the man-made additives, which are generally derived from petroleum and coal. Sucato now swaps out the mainstream sweets her kids collect during other people's Easter egg hunts with a stash of naturally colored candy she keeps at home. More products are being sold with alternative colorings -- from beet-based reds to yellows and oranges from citrus -- in response to emerging health studies and rising consumer demand. A small Seattle-based biotech company has even begun harnessing the natural color-making machinery of algae in an effort to produce safe pigments.

The market for natural food colors is predicted to grow nearly threefold between 2014 and 2020. 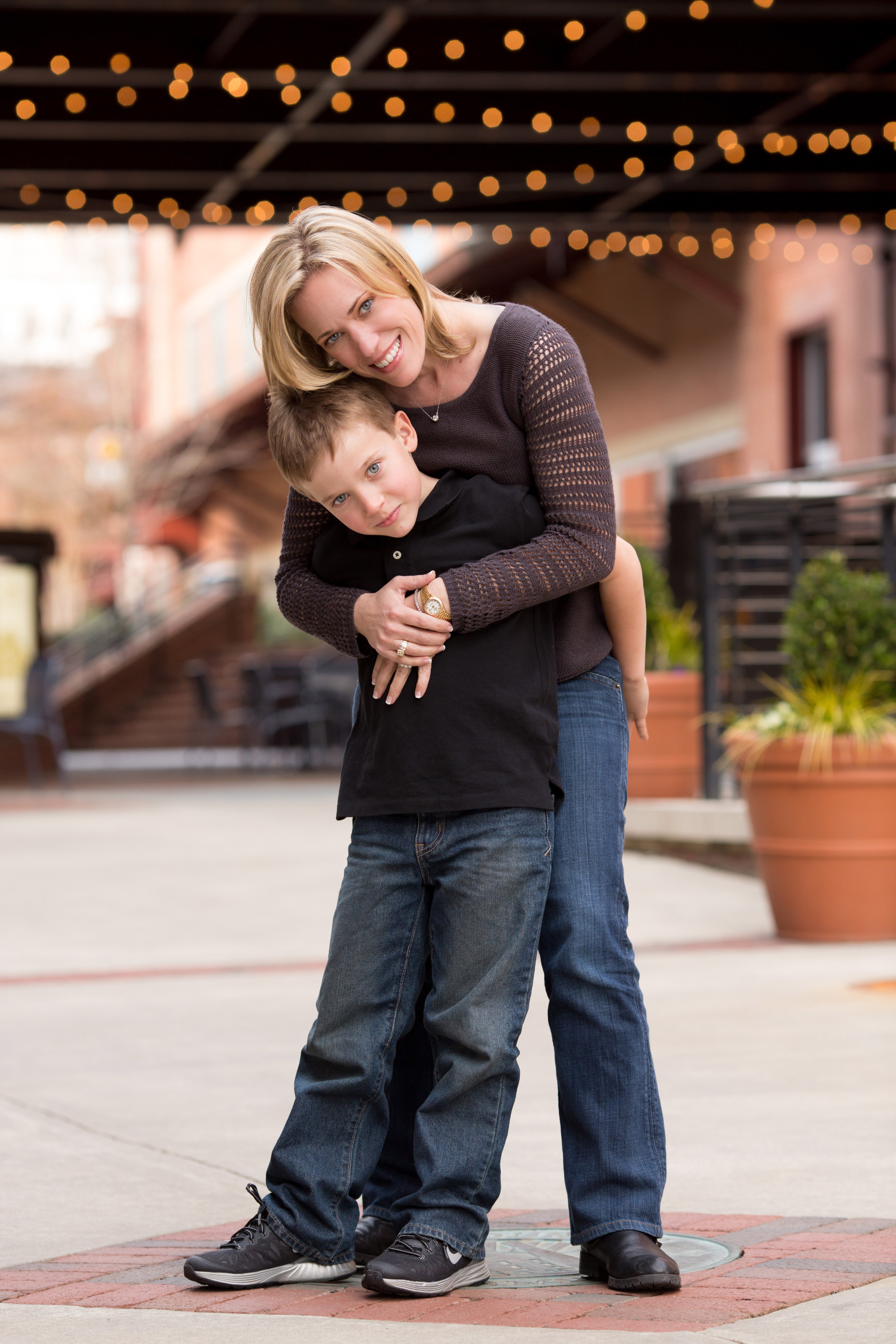 For Sucato, it all started when she noticed that her son Tyler, then 4, would repeatedly melt down in "horrible tantrums" shortly after eating artificially colored snacks and soft drinks. "I Googled the ingredients in all of those things. The only thing they had in common was Yellow 6. Within two weeks, we were a dye-free family," recalled Sucato, noting that Tyler also appeared to react to other artificial colors. Although she can't be certain of a link, she said that Tyler's attention deficit hyperactivity disorder (ADHD) symptoms significantly improved after the change.

"That was three years ago, and we haven't looked back," said Sucato.

To avoid artificial coloring in edible products is no easy task. The additives are found not only in candy, but in a variety of other foods and drinks including yogurts, frozen pops, salad dressings, boxed mac 'n cheese, even pickles. Mouthwash, shampoo, cough syrup and vitamins are among non-food items that are often artificially dyed to make them more appealing to consumers. As more and more colorful products filled grocery and drug stores between 1950 and 2010, the average American's daily consumption of artificial food colors increased more than fivefold.

"Artificial colors are often used to make you think that a product is healthier than it really is," said Lisa Lefferts, a senior scientist with the nonprofit Center for Science in the Public Interest. "They're so unnecessary."

Research dating back to the 1970s suggests that synthetic dyes certified by the Food and Drug Administration could be linked to ADHD and other behavioral problems -- although those results are still fiercely debated. There have also been hints of cancer risks. As consumers have caught wind of the concerns, corporations have taken notice, while still generally insisting on the safety of their products.

In February, Nestle became the first major candy manufacturer in the U.S. to pledge to remove artificial flavors and colors from all of its chocolate candy. By the end of the year, Butterfingers and Baby Ruth bars will no longer contain the likes of Yellow 5 and Red 40. Natural food colors such as annatto, derived from the seeds of the achiote tree, will take their place. (Of course, natural does not always mean safe and these alternatives, too, may trigger allergic reactions.)

Consumer demand is pushing others to find innovative ways to tackle the common downsides of natural colors, such as inferior vibrancy and stability as well as higher production costs, compared to their artificial counterparts. Matrix Genetics, based in Seattle, is among these emerging players.

The company announced in February that it had found a way to manipulate spirulina, a type of blue-green algae, to rapidly and efficiently produce natural food dyes. By adding a second copy of a specific gene, Matrix Genetics said, it can now double the plant's natural production of phycocyanin, a bright pigment that can replace Blue 1. 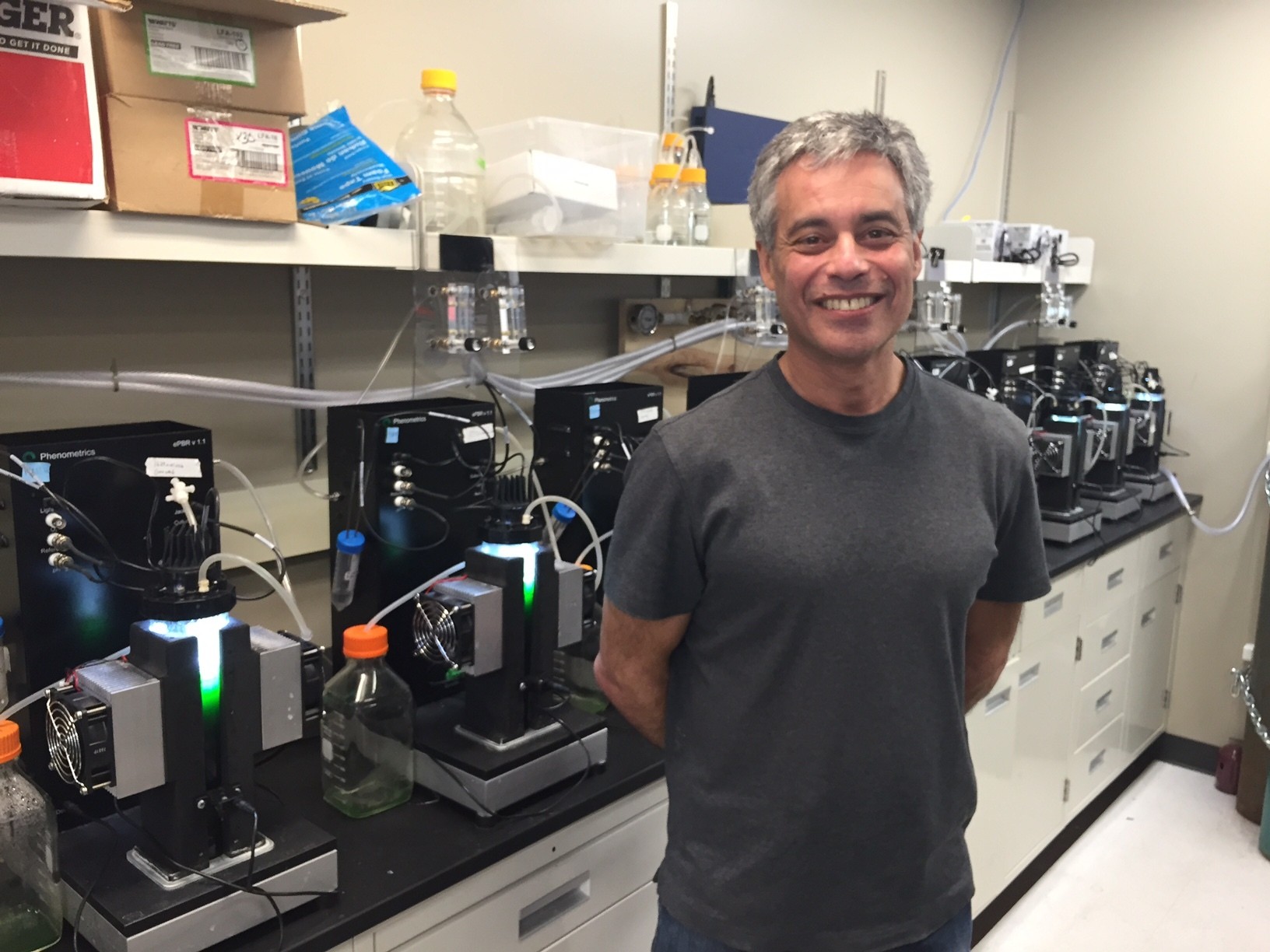 "The door is now open," said Roberts. "The natural colors we can produce will span the entire spectrum."

In addition to modifying the plant's pigment-producing genetics, he noted that his company is optimizing spirulina's ability to turn light into energy. The result, Roberts said, should be safe, environmentally friendly and commercially viable natural colorings. Unlike some of its cousins, he said, the algae does not produce any toxins. It can also be grown in marginal places such as saltwater ponds, noted Roberts, which means the colorings could be made without major impact on fresh waters or use of valuable agricultural lands.

Two years ago, the FDA approved spirulina extract as a color additive for certain uses. Yet high costs and inefficiency have held back production, according to Roberts.

"The first thing that has to happen is for production to go up. Then, costs can come down and more companies will be able to use it," said Elijah Church, manager of technical support at Roha Food Colors. "We're just at the beginning of spirulina's potential."

The catalyst for increasing consumer demand, Church said, was a controversial British study published in 2007 that concluded the consumption of food additives, including food colors, significantly increased ADHD-type behavior. European regulators responded by requiring that food and drink labeling indicate the use of six artificial colors and warn of their potential effects on attention and behavior. Some companies went as far as to remove the artificial colors altogether.

Mars, for example, removed these dyes for M&Ms sold in Europe. The same candies on U.S. shelves, however, still contain three of the so-called Southampton Six: Yellow 5, Yellow 6 and Red 40. The ingredients label on a bag of Easter-themed M&Ms purchased this week by The Huffington Post listed a total of 10 artificial colors. The company maintains that all its ingredients are safe.

In March 2011, responding to a petition from the Center for Science in the Public Interest, the FDA's Food Advisory Committee gathered an expert panel to review the 2007 British study and others into the safety of synthetic food colors. While the committee ultimately concluded there was not enough evidence to support any bans or warning labels, some panel members remained unconvinced.

"The FDA framed the question primarily in the form, 'Are food colors a cause of hyperactivity?'" wrote Bernard Weiss, an expert in environmental health at the University of Rochester, in a commentary after he testified on the panel. His own research has shown a link.

Weiss suggested that a more appropriate question would have been whether food colors are "behaviorally toxic to the general population of children." And he asked, "What kind of data -- and how much data -- does it take to render an outcome conclusive enough for action?"

"Think about how long it took us to prove cause and effect with smoking," added Lefferts, who also sat on the FDA panel. "It was almost as if they were asking questions in a way so that they wouldn't get an answer that suggested a link."

"Those studies that used a bit more seemed to reveal that there certainly were kids who responded adversely to the dyes," said Stevens, suggesting that the use of lower estimates may have affected the outcome of the FDA's review.

In a statement to HuffPost, the FDA said that it continues to be "engaged in the scientific and regulatory review of color additives in food and their potential impact on various populations."

Many consumers are not waiting for any further reviews. Dawn Van Hee, founder of the Natural Candy Store -- which is one of Sucato's go-to sources for sweets -- said she has witnessed a rise in customer demand for and availability of natural colors, especially over the last couple of years.

She expressed frustration that large companies such as Mars won't sell her the same natural products -- like those M&Ms -- that they've been shipping to Europe. Still, "we're seeing a lot of developments in food chemistry," said Van Hee, noting her excitement about the bright blues that spirulina offers.

"It's great to know that more people out there are taking notice," said Sucato. "ADHD is running rampant. If we can calm some of those symptoms with diet, this world would be a more peaceful place."