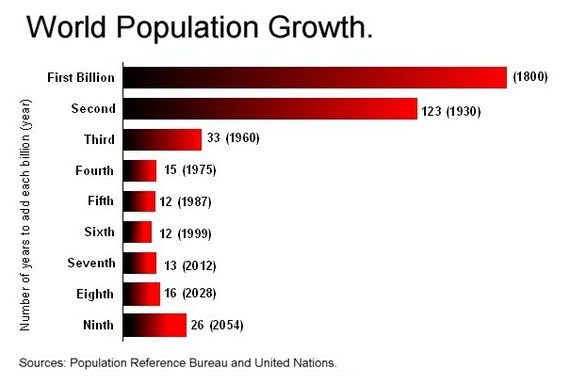 Cutting greenhouse gas emissions from our personal carbon footprint will put all of us in some new, and potentially uncomfortable, situations as we move to more sustainable lifestyles. While it's culturally acceptable to go green in the lightbulb and light transit categories, other conversations -- such as more climate-friendly food, fashion and even family planning -- remain marginalized.

Whether it's veganism, slow and sustainable fashion, or childlessness, there are some critical conversations that we must have, post-Paris climate agreement, that involve what we're consuming and creating. No more business as usual if we're going to slow the rapidly warming planet.

In an effort to reduce my footprint further, this year I became an "end-of-the-liner". Since there's no easy way to talk about this, it's a handy euphemism for a vasectomy. I haven't yet had kids of my own but I've decided to preemptively put an end to my branch of the Shank ancestral line. While perhaps appearing antithetical to my family's longevity, in reality the decision has everything to do with their long-term survival.

My Shank line dates back to Switzerland, hundreds of years ago, when Michael Schenck's name later became Americanized and shortened to Shank. My dad was Henry Michael Shank, passing along the heritage and name to me, for which I am grateful. But I've decided to end the bloodline there.

I should've done the vasectomy long ago, ten years ago at least. Not sure why I didn't. Not enough insurance? Not enough sex education? Not enough comfort with the idea? Who knows why, but I did know early on that I didn't want kids of my own. I should've acted on it then, despite my unease.

When growing up Mennonite, as I did, there's ample pressure to make a family, and early. You should see my family reunions. We'd constitute a small village, with some aunts and uncles bringing a dozen kids of their own. It's been good for farming, no doubt, so I understand some of the reasoning there. But in this day and age, large families aren't essential for survival. In fact, just the opposite is true.

We've got 7 billion-plus people already living on this planet (pretty substantial growth given that we only had 2 billion-plus in the 1950s) and we're slated to have close to 10 billion by 2050. That's 35 years from now. Furthermore, millions of kids need adopting and we're running out of natural resources, food, and water. And to top it off, our modes of consumption and production are rapidly warming the planet. Given all this, I can't justify having kids. It doesn't make sense to me.

To be clear, I love kids. My nieces are some of the most amazing creatures to populate this planet. I adore them both. And I'm a firm believer in the "it takes a village" concept. I take seriously the role of big brother, adopted uncle, colleague, counselor and friend to kids that come into my life and want additional support. And I will continue to support the work of great organizations like the Congressional Coalition on Adoption Institute. We need more of them out there.

Ultimately, however, we need to rethink what it means to be, create, and support a family. Being a great father -- as people have suggested I'd be or encouraged me to be -- is not an act that's limited to my bloodline. Changing the world -- as people have suggested is especially possible with your own kids -- is similarly not limited to bloodline.

Making a positive and powerful impression on kids in the neighborhood -- something I invested heavily in doing, from my Ohio hometown, to my home in Washington DC, to my current home in New York -- can be equally transformative. Raising kids is not the only (or always the best) way to make a difference or contribute. It's time for a redefinition of family, care, and community -- on many levels.

We also need to make it culturally and logistically easier for people to choose not to have kids. The number of hoops I had to jump through in New York State to get a vasectomy would be a deterrent for some: Too many forms, too many conversations, too many doctor appointments, too many waiting periods, and too many unnecessary hurdles (including referrals to see a psychologist to double-check and double-down on the decision).

While I appreciate that my doctors wanted to ensure that I would not regret or reverse my decision, the state-level hurdles imposed were comically burdensome and almost seemed to assume that a fully aware adult could not be trusted to make such a decision.

We need to make it simpler. And we need to do it soon, if we care at all about our survival. We're already witnessing the hottest years on record, the highest carbon emissions on record, the dramatic warming and acidifying of the oceans, rising sea levels, and the worsening of extreme weather.

If we're not careful, adding billions of people has the potential to tip the scales irreversibly and in a catastrophic direction.

When I'm in my seventies, the world's population will be teetering towards 10 billion, a five-fold increase from a mere hundred years prior. I can't imagine what the heat or the carbon-soaked atmosphere will be like then. For the sake of my nieces, and everyone else's, hopefully it won't be record setting or earth shattering. Hopefully we'll have tipped in a more sustainable direction. Hopefully we'll have stemmed the rising tides. But until we do, we need to stem a few more vas deferens. Our survival depends on it.