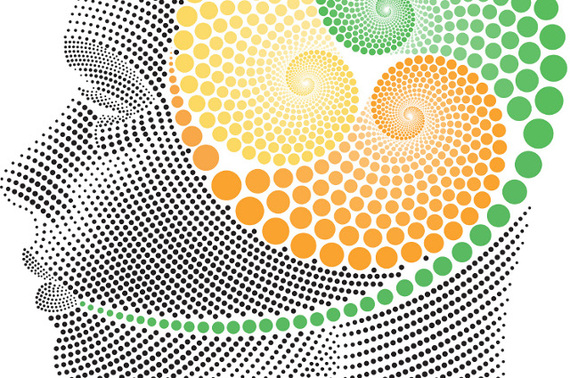 Our eyes are indeed bigger than our stomachs. That is, vision can trump taste when it comes to food. In fact the entire conception of the senses is being turned upside down. Recent research on flavor perception may provide a novel and more palatable way of cutting calories, consuming less alcohol and making better food decisions.

The idea of a one to one correspondence between a perception and an organ has been in decline for some time. For instance, the essential role of smell for taste is not new, as anyone who has had a stuffy nose can attest. The connection of these two senses is a two way street. When asked to describe odors people typically use taste terms such as sweet and sour. For example the smell of vanilla is consistently reported as sweet.

A growing body of research suggests that flavor is more a symphony of senses than a nose and tongue duet. Aroma, taste (sweet, sour, salty, savory, bitter), feel (texture, temperature, consistency), sound (eg. crunchy) and appearance, all contribute to our experience of a food's flavor. Market forces have endowed a formerly obscure subject with enormous profit potential. The industrialization of food has created funding for the science of how we respond to every aspect of food and drink.

Francis Galton, Charles Darwin's cousin, was the first to describe otherwise normal individuals who experience sensations in multiple modalities in response to to stimulation in just one. Those with this condition, called synesthesia, might see numbers or hear tones in color. So one might always see 5s in green or hear the note C as red. Although Galton published his findings in 1880, the phenomenon lay fallow until recently.

While synesthesia is much more common (4.4%) than original estimates, we all seem to possess synesthetic abilities when it comes to food. It should not surprise us that all senses are recruited in a way that heightens experience in a feeding situation. The capacity to find food, assess it's nutrient richness or toxicity (before and after it is in the mouth), and reinforce its pleasure, were critical to our survival. The only other activity that enlists and merges the senses as profoundly is sex, the other imperative for species survival.

One particularly hot arena in multimodal flavor experience research is the visual system. The color of a food has been found to have a surprisingly powerful effect on how we experience its taste. Increasing the color level in a solution increases the taste intensity. But that's just the beginning.

Color appears to be the single most important cue for setting people's expectations about the likely taste and pleasure/disgust of a food or drink.
We experience red drinks as sweeter and blue ones as more thirst quenching than clear or other colors. Attempts at launching clear cola drinks generally fail.

The power of color to affect taste extends to the color of the bowl or plate on which food is served. Popcorn eaten from blue bowls is saltier than any other colored or clear receptacle while red bowls make it seem sweeter. Even the amount consumed can be manipulated with color. People eat more candy if served in multiple colors than if available in only one. On the other hand, one experiment demonstrated that if every seventh chip in a tube was colored red, people ate fewer potato chips than in the absence of the colored chips.

Research indicates that not only color, but the shape of food and what it is served on, affects our desire and the amount consumed. Round desserts are experienced as sweeter than other forms. Angularity is generally associated with bitter and roundness with sweet.

The power of shape is most dramatically observed with drinks through variations in glass type. Elongated glasses are perceived to contain more than the same volume in shorter wider glasses. This vertical-horizontal illusion can change the amount consumed by nearly 90%. Even experienced bartenders pour 26% more alcohol into tumblers than highball glasses when measuring out spirits by eye. Drinking from a straight-sided glass can decrease the rate of consumption by 60% when compared to a fluted glass of the same volume with curved sides.

Synesthesia seems to be a fundamental aspect of human perception. Language provides more than a glimpse at the our predilection for multimodal experience. It is replete with cross-sense expressions. We comfortably describe loud shirts, sharp cheeses, warm colors, and bright sounds. In fact synesthesia is much more common in writers and artists and appears to be associated with creativity. These people share an uncanny ability to link two seemingly unrelated ideas in order to expose a deeper hidden meaning.

These sort of findings have been used by the food industry to promote sales. What if this knowledge base were deployed to promote health? Why not tinker with our synesthetically distorted perception of food in order to redirect our eating and drinking?

We live in a time where the greatest threat to our health is ourselves. Most illness is caused by our behavior. The consumption of excess calories, alcohol, and salt account for the lion's share of obesity, diabetes, and cardiovascular disease. We've learned two big things in this battle. One is how hard it is to change behavior. The second is that knowledge does not translate to behavioral change.

The recent findings in the multimodal perception of food could be used to painlessly nudge us toward better health, despite ourselves.

More:
Diabeteshealthy livingcardiovascular diseaseobesitysalt
Newsletter Sign Up
The essential guide to taking care of your mind and body
Subscribe to HuffPost’s wellness email
Successfully Subscribed!
Wellness delivered to your inbox