Three years ago, Philippe Furlan was diabetic, severely overweight, and going blind. "I didn't know how to eat," said the 50-year-old.

His diabetes medications were not helping, and his health was deteriorating rapidly: his feet were getting huge, he could no longer drive and his doctors warned him that he was close to death. He had lost hope.

But he did not want Nicolas to grow up without a dad. So he made a change. He switched to a plant-based diet with some fruit and lots of nutrient-rich food. "I wanted to be there for my son, so I learned how to cook and eat healthy. And nutrition saved me."

Today, Philippe is 130 pounds lighter and no longer needs diabetic medication and insulin. Together with Stephanie Quilao and Robert Sloan (and Nicolas), he was part of team Vibrantly, an iPhone app that offers recommendations based on the color palette of the food photos you upload, which won the first of its kind Food Hackathon this past weekend in San Francisco. 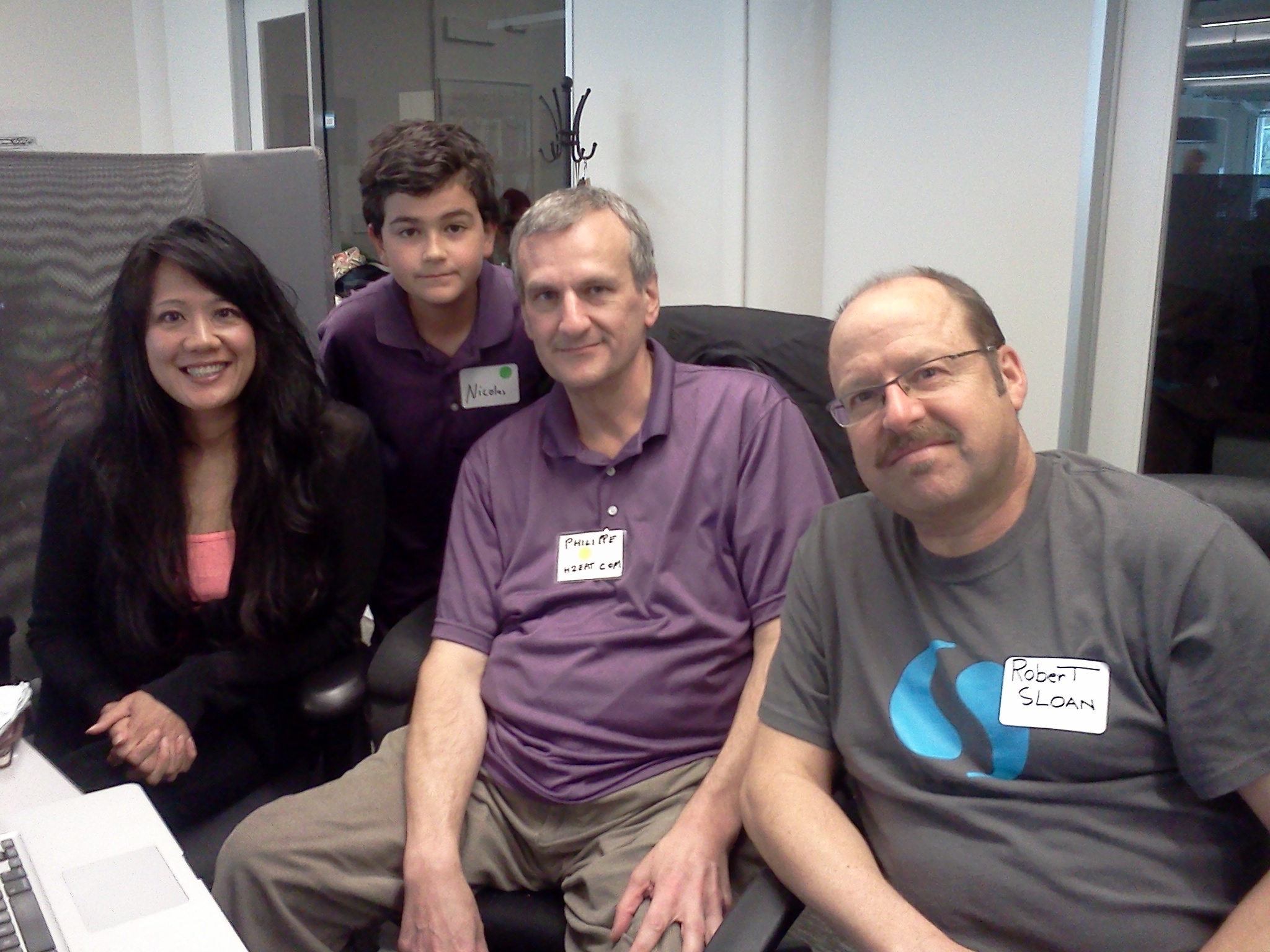 Like Philippe, many of the participants I spoke with shared personal stories that led to their passion for food and tech, usually touching on a combination of three themes.

Health and Nutrition. Philippe said he would not be alive today had he not made dramatic changes to his diet. As his teammate Stephanie stated, "Food can be your disease, and it can be your cure." In the United States, we have the highest rates of obesity in the world, and spend nearly to the least amount of time eating. Opportunities abound for startups to play a pivotal role in expanding education and information around healthy eating, improving access to quality food, and minimizing the inconveniences of selecting, preparing, ordering, delivering, and picking-up.

Sustainability and Processes. When Tim West, a co-organizer of the Food Hackathon, was 16 years old, he sat down to a family meal at The Flying Pig Cafe in Mt. Kisco, N.Y. that would change his life. On one side sat the farmer who had grown his food; on the other side sat the chef who had prepared it. He had an awakening: "It was the first time that I thought about where my food came from and how it ended up in front of me. I began to research the food system. And I realized that it's broken."

Food Hackathon judge and venture capitalist Renee DiResta emphasized the huge opportunity for companies to innovate "around all steps in the process of how food moves from farm to table."

Farmers are increasingly incorporating data-driven tech for herd and crop management. New labeling technology allows consumers in the grocery store to scan an apple and see where it came from and how fresh it is. And once you've brought your food home, there are a wealth of apps to help you manage your diet and find delicious recipes.

From seed to stomach, technology now permeates all levels of the food system.

Community and Sharing. Since my time as a graduate student at the University of Cambridge researching how disasters and other shared traumas can bring people together, I have been thinking about how everyday, more "positive" types of events can lead to similar levels of trust and camaraderie. If looking for an experience that touches us all each day of our lives, food seems to be a pretty good place to start. "Food has the power to bring people together" by offering the opportunity to unite different values, said Foodspotting's Alexa Andrzejewski. Food is "the greatest common denominator," echoed Tim West. Food gives us the chance to "share our cultures and family traditions," said Cynthia Samanian, a participant in the hackathon.

The presenting teams are listed below.