“Let food be thy medicine and medicine be thy food” is a phrase credited to Hippocrates, an ancient Greek physician thought to be the father of medicine. In other words, the notion is nothing new.

But its hold over us is as strong as ever.

The way health influencers and diet gurus talk about certain trendy health foods, you’d think they could cure cancer. In fact, there are people who say that certain foods can cure cancer and other illnesses. Anthony William, known as the Medical Medium, published a book about celery juice and told Goop that he has “seen thousands of people who suffer from chronic and mystery illnesses restore their health by drinking sixteen ounces of celery juice daily on an empty stomach.” Dr. Oz has promoted certain foods as having “cancer-starving benefits,” suggesting that eating them in particular quantities may literally prevent cancer from spreading in your body.

Though at first glance these claims might seem hopeful, or harmless, thinking of food as medicine can actually be dangerous. For one thing, it downplays the importance of actual medicine in the treatment of diseases. Not to mention it’s manipulative (and sometimes insulting) to suggest that a person could solve their health problems with a simple diet change.

Food does play a central role in the treatment of a few diseases, but these are relatively rare.

In the case of certain diseases, the effect of diet is well supported by evidence. People with diabetes need to be mindful of how food affects their blood sugar levels, and children with epilepsy might benefit from following a ketogenic diet.

“Then there are specific conditions where you need to avoid a specific nutrient,” said Christopher Labos, a cardiologist and epidemiologist at McGill Office of Science and Society in Montreal. “Phenylketonuria (PKU) occurs when babies are born without the ability to metabolize the amino acid phenylalanine. So, it must be removed from the diet to avoid the neural complications of PKU.”

Diagnosed food allergies make it necessary to avoid certain foods. Similarly, some autoimmune conditions are directly linked to certain foods. Labos points to celiac disease, an autoimmune condition in which consuming gluten can trigger damage to the small intestine and malabsorption of nutrients. “That said, the gluten thing has been blown out of proportion — people avoid it even though they don’t have celiac disease, which is pointless.”

Food also plays a role in digestive conditions. “People with IBS, Crohn’s disease and ulcerative colitis may need to be more careful about their diets, because certain foods might trigger their symptoms,” Labos said. Still, these conditions affect people differently, and it’s not true that avoiding one food or loading up on another will “cure” any one of them.

But for many diseases, there’s not enough evidence to say that food is a part of treatment.

If you come across someone on social media claiming that a certain restrictive diet can prevent or cure a disease — lately, this seems to be happening with low-carb diets and dementia — there are plenty of reasons to be skeptical. Even if they cite a scientific study as proof of their claims, this doesn’t mean those claims are legitimate.

“There’s so much research being produced, and not all of it is good quality,” Labos said. “If you only look at one study and don’t look at everything that’s been done in that particular field, you’re going to get a very skewed view of what’s out there.” Put another way: “If the nine studies that came before you were negative, and yours came out positive, you’re not groundbreaking, you’re an outlier. If you ignore all the stuff that contradicts what we’re trying to say, you’re just cherry-picking the data.”

If you want to make sure you’re getting legitimate, evidence-based information, you can look to sources like the Agriculture Department’s Dietary Guidelines, the American Heart Association and the National Institutes of Health. If you do choose to follow health influencers, it’s a good idea to do some research on the claims they’re making. If they cite a study as evidence, make sure that the study was done in humans, that the sample size was large and that it was published in a legitimate journal. Then search for other studies on the topic to make sure that the results line up.

Conversations such as the one in the clip above can convince people that food can be as effective as medicine in curing certain diseases.

A quick look into those claims about low-carb diets curing and preventing dementia, for example, is illuminating. “There is currently no evidence in the research that certain diets, such as low-carb, keto or whole foods, help in the treatment or prevention of neurodegenerative diseases such as ALS or Alzheimer’s,” said Shannon Hughes, a Colorado-based registered dietitian and physician assistant. What’s more, “when individuals with these diseases are placed on these kinds of diets ... harm may be done, as this population is already at risk for malnutrition.” These diseases often cause unintentional weight loss due to increased metabolism, loss of appetite and difficulty swallowing, so adding a restrictive diet to the mix can be dangerous.

All of this isn’t to say that nutrition doesn’t play a role in health. “A healthy diet overall is going to decrease the probability of you developing any number of medical problems because you’ll be an overall healthier person,” Labos said. “We know that trans fats are probably bad, unsaturated fats are probably better than saturated ones, and that a diet rich in fruits and vegetables is probably good.”

There’s plenty of epidemiological evidence for this — that is, large population-based studies have consistently found strong correlations between certain eating patterns and lowered disease risk. For example, a 2018 review of the literature looking at research on diet and heart disease found that “dietary patterns that include a variety of fruits, vegetables, grains (mostly whole grain), reduced-fat dairy, lean protein foods (meat, fish, poultry and/or alternatives), nuts, seeds and vegetable oils” can promote health and reduce a person’s risk for heart disease. And a 2018 study of 776 American adults added to the already large body of evidence that eating a lower-sodium diet can help reduce blood pressure. Still, Lobos pointed out that correlation isn’t the same as causation. Following evidence-based dietary recommendations can help manage and reduce the risk of chronic diseases but definitely can’t guarantee prevention or cure.

Beyond this, there’s really no evidence supporting any one food, or any specific diet, will be the magic bullet to the prevention of all maladies. “People who are dogmatic about “eat this, not that” often aren’t backed by research,” Labos said. “There’s just not enough evidence.”

And prevention is different than treatment. “For instance, there is strong evidence that a high-fiber diet may prevent colon cancer, but that is not the same thing as saying fiber will treat colon cancer,” Hughes said. Forgoing potentially lifesaving chemotherapy and instead looking to a high-fiber diet to cure colon cancer could literally be the difference between life and death.

The idea of food as medicine might seem empowering, but it holds individuals responsible for things out of their control.

“Nutrition has gained a lot of traction in the popular and social media, and is a big focus of everyday life for many people,” Hughes said. “It gives people a strong sense of control and individualism in terms of their health.”

The problem is, there’s so much more to health than food and nutrition. “‘Food as medicine’ elevates the idea that food and nutrition is a cure-all and that a person has complete control over their health, dismissing other factors such as genetics and social determinants of health,” Hughes said.

Though advocates of the message sell it as “empowerment,” holding someone (and their diet) fully responsible for their health outcomes just isn’t fair. “For instance, it is ‘your fault’ you got cancer because you did not eat a ‘good diet,’ or you ‘didn’t care enough to eat right,’” Hughes said. Really, though, there’s so much more to it. “A person could eat a diet rich in polyphenols and still get cancer, or follow a Mediterranean diet and still get cardiovascular disease,” she said.

Food is only one of many factors that influence health. Though a healthful overall diet can indeed help in preventing certain diseases, it’s not a bulletproof defense. And no food or diet is an adequate substitute for real medicine or medical treatment.

This piece has been amended to correct the location of McGill University.

The Food Trends That Defined Us In The 2010s 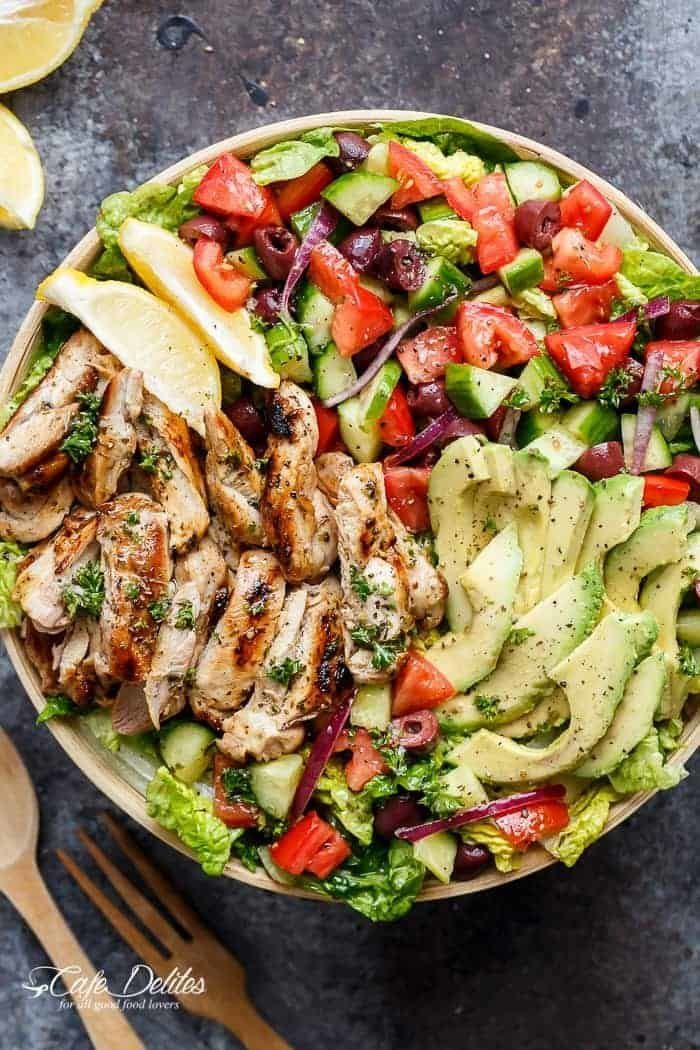