Inviting gentile friends over to a traditional Jewish meal at my house is an embarrassing prospect, at best. I usually spend the entire time saying, "Just try it" before watching my guests figure out how to execute a tactful spit-it-out-in-a-napkin.

Which is why I've stopped the whole coaxing act altogether and resigned myself to the simple fact of Jewish cuisine: There are just some foods you couldn't pay most Jews to touch if we hadn't been weaned on them.

1. Gefilte Fish My philosophy when it comes to gefilte fish is that the fewer questions you ask, the better it will taste. Traditionally, it's a boneless mixture of carp, pike, mullet or whitefish prepared into a loaf and served as an appetizer. Not everyone was fortunate enough to have a Bubbie who could make gefilte fish from scratch (yes, my Bubbie is that awesome), but that doesn't mean you can't get delicious, albeit sugar-filled, frozen loaves of the stuff at your local grocery store. I personally don't eat it canned, but I know plenty of people who don't gag at the sight of fish gel. 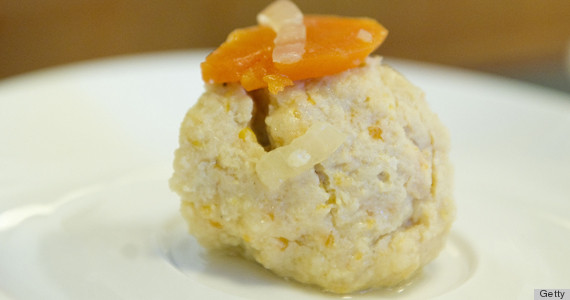 2. Chopped Liver As pâté's less glamorous cousin, chopped liver combines liver, onions and hard-boiled eggs into a spread that you can put on bread or sandwiches. You no doubt know the saying, "What am I, chopped liver?" That supposedly came about because chopped liver is typically served as a side dish and not as the main course -- hence, it conveys that someone feels overlooked. That perhaps can give you an idea of how chopped liver compares to pâté in the world of fine dining. 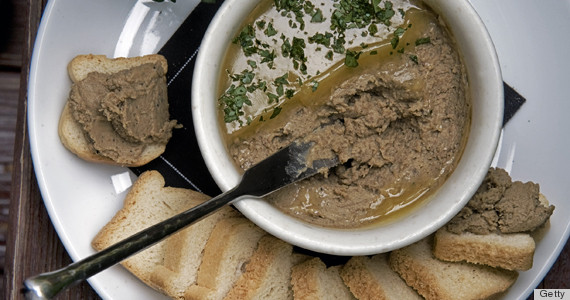 3. Shmaltz Many people have used shmaltz, rendered chicken or goose fat, to take dishes to the next level (Bon Appetit's editor, Adam Rapoport, even puts them in his latkes). In an age of low-fat, "clean" eating, it's hard to defend such a blatant source of cholesterol other than to say that it tastes fantastic. But yes, it's totally gross, too. 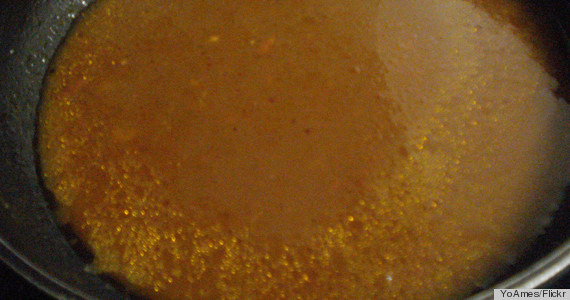 4. Tongue Sure, plenty of cultures have their own versions of cow tongue -- I highly recommend you try a lengua taco before you die. But there's something uniquely unappetizing about the way Jews eat it. When used as a deli meat, you can literally see how the fatty protein you're eating was once a cow's tongue. I have no defense for this. 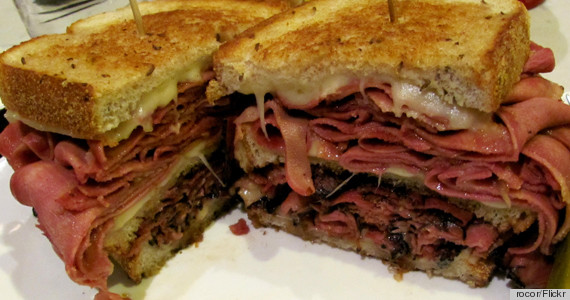 5. Kishka Even I hesitated to try this one. Kischka is a sausage type of food that's usually composed of intestines stuffed with a mixture of meat and some sort of grain. Like gefilte fish, you don't really want to know what's in it, but you'll know when you've had a good one. My mother, like a lot of Ashkenazi Jews, adds kishka to her cholent, and it's one of the greatest/strangest combination of dishes that's ever existed. 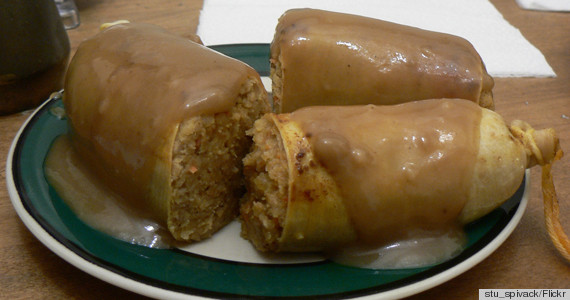 6. Horseradish You'll generally only see this in a Jewish setting on a Passover seder plate (it's the maror or "bitter herb") or served with gefilte fish, but the taste will no doubt surprise you the first time you eat it. Plenty of cultures, including the Brits, also eat horseradish, which is a mixture of grated horseradish root and vinegar. But I've only eaten it during holiday meals at Jewish homes. Pro tip: For the faint of heart (i.e. me), stick to the pink beet horseradish, and not the spicier, cream-colored stuff. 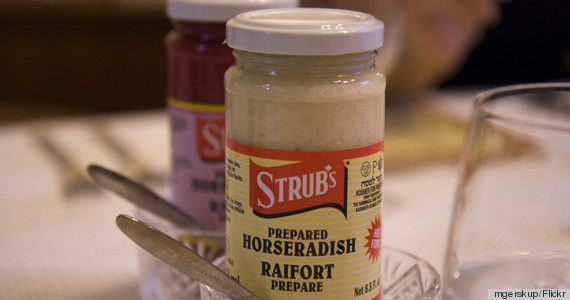 7. Pickled Herring I once bonded with a Swedish friend over our respective culture's love of herring, but I've yet to meet anyone who's willing to try it if they hadn't been fed herring their entire lives. It's fishy, it's pickled and it smells just like you think it will. 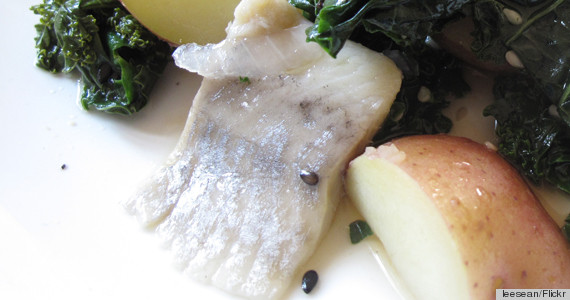