In today's food world, it isn't enough to just have a great burger. People want more, like burgers served in a bun made of ramen noodles. Same goes for donuts. They've become passe, boring even. And so in swooped the Cronut to steal the show. Not even avocados are safe, guys, with people baking eggs into their center and all.

Since we live in a day and age where everyone wants more, food mashups are a natural answer. In case the trend has passed you by -- you know, if you've been living under a rock -- there are more than a handful of mash-ups being created in the food world at this very moment. A new one was probably created while you were reading these words.

In other words, there are a lot of them -- a dizzing amount. Between the cragel, doughscuit and cuffin, it's easy to get confused. But graphic designer Lily Tidhar created an interactive infographic for Fast Co Design called the Giant Wheel of Food Mashups to sort through the chaos. It'll help you learn what makes a brookie different from a dannoli. Finally.

Here's a peak at the great wheel. Click on over to the site to see it in action. 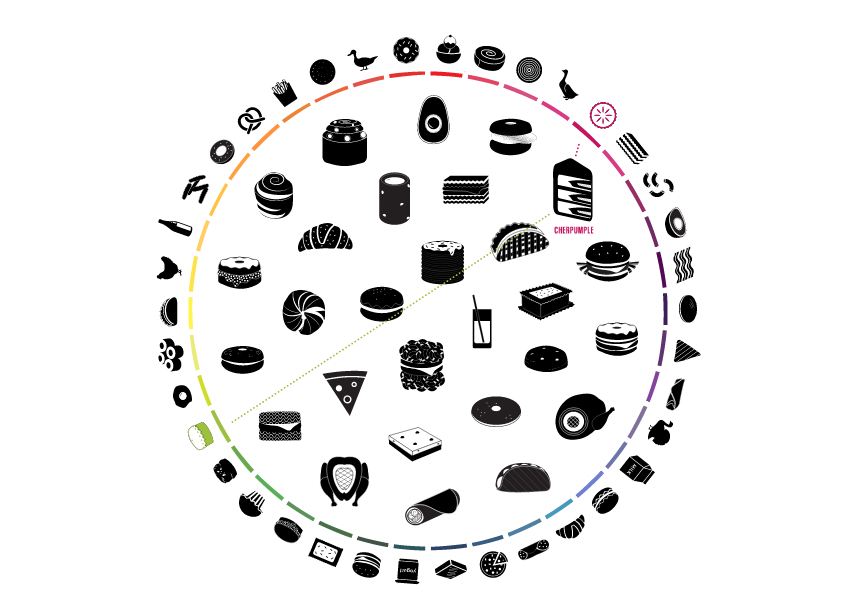