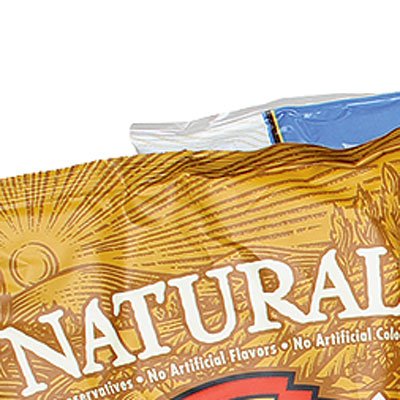 I live in Vermont. I have cows and goats as neighbors. I buy chickens from the farm a mile down my road. I’m the editor of EatingWell Magazine, for pete’s sake, which champions wholesome, local food and healthy eating.

So you would think I’d know what terms like “all natural” mean. Especially when “All Natural” appears on a pint of Ben & Jerry’s ice cream, which is made exactly 10.3 miles away from my house.

Well, apparently I don’t. Nor do many people. Because somehow factory-made ingredients like “fake vanilla, alkalized cocoa, corn syrup, and partially hydrogenated soybean oil” have found their way into 48 of Ben & Jerry’s 53 “All Natural” flavors, according to the Center for Science in the Public Interest, a Washington, D.C.-based nutrition and health advocacy group.

Recently that nonprofit watchdog group sent a letter to Ben & Jerry’s parent company, Unilever, requesting that it stop using the term. This past week, Unilever agreed to take the term off the label. This same week, Vermont congressman Peter Welch sent a letter to the makers of Log Cabin Syrup, asking them to remove “Natural” from their label, since the syrup contains an artificial caramel coloring. (Log Cabin is removing the coloring.)

But what about all the other “natural,” “local” or “organic” claims companies make on their labels—which ones should we believe and which ones are just hype?

WHAT, EXACTLY, IS “NATURAL?”

Who can use it: Anyone can put the term “natural” (or “all natural”) on most foods, since the Food and Drug Administration has no formal definition of the term and doesn’t regulate it or really police it. So far, according to the agency, it has “not objected to the use of the term if the food does not contain added color, artificial flavors or synthetic substances.”
The one exception: meats and poultry, which are regulated by a different organization, the US Department of Agriculture.

What it means: According to the USDA, meat and poultry that has “no artificial ingredient or added color and is only minimally processed may be labeled natural.”

The term “naturally raised” is a voluntary (read: unregulated) label that means livestock have been raised without antibiotics and growth hormones and have not been fed animal by-products.

The benefits: Foods labeled “natural” should not contain synthetic food dyes. Recent studies have linked synthetic food dyes with hyperactivity in children and even with cancer—enough to cause CSPI to call for a ban on synthetic dyes (ones that appear with a number after them, such as Blue 1 and 2 or Yellow 5 and 6) recently. This doesn’t mean all our food will become duller: plenty of natural colorants abound.

What it doesn’t mean: Since there is little policing on the term “natural” it’s best to read the label to see what is really in your food. For instance, the Tostito’s claim “All Natural” (shown here) is true—Tostito’s Natural Corn Chips are made with only organic (non-GM) corn, corn oil and salt. However “natural” in no way implies any product is organic, local, or humanely-raised.

WHAT DOES “ORGANIC” REALLY MEAN?

Who can use it? “Certified organic” is one label that is strictly regulated. To be “certified organic” a farm must have been pesticide- and herbicide-free for at least three years. Livestock producers have even more stringent requirements regarding the feed and care of their animals. Certification is an expensive and time-consuming process, which means many very small farms that may be following organic practices don’t bother getting certified.

What it means: The product was made without using pesticides or herbicides, antibiotics, hormones, irradiation or bio-engineering (i.e. GMO). It means the farm has been inspected, farm animals given a chance to range in the open air, and that sustainable agricultural practices are in place. For farmed fish, it means that less than 25% of their feed comes from other fish and did not come from forage fish that have been depleted in the wild. Wild fish are not labeled organic.

The benefits: Organic produce has fewer trace residues of pesticides and more nutrients, some studies claim. Organic farming—both for produce and meats—means fewer pesticides, herbicides and antibiotics impact the groundwater and that environmentally sensitive practices are in use. Last, organic farms are regularly inspected and organic meats are more easily traced back to their farm, so if a food-safety issue occurs, it’s easier to find out where the food comes from.

What it doesn’t mean: An organic label indicates that 95% of the product is organic (there is also a “100-percent organic” label). And a food with at least 70% organic ingredients can be labeled “made with organic ingredients.” Organic also does not guarantee that it was produced on a small farm, is healthy, or that animals were treated humanely.

12 Foods You Should Buy Organic

15 Foods with the Lowest Pesticide Resides

HOW LOCAL IS “LOCAL?”

Who can use it: Anyone can say their food is “local” and there are no regulations on the term. But local to where? The country? The state? The town? Federal regulations require “country of origin labeling,” or COOL, for meats fish, fresh and frozen produce, peanuts, pecans and macadamia nuts. Congress has also passed an act that defines the “local” label as “the locality or region in which the final product is marketed, so that the total distance that the product is transported is less than 400 miles from the origin of the product; or the State in which the product is produced.”

What it means: Unless you visit the farm, it’s truly hard to know what “local” really is. In Vermont, the term is regulated to mean “local” to Vermont or made within 30 miles of where the product is sold. Some states certify farmers’ markets to make sure that you are buying directly from a local farmer. California, for instance, requires that the farmer actually grows the produce he or she is selling at a California Certified Farmers’ Market (as opposed to selling through a packager) and that the produce is grown in state—but that too could be 400 miles away.

The benefits: Buying local supports a local economy and helps ensure that open land will remain in agriculture. It can also be better for your health, since local fruits and vegetables are often allowed to ripen longer and thus often taste better and carry more nutrients. And it could benefit the environment: one study by the Leopold Center for Sustainable Agriculture shows that if Iowans purchased only 10 percent of their food from their home state, it would reduce carbon emissions by 7.9 million pounds a year.

What it doesn’t mean: Just because it says “local” doesn’t mean that the food wasn’t produced on a factory farm, or that it is organic, sustainable or even… ahem… “natural.”

Related: Do You Know Where Your Food Comes From?

So what do I choose? Whenever possible, organic, local and natural. Better yet, I grow or make my own food when I can.