Someone once told me that shame isn't something we're born with, it's something we learn. This was never more true for me than the first time I pulled a matzah, peanut butter and jelly sandwich out of my lunchbox in the school cafeteria. My school, Puesta del Sol, located on a dusty mesa called Rio Rancho, New Mexico, was predominantly Catholic, as is much of the rest of my home state. I wasn't quite prepared for the fact that that "crackers sandwich," as my friends called it, would lead me to have to explain for the first time that I didn't celebrate Christmas. Have you ever seen a seven-year-old try to explain the nuances of Judaism's perspective on Jesus to other seven-year-olds? The next day, I requested that the matzah be left out of my lunch.

This conversation about food shame isn't unique to me, to Passover, to dusty mesas -- it happens to all of us at some point. We spend a lot of time here reflecting on the strength, the clarity, the memories that our food culture affords us. It's probably time we talked about the ways it embarrasses the hell out of us.

A recent Texas Monthly article, "The Most Important Taco of the Day," discusses the inevitability of the breakfast taco's rise to breakfast and brunch fame, and how crazy it is that it hasn't already happened. We're talking about a taco (arguably one of the human race's best edible creations), stuffed with eggs, bacon, cheese, occasionally potatoes and usually salsa. Even for the most culturally cautious palate, that's a pretty familiar collage. What could possibly be contributing to the fact that every diner in America doesn't list breakfast tacos on their menu? Robert Vasquez, of the Tamale House in Austin, says maybe food shame.

You wanna know what it was like as a kid eating tacos? If I took tacos to school, everyone would say shame on you. There was a lot of shame eating a taco back then. You had to hide them. You couldn’t eat them in front of nobody. And this was among a school that was 80 to 90 percent Anglo and very few Mexicans. So I had to hide my food. But now, 80 to 90 percent of Anglos eat tacos! I would say 80 to 90 percent of my customers are Anglo. And they eat tacos like they’ve never had anything before in their life! So things have changed. I think to myself, I remember a time when I would get made fun of. And now everybody’s eating tacos. It’s not just Mexicans anymore.

I found this article via Slate, via a friend on Facebook, Matt Pennington, who posted it because it reminded him of his childhood. His mother was ashamed of tortillas, while he was always proud.

My mother was the oldest of five in a blue collar family with one special needs child. There wasn't a lot of extra cash around. So, for her, there weren't any options for lunch except tortillas. In her mind, they marked her as poor or impoverished. I, on the other hand, was a latchkey kid in a middle class family. I'd steal tortillas out of the fridge every chance I got. Especially the homemade ones. Those tasted like my grandmother' s kitchen and too much was never enough. Especially the more middle class we became.

I already know that this is not specific to the southwestern US. I know that, in part, because of Francis Lam. At 2013's Southern Food Writing Conference, Lam told a story about a pork chop. Not just any pork chop -- a Chinese-style pork chop with pickles that he'd procured on a much-desired, fondly-recalled lunch with his father. The next day, he'd excitedly warmed up leftovers in the microwave at his parents' New Jersey business. Just as he was about to tuck in, a business-man, dressed in a suit, with what may have been an English accent walked in. Abruptly, he said, "What is that dreadful smell?"

He knew it was the pork chop. He threw it away without eating it. "I realized -- that's what shame was," Lam told us.

I've been thinking about what he meant ever since. I knew that I'd felt this food shame before, but until that moment didn't really consider whether it was universal. I asked around the office, the answers were nearly immediate.

"Steak Tartare," said Julie Thomson, Associate Editor at HuffPost Taste. "My parents are from Belgium where this dish is as common as fries. We ate it about once a week at my house. It was always horrifying when my mom decided to make it when a friend was over for dinner. (She did this of course because she considered it a treat.) But how do you explain to a 10-year-old that they have to eat raw meat for dinner?"

It isn't only our own culture that occasionally makes us wish we could turn inside-out, sometimes it's our appropriations of the other ones. Kristen Aiken, Senior Editor at HuffPost Taste is head-over-heels in love with a cake her mother makes -- as long as you don't ask what it's called.

I come from a VERY churchgoing family, and my mother is basically the Protestant Mother Teresa. And though she's generally a horrible cook, she has mastered a few things -- one of them being something called Jewish Apple Cake. I eat it like a maniac because it's so insanely good, but whenever someone asks me what I'm eating, saying "Jewish Apple Cake" makes me feel like a complete fraud and I get weirdly self-conscious.

Even I had to grill her on what made it "Jewish." So far we've determined that it has apples in it? Who knows how these things get translated over the years.

I'd begun to notice a pattern, the shame we feel surrounding food also has to do with our desire to protect our culture and our family traditions. Nearly all of these stories originate in the storyteller's youth. We have to learn as kids to defend the soft shell of who we are against the prods of the outside world. That was, until our Editorial Fellow, Nile Cappello, spoke up.

"This has more to do with what I didn't eat," she began. "Since my entire family is Sicilian and proud, my relatives were always stunned by my eating habits. I didn't eat marinara sauce growing up and don't drink coffee, while my cousins were begging for it before the age of five. I ate a ton of rice cakes and vegetables (as an infant my mom used to spoon-feed me fresh avocados), and my extended family could be hard on my parents because we were the 'healthy California' part of the family."

Guys, this means that even our own families can be enemy combatants in the food shame war. But it also means that the cultural integrity we're protecting is our own, individual of our family's preferences, our education, what our parents had or didn't have. That means that along with being born with our own sense of taste, we're also born with the desire to protect that taste. It's why picky eaters hate getting called out at the dinner table and why someone will avoid trying something for decades because they're afraid they won't like it.

Am I saying we're all onions? Yes, I guess I am saying we're all onions. But I'm also starting to believe that we're all singularly equipped to teach one another something about food -- which, of course, has the inevitable flip-side that we can all learn something, food-wise, from one another. And although these stories of food shame clearly carry some pretty heavy psychic weight for all of us, maybe they exist to teach us what we think, as individuals, is worth standing up for about ourselves. I can tell you now, without question, that I'm prepared to lobby for the integrity of breakfast tacos, tortillas, Chinese pork chops, steak tartare and avocados from a spoon. Matzah? Maybe still not so much. 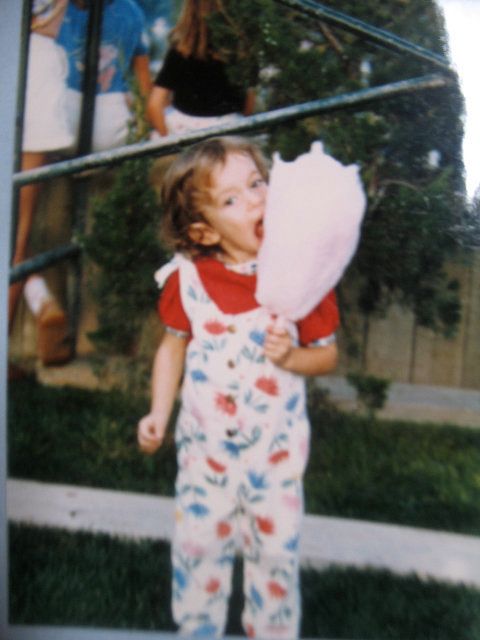