Food banks across the country are bracing for what has become an annual occurrence during this season: a spike in demand as millions of Americans struggle to put holiday meals on their tables.

For those who help the hungry, 2013 is looking a lot like the years since the recession began—with the added challenge of a $5 billion cut in food stamp benefits, which took effect Nov. 1. About 48 million Americans will be hit by the reduction in the Supplemental Nutritional Assistance Program (SNAP), which will subtract $36 per month for a family of four. Total benefit amounts vary by state.

“Nobody’s been able to catch their breath,” said Ross Fraser of Feeding America, a nationwide network of 200 food banks that supplies 63,000 agencies around the country. “Everyone’s scared to death about these SNAP cuts.”

As advocates for the hungry tell it, the reduction in food stamp benefits — the result of an expiration of a temporary boost enacted in 2009 — couldn’t have come at worse time.

The Great Recession has already stretched food banks’ ability to help the 15 percent of all Americans who are considered “food insecure,” according to an Agriculture Department report. Many of those people do not use food stamps.

The cut in food stamp benefits will only increase the demand.

Enrollment in food stamps is almost three times what it was in 2000, but that hasn’t lessened the dependence on food banks. Since 2006, the number of Americans receiving aid from food pantries and similar services is up almost 50 percent, according to Feeding America.

A survey by the nonprofit Food Bank for New York City found that almost half of its food pantries and soup kitchens were forced to turn visitors away at some point last year, with 83 percent blaming a lack of food. At the same time, the group said their ranks shrank during the recession, with 247 of its partners closing since 2007.

That led to a welcome infusion of meat donations to the state’s food banks, supplementing the normal fare comprised largely of canned vegetables and other non-perishables, said Jake Bruner of the Hoosier Hills Food Bank in Bloomington, Ind.

Those additional donations were well-timed. Hoosier Hills has already distributed more than 3.2 million pounds of food this year, Bruner said, more than in 2011 or 2012.

“Some pantries are serving thousands of people a week,” he said.

The spike in demand has led to an unexpected benefit: In the past, fresh food and produce often lingered on shelves so long it went bad. Now, that’s not a concern.

“A lot of those are fairly rural counties,” Bruner said of the areas his food bank serves. “We’re seeing agencies, a mom-and-pop food pantry, being able to take full bins of bananas and distribute them quickly.”

In Fort Smith, Ark., near the Oklahoma border, the River Valley Food Bank is nearing the end of its own record-setting year, having distributed more than 8 million pounds of food in 2013, compared to 6.7 million last year.

The reason for the jump is a mix of still-increasing demand and the bank’s ability to store more food, said its director, Ted Clemons. “When you can distribute 8 million pounds and the pantries are still taking that food, that shows there is a demand,” he said.

Unlike past years, the food bank didn’t receive any donated turkeys this year. So River Valley held a one-day “turkey drive” last week. Halfway through Friday’s effort, Clemons, reached by phone while out collecting turkeys, said they’d already collected more than 300, with a goal of 800 for the day.

But even the most robust food banks aren’t able to fill the need, a fact that was true even before the recent food stamp cuts. By Feeding America’s estimate, the benefit cuts will cost 1.9 million meals for low-income Americans next year—more than half the number of meals the organization distributes in a given year.

Even at Washington, D.C.’s Capital Area Food Bank, which moves 45 million pounds of food each year from its 100,000-square-foot facility a few miles from the U.S. Capitol, organizers know they can’t feed everybody who is hungry.

The facility covers parts of Virginia and Maryland, along with the nation’s capital itself, where almost one in four residents is on food stamps. In preparation for the holidays, the food bank bought 50 percent more food this month than it did in October. Two weeks ago, it received a donation of 1,000 turkeys from a grocer.

“It would be great to put ourselves out of business,” Page Crosland, director of media and events at the food bank, said last week. “But I don’t see that happening.” 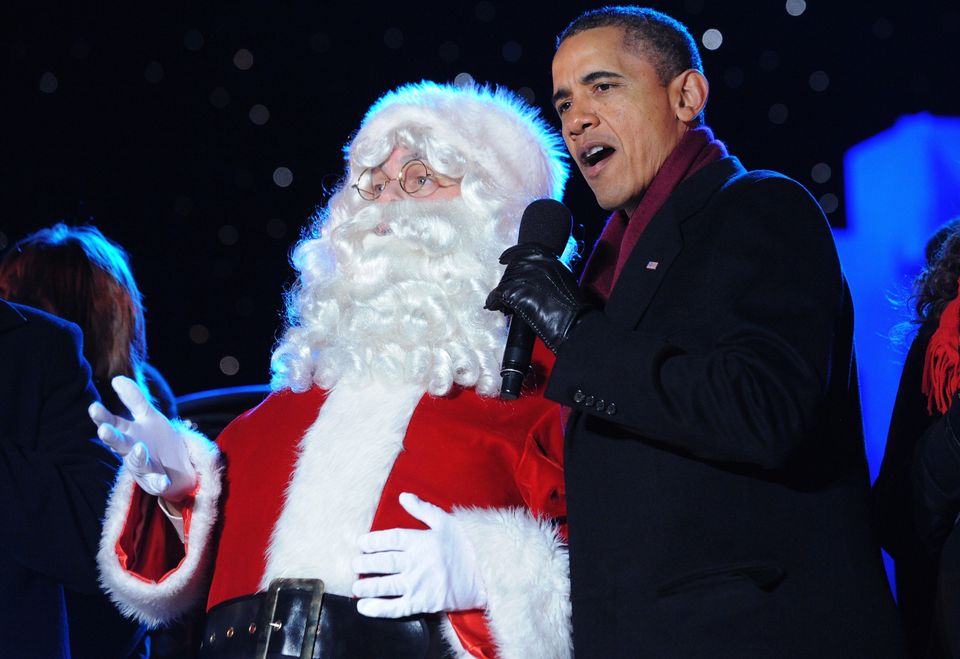