Think back to the last meal you enjoyed. Did you eat alone or with family? Was your cell phone in sight? Were you reading the paper, watching TV, or chatting about your day? Try to recall those conversations; were they memorable?

Now ask yourself: What if you did it all differently?

Here’s the thing: People are doing mealtime differently, all around the world. Every culture’s people eat in their own unique way, and every family has its own special flair, too. Some of those customs make you more present in the moment, while others help forge deeper family bonds. In the spirit of focusing more on our loved ones when we gather to eat, we’ve partnered with DixieⓇ to bring you some of our favorite family-first mealtime traditions from all across the globe. Bon appétit! 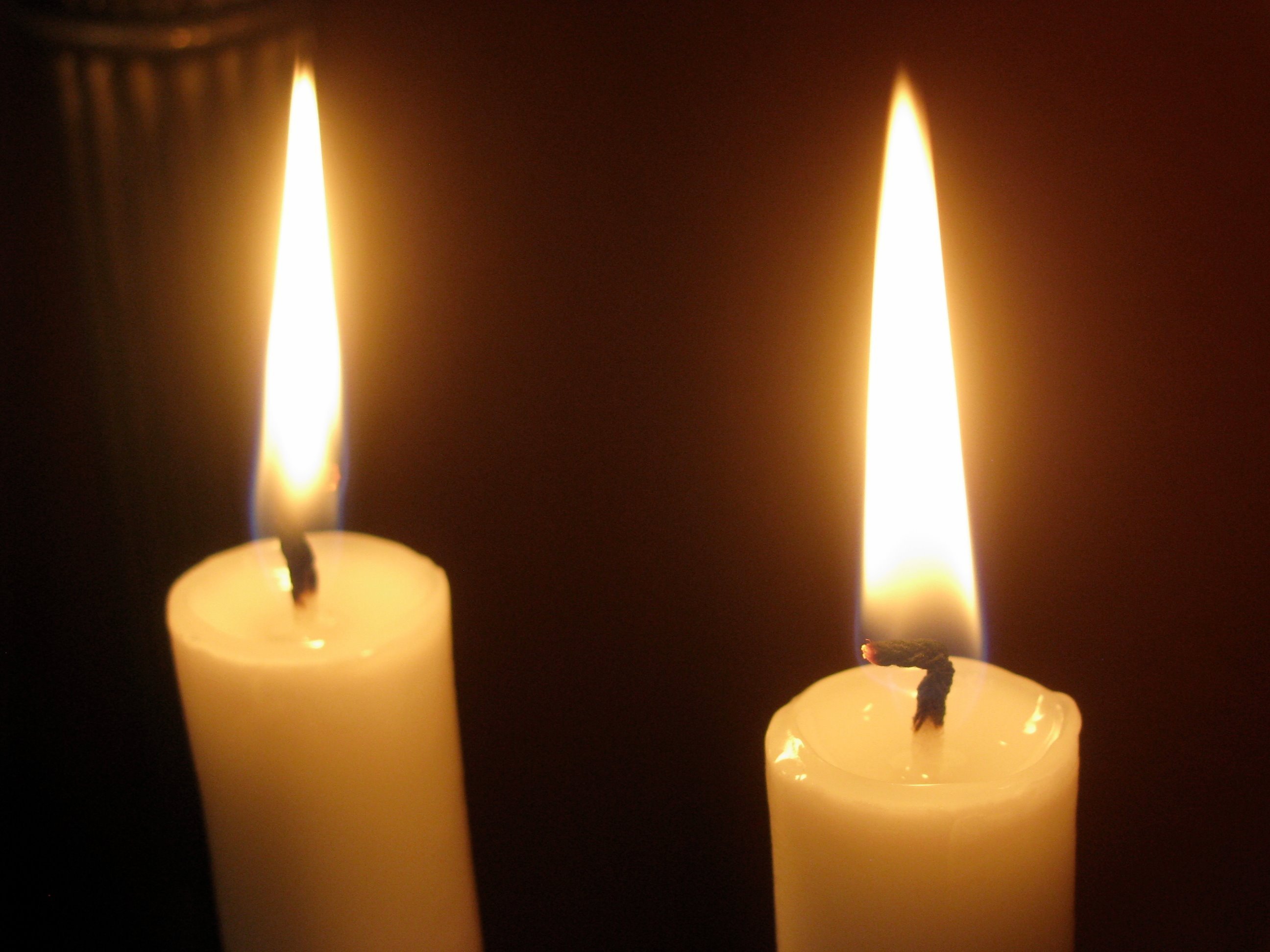 Bye bye, cell phones at the table! You won’t find any emailing or Instagramming during dinner on the Sabbath, or Shabbat, which many Jewish households observe throughout Israel and beyond. Ron Wolfson, a professor at the American Jewish University of Los Angeles and author of Shabbat: The Family Guide to Preparing for and Celebrating the Sabbath, says that, according to the Torah, it took God six days to create the world, and He rested on the seventh day. Observers believe that His creation (mankind) should likewise rest from its own work on the seventh day, which lasts from just before sundown on Friday to just after sundown on Saturday.

“On the Sabbath we’re supposed to stop, take a breath, [and] refresh from the work of creation,” Wolfson explains. You unplug -- literally. “Every week you have a candlelit dinner with wine and good food, break egg bread -- challah -- and have a conversation with the people around the table,” he says. “It strengthens your relationships with the people you’re closest to: your family members, your friends, your colleagues.” Not to mention, it allows for quality conversation you might’ve missed otherwise, thanks to the focus on the ritual and the moment.

Obviously, you don’t have to observe the Sabbath to enjoy some quality time with loved ones -- it’s all in the way you approach your dinner. Make a pact with your family and friends to unplug for the meal: no notifications, interruptions, or distractions -- just conversation. Use that time to engage with the people who matter, not with cyberspace. 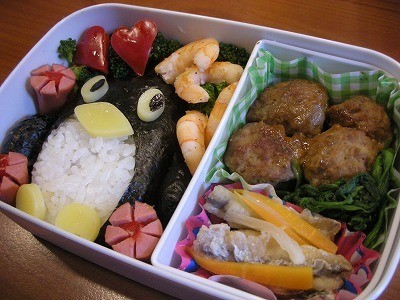 You already know that the Japanese have mastered the art of creating aesthetically awesome food. (See: sushi.) But have you met bento? This lesser-known Japanese culinary masterpiece is a homemade to-go lunch, but we’re not talking your usual brown-bag fare. Parents who make bento for their young kids often turn the food into kooky characters; think penguins, pandas, cats and even Pokémon.

“My wife is Japanese and has … made bento that was equal parts lunch, nutrition, and art,” says Kevin Kato, author of For Now After The Quake: A Father’s Journey. “For my wife, it is a real and pure expression of pleasure and love.” And it goes without saying that the kids go wild over it.

Due to work, school, and the thousand and one other commitments you make every week, it’s not possible to spend every meal with your family. That doesn’t mean you can’t still build your bond from afar. Try crafting your son’s sandwich into his favorite cartoon character or putting a quick quote on the bottom of your daughter’s lunch bag; you’ll start a special ritual and feel that much closer during the day.

Modern dim sum may seem like an epic feast, offering as many dishes as your heart desires (and your wallet can afford), but it wasn’t always that way. The custom originated along the Silk Road, where teahouses hosted tired travelers and rural farmers from nearby villages. Over time, it evolved into a provincial practice, and later into a social meal beloved around the world.

Dim sum wasn’t originally intended for “traditional” families; instead, it allowed people (especially travelers) to connect with others around them, forming a sense of community -- and family -- wherever they were. So gather together friends, neighbors, roommates, acquaintances, or coworkers and dig in; mealtime is the perfect time to form a new kind of "family" bond over the shared experience of some seriously delicious food. 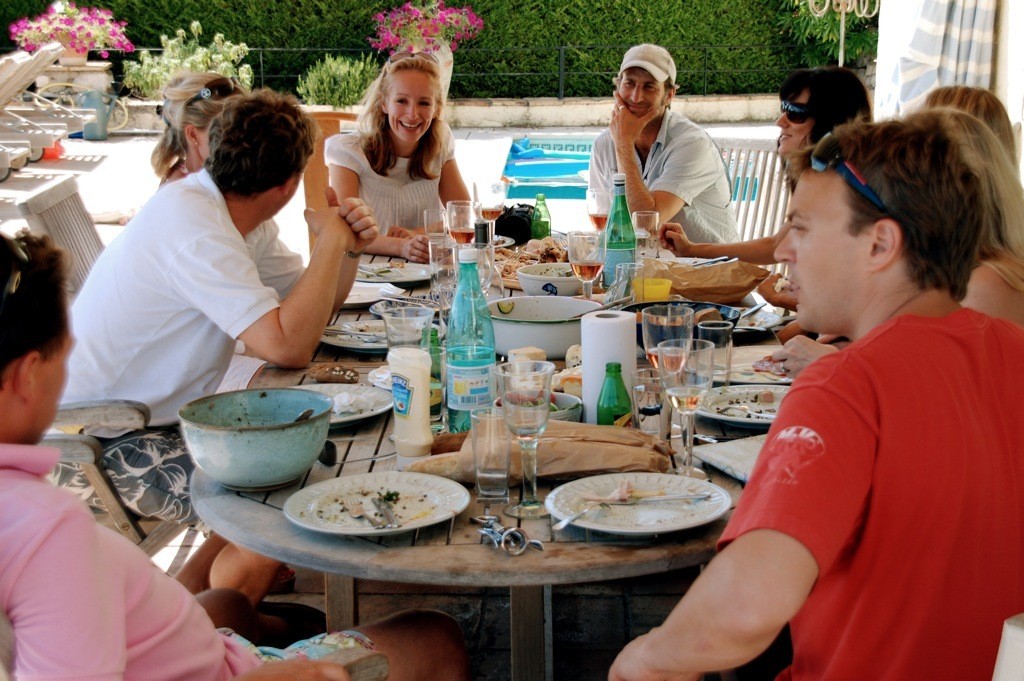 It’s no secret that the French love a nice meal, and for good reason -- their cuisine is top-notch, and their food culture makes meals way more intimate than most Americans’ dinners. According to Loïc Bienassis of the European Institute of History and Culture of Food, who co-authored French Regional Food, the French tend to spend a full hour at the dinner table, and during that time, they’re actively engaging with family and friends. Forget TV trays, folks! “Research has shown that conviviality is something fundamental in the approach French have to meals,” Bienassis explains. “[Eighty] percent of the French eat with friends, colleagues, and family … and not alone. Meals are intrinsically a communal time.”

This may not sound so different from some Americans’ ideas of a typical dinner, but consider this: according to Bienassis, there’s a “cultural gap” in the perception the U.S. and France have of eating. “Generally speaking,” he says, “in the U.S., eating is very ‘functional’ in everyday life; you eat [to avoid] being hungry [and] for having the necessary energy to work, which means you can eat while doing something else. In France, there is not such a ‘technical’ approach [to] eating. To eat is sharing, being with other people; it is a specific time especially devoted to this activity.”

Imagine if you viewed your family dinner as the culminating event of the day -- an activity to look forward to, and more pastime than necessity. Would you treat it any differently? We have a hunch that the answer is yes, so take a leap and make your next meal (and all the sweet moments that come with it) last a little longer. Whether you add a light last course (think cheese and fruit, like the French!) or simply spend 10 minutes chatting at the table after eating, your increase in table time will translate into rewarding face time with family.

La siesta is a long-held tradition in Spain, and a famous one at that; after all, who doesn’t love the idea of a midday nap? If you think snoozing is all there is to siesta, though, think again. For many Spaniards, a true siesta includes taking a break (around an hour or two) to eat, nap and escape the heat. In fact, the siesta originated because lunchtime coincides with the hottest hours of the day, according to F. Xavier Medina, Academic Director of Food Systems, Culture, and Society at the Universitat Oberta de Catalunya. (And let’s not discount the fact that lunch makes you sleepy.)

For some working Spanish in the cities -- those who can’t make it home to rest in the afternoon -- siesta is spent with colleagues. As Barcelona-based Zhandra Fuentes put it, “Siesta time in a city like Barcelona is to have a good meal with your coworkers. It is the time to get to know each other and make friends.” No matter how you spend it (or with whom), the key to a siesta is to rest; to take a step back from the day’s work and just be.

Take inspiration from that balance between work and life, and make your mealtimes matter by briefly letting go of your work worries. Treat meals as periods of rest from the busy world outside, and be present in the moment with the people around you. Ask them about their day, ask them to share stories -- ask them anything, really. All that’s left to do is sit back, relax and listen.

Meals are about so much more than just the food; they’re also about conversation, connection and memory-making. That’s why DixieⓇ removes the distraction of dishes, so you can be more present in your mealtime moments and focus on what matters most: building lasting bonds with your family and friends.