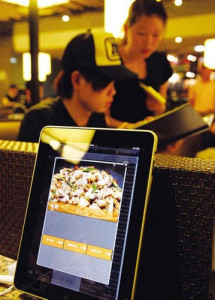 Ta-ta, 2012. It was nice knowing you. While we set out on the dining adventure that's to be 2013, it's always fun to speculate where that adventure will lead. Here's what some of the major news outlets around the country are predicting:

Kale: In or Out?
2012 had us loving our greens, especially in the form of kale chips. But while the Chicago Tribune thinks kale has a long way to go yet, Epicurious predicts 2013 will be the year of cauliflower and the vegetable plate. Interestingly, just about everyone is looking to Stephanie Izard's Chicago restaurant, The Girl and the Goat, as its vegetable poster child: "Since 2011, when American chefs embarked on our national kale salad experiment, any vegetable, no matter how forbidding or indigestible, has become fair game for raw eating. No one has done more to promote the Martian-looking kohlrabi than the Chicago chef Stephanie Izard, who has made kohlrabi salad a seasonless standard," says the New York Times. Adds Epicurious, the cauliflower "is finally taking center plate with restaurants like Chicago's Girl and the Goat (where it's roasted)." Izard must be doing something right.

It's the Economy, Stupid
In 2012, we were buying less at the grocery store. Harry Balzer, senior analyst with NPD market researchers, told the Chicago Tribune, "people still ate, but their volumes were not being seen in supermarket sales because people were using (items on hand). Perhaps we will restock our inventories as the economy picks up." Economic conditions are also affecting the kind of restaurants that are hot. Epicurious declares death to the tasting menu, arguing that "multi-hour, dozen-course-or-more tasting menus are about as popular as the 1 percent. Instead, expect restaurants to focus on small plates proportioned to suit a diner's appetite." The LA Weekly's Squid Ink blog also proclaims that the gastropub bubble has officially burst, writing, "the tired-formula of gourmet burgers and overpriced craft beers no longer equated instant success. For every outstanding new gastropub there were several mediocre incantations... and more that were downright unremarkable." One such gastropub it cited, Culver City's Public School 310, recently caused my car passenger to exclaim, "That looks so pretentious. We're not going there." Never a good sign.

Still, Baum+Whiteman, a New York food and restaurant consulting company, argues otherwise. As the L.A. Times notes, "Ambitious bartenders are using farmers market ingredients and exotic elements such as yuzu bitters and cardamom to create artisan cocktails, such as 'sangria variations no one's heard of in Spain,' according to B+W. Unfortunately, that also means bar inflation will soar, with many drinks passing $15 a pop, $12 wines-by-the-glass being poured from $10 bottles and local craft beers being poured into 12-ounce glasses instead of the standard 16-ounce servings." Who will win out?

Technology
More and more restaurants are putting their menus on iPads, such as Los Angeles's wine bar BottleRock and burger chain Umami Burger, which also lets you place your order on the tablet. Even several McDonald's locations offer ordering kiosks. Some restaurants are also taking their efforts social, such as New York City's Comodo, which crowdsourced its menu on Instagram. However, Epicurious argues that taking pictures of what we eat is becoming passé; instead, it claims, 2013 will be the year of pinning what we might make in our own kitchens.