"Chopped," "Worst Cooks In America," "Top Chef," "Man vs. Food," "Hell's Kitchen": I hate all of these shows. I'm a food lover who loves cooking, but ask me to watch an episode of one of these staged food competitions and I will not only refuse, I will question your character. Ok -- I'm not actually that hostile, but I really can't get behind the genre of competitive food shows.

Admittedly, I'm not a huge fan of reality TV in general, and these food shows are just that. They're not the instructional cooking shows of yore (which, of course, had their own faults -- namely that many of them could put you to sleep). They're cooking wars that play upon our most basic impulses, bring us to new lows, and reduce cooking to a game -- and a nasty one at that.

The whole point is for judges to tear down and rip apart chefs, be they amateur or professional, for underperforming in a highly controlled environment set up for failure. Some people clearly enjoy watching that, but I do not. I hate the thumping, suspenseful music; it's a cheap tactic that aggravates instead of excites me. I know all reality TV depends on cliffhangers and artificial or crafted plot lines, but I really hate it in food TV. 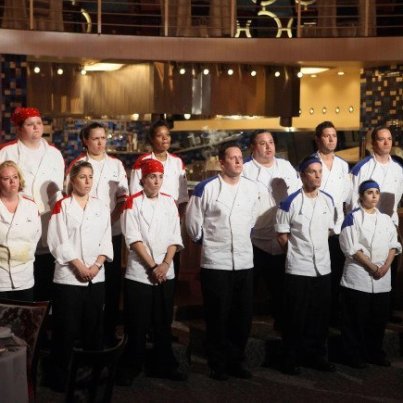 The names alone are belligerent: "Cutthroat Kitchen," and "Food Court Wars." Of course Rachael Ray and Guy Fieri can't just have their own shows, but must also have a show called "Rachael vs. Guy: Celebrity Cook-Off" -- because if there's anything Americans love more than celebrities, it's competition. But I think we're better than that.

Chef Roy Choi of LA food truck fame thinks so too: "I'm kinda over cooking competitions," he said in an interview about the new movie "Chef." "I think we've evolved to where we don't have to beat each other in order to show who we are as chefs." Choi stresses that it's a personal opinion, and I share his sentiment. To each his own. It's just not for me.

While our country's fascination with Food TV -- and specifically Food Network -- may be waning, cooking shows are still very prominent and networks are still churning them out. MTV is debuting "House of Food" at the end of the month -- it sounds like a combination of "Real World" and "Top Chef" and I hate it already. 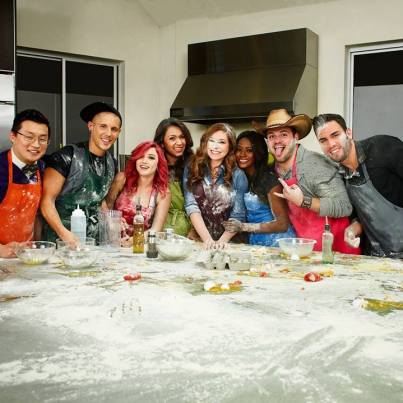 I'm even a proponent of bad TV as a means to relax and unwind. I just don't find these food competitions comforting or satisfying like others do. I don't see Food Network as a "zone-out destination." I find it grating.

The crux of the issue, for me, is that I feel like these shows are hijacking cooking and stripping it of its best parts: the communal aspect of cooking and sharing food with others, the relaxation that working with your hands in a methodical way at an unhurried pace can bring, the pleasure of eating without judgement.

Competitive cooking shows aren't completely without merit, of course. If they're getting more people into the kitchen and inspiring them to try new things, that's great. Food TV, and the celebrity power that goes along with it, also gives chefs unparalleled opportunities that they might not otherwise have. It gives them recognition they deserve and haven't always received. And of course not all food TV is a race to the bottom. I like PBS' "The Mind Of A Chef" and CNN's "Anthony Bourdain: Parts Unknown." I'm just airing my grievances about the shows that are drama-fueled kitchen warfare.

Can't we all just get along? I guess that would make for some pretty bad TV too.