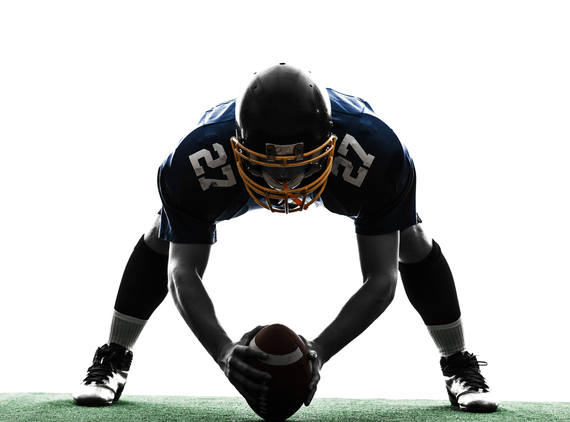 The Religion News Service headline "What's God got to do with football devotion? Plenty" prods me to sight sports this week.

During the 63 years that I have lived in Chicago, I have attended one Hawks, one Cubs, one Bears (exhibition), two Sox, and one Bulls game -- weak credentials for writing about professional athletics. But I have watched TV, of course, and converse. Still, to make up for lost time, I'll touch on two sports topics of the week. (But first, goodbye to good Mr. Cub, Ernie Banks, who died last Friday at age 83.)

One topic is the main ethical debate around professional football's "Deflategate" and whether quarterback Tom Brady and/or other New England Patriots are cheating and lying, both no-nos in some sports circles. The issue breeds cynicism: Almost every non-Patriot commentator assumes the worst.

If there was cheating, why did the best quarterback and best-record coach and their team "need to cheat," asked columnist Joseph Epstein. He wrote that the only answer is the obvious counter-question: "Why not?" Asked the same question, Don Ohlmeyer, TV sports producer, replied, "If your question is about sports, the answer is money."

Religious ethicists who talk about materialism, priorities, etc., assume that the National Football League owners and the league as a whole are given to excess. We know that a qualifying case can be made. Many coaches, players, and supporters can point to the positives of religion and the part it plays in forming "good kids," promoting morale and team work. All that awaits discussion in some other week.

The second topic is a constant: the morality of supporting football, a sport that all agree wreaks devastation on brains and condemns many players to diminished brain functioning, premature dementia, and the like. It raises an issue that deflates the importance of the "Who deflated footballs?" question.

The comment that zinged soul and conscience came when Mike Ditka, Mr. Bear himself, said that if he had an 8-year-old son, he would not let him play football. "I think the risk is not worth the reward," he said on his TV show.

Local sportswriter Rick Telander, along that line, reflected on one team among many, the Chicago Bears. He notes the early death of hero Walter Payton; the suicide of Dave Duerson; Superbowl-winning quarterback Jim McMahon, who is fading and thinks of suicide; huge William "The Refrigerator" Perry; linebacker Wilber Marshall; and Richard Dent, who fears early-onset dementia from concussions, saying, "S***, I'm scared," and, with so many others, survives on medication.

Writes Telander, "How they entertained us. How they achieved the heights. At such a cost." To them? And to us who watch, support and often idolize them?

I've been reading what early Christian moralists began to think and say as they faced the question of what gladiatorial combat did to fighters and their watchers. We won't find perfect analogies, but there are some cautions in that "slave" context to inspire some questioning about what "we" do to bodies and souls, made -- many faiths say, as in biblical terms -- "in the image of God."

There is more, but "I gotta go." It's almost game time.

This post originally appeared in Sightings, an online publication of the Martin Marty Center for the Advanced Study of Religion at the University of Chicago Divinity School. Note that this post is not available for republication without the consent of Sightings. Please contact Managing Editor Myriam Renaud at DivSightings@gmail.com.