The NFL and football industry more generally have taken pains to portray their sport as safer in recent years. The league points to the dropping number of reported concussions. Youth leagues point to a purportedly safer tackling technique known as Heads Up. More and more often, medical examiners can be seen on the sidelines, ready to pull a concussed player from the field. The sport was once dangerous, the thinking goes, but it’s safer now.

The issue with this line of thinking is that it is so focused on concussions -- hits to the head that often lead to clear, diagnosable symptoms. That’s something a doctor by the name of Ann McKee takes issue with. You might not know McKee’s name, but if you follow football, you almost certainly know her work. McKee is one of the country’s foremost experts on the brain disease chronic traumatic encephalopathy (CTE). In September, the latest figures from her team’s research into the brains of former NFL players led to national outcry over the dangers of the sport. Eighty-seven of 91 had tested positive for CTE -- a number skewed by those who chose to donate their brains, but unambiguously concerning nonetheless.

If there’s anyone you should listen to when it comes to CTE, it’s McKee. And in a recent conversation with Susan Lampert Smith of University of Wisconsin-Madison News, she uttered just over 100 words that every parent of a football player should read:

Do you think the emphasis on concussions in sports will prevent CTE?

No. Despite our emphasis on concussion and managing concussion, it’s probably not concussions that are giving rise to this disease. In fact, all our studies indicate that the number of concussions does not correlate with the severity of the CTE. It’s the amount of exposure, the number of years playing sports. We know football players get 1,000 to 1,500 sub-concussive hits per season, even in high school — that’s tens of thousands of hits if they play 10 years. The sub-concussive injury, the asymptomatic injury, is probably very important in developing this disease. CTE has only been found in individuals who sustained repetitive, cumulative traumas.

This is a critical but often ignored point: The danger when it comes to football (or ice hockey, or soccer, or any other contact sport) is not just diagnosable concussions. The danger is also (and perhaps even more so) those smaller, repetitive hits to the head that don’t lead to symptoms -- hits that seem safe at the time. These hits are known as sub-concussive blows, and they are the ones that more and more scientists believe should truly concern parents.

The general public now knows concussions are scary. But what’s even scarier is the prospect that smaller hits may matter even more.

PHOTO GALLERY
Football-Playing Girl Wears No. 13 Because, Well, You Can Guess
Download
Calling all HuffPost superfans!
Sign up for membership to become a founding member and help shape HuffPost's next chapter
Join HuffPost

Six Sentences That Every Parent Of A Football Player Should Read
Football-Playing Girl Wears No. 13 Because, Well, You Can Guess 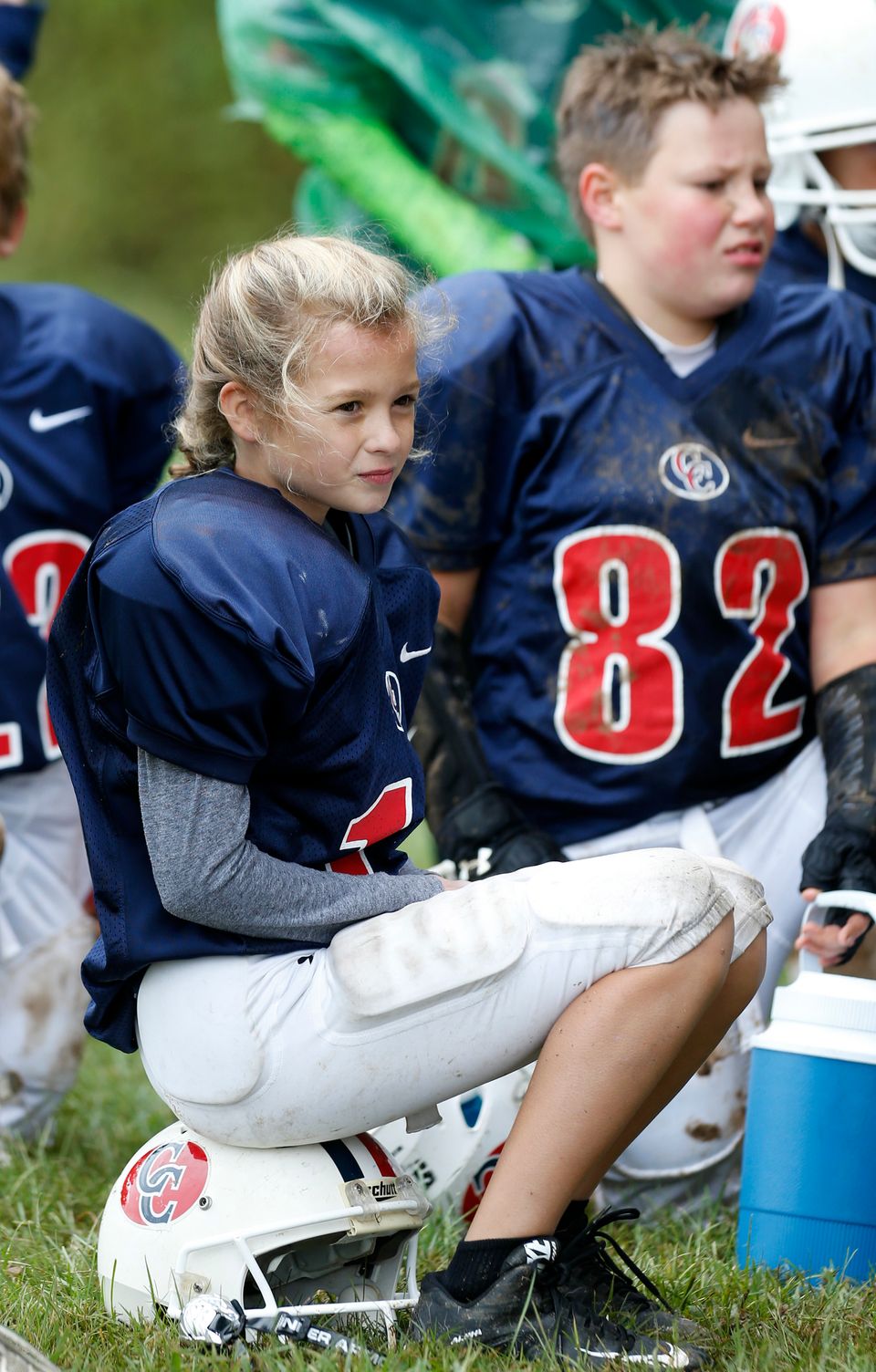