Up until about a year ago, the most direct line Kenny Wormald could draw from himself to Kevin Bacon in that famous game of six degrees involved a lifetime of staring at the television screen. Now, the 26-year old Boston native IS Kevin Bacon, for all intents and purposes.

As the star of the new big screen remake of the iconic dance film "Footloose," Wormald is charged with breathing new life into Ren McCormack, a big city bad boy dance savior of Beaumont, Texas, the portrayal of whom launched Bacon to superstardom in 1984. But as daunting as that task may seem, the real pressure came for Wormald, a seasoned dancer with just a few small film credits to his name, in getting the part in the first place.

"I had more pressure on myself for booking the role. Once I booked it, I felt amazing because I put a ton of work into the audition process, and then all of the sudden the weight of, oh yeah, you have to make 'Footloose' now hit me, and I was like 'okay, here we go,'" he remembered in a conversation with The Huffington Post on Thursday.

The trepidation makes sense; throughout the film's protracted pre-production, there were a number of big names attached to star in the film, including this generation's top singing and dancing teenager, Zac Efron. And he'll co-star with "Dancing With The Stars" dancer Julianne Hough, a star in her own right, and girlfriend to megawatt personality, Ryan Seacrest. So, pressures on. But again, the confident Wormald was mainly concerned with his own moves.

"You know, its funny, you can always compare yourselves as dancers and actors and you're like 'oh man I could've done that and then it was all of the sudden boom, it was my opportunity to prove that I could do that. So I was glad that the Ren character had such a buzz, because of those guys, and I think it's really cool it ended up being me," he said. In fact, he thinks his casting has its unique advantages for the film, too.

"As a dancer, I think y'know, I did a lot of the stuff in the film and you didn't have to use choreography, a stunt double, excuse me a dance double, and you know I was totally psyched for the opportunity and I didn't care who was onboard before," Wormald insisted. "It was my movie, and it was my mountain to climb, along with the help of an amazing director in Craig brewer, I think we did a great job at it."

So, it's clear that the kid has confidence. But there's still that pesky issue of trying to replace an icon, especially in perhaps the film's most iconic scene.

"I think that the one that everyone is questioning and wondering if it's still the same or if it's still in the film is the almighty Angry Dance. And in the original one it's when Kevin goes in the factory and just vents and goes crazy and dances and we totally, totally revisit that and, it's, a newer song, a little more hyped up, rock feel to it, and that was one of the most fun scenes to shoot," Wormald professed, showing obvious enthusiasm and appreciation for the legacy. "Growing up watching the original one, that was like my favorite scene of all time of any dance scene, so it was so surreal to be wearing similar clothing and being in this similar factory and having the bug there. It was incredible, and I knew what I had to do, and it was such an honor to be able to be there."

Still, the new kid is quick to point out that he's not just aping Bacon; he's putting his own stamp on the role, too.

"I had already known the film growing up, as a dancer I had seen it a bunch, but y'know he was incredible in the first one and it's hard to even attempt to replicate it," Wormald said. "But what we were doing, was just kind of revisiting the feelings you got from seeing it and putting our own twist on it. So you know, I was very aware of what he did and how he did it but I was also lucky enough to have [director] Craig [Brewer] with me kind of experiencing things of my own with the character."

Now, it'll be up to audiences to decide whether Wormald is the new Kevin Bacon, or a million degrees away. 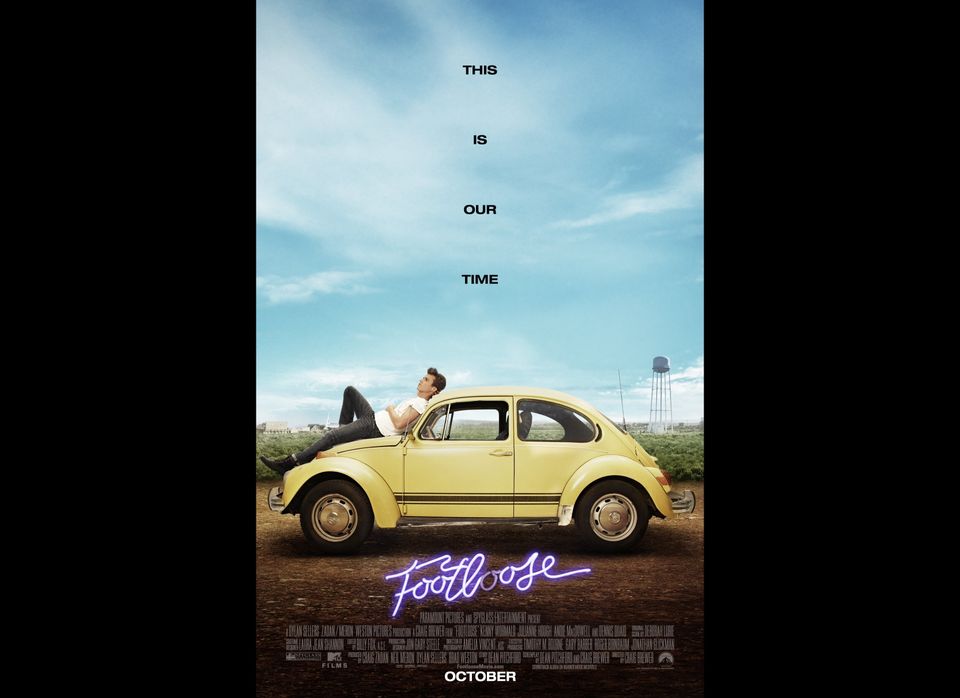