While I usually write about cars and travel every week, for a change of pace let's head to the water. Even better, let's head to France where few experiences are as peaceful and bucolic as taking a European Waterways cruise in France. I had embarked on a cruise once before with this company so when I signed up to do the Rosa cruise in southwest France I already knew what to expect. 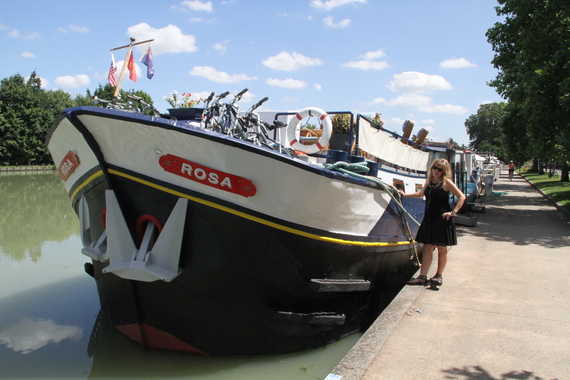 The Rosa was a Clipper built in the Netherlands and had been an old sailing barge. Saved from her demise, the owner fixed her up and with four crewmembers that included a tour director, pilot, chef and housekeeper she was as good as new and so was I as the journey began with four other guests, my colleague and his lovely little Siamese cat.

Food is a big deal on the European Waterways cruises and lunches include salads, pates and cold meats with, of course wine. Dinners are often served by candlelight featuring an amazing menu and always accompanied by local wines and cheese with a Captain's dinner on the final evening.

Leaving from Toulouse, I took the train from Paris arriving at the designated time to embark on what was called the "Classic Gascony" cruise from Montauban to Agen.

A champagne welcome and a stroll around the port before dinner we found that in Montauban it is a city rich in gastronomy, water activities, history and art. While there you will want to explore the Old Bridge, the Ingres Museum and on closer inspection you will also find a variety of bourgeois type Moutauben townhouses from the 17th century.

After an afternoon of walking we were soon on our way with the first stop in Montech. Navigating through 10 locks while on the journey and getting a good glimpse of the recently restored canal skirting the Forest of Agre and the moors, we soon ended up in the heart of the town of Montech.

For wine lovers, this is the perfect tour since everyday is a new introduction to the local wine. On the first full day in the afternoon we headed to the Cotes du Frontonnais wine region for a taste of the cuvee "Optimum" at Chateau Bellevue la Foret. 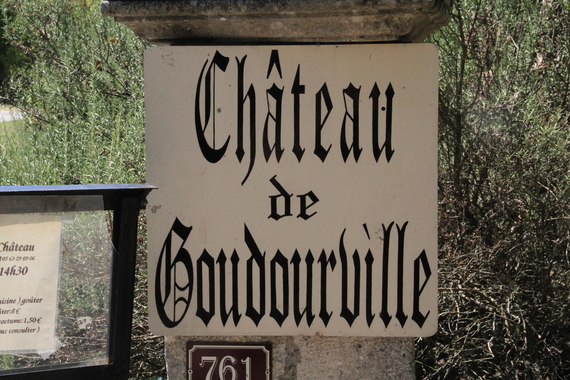 Day three of the adventure included a tour of the inclined Water Plane that bypasses five locks and lowers vessels 43-feet tall in one go, quite a morning of sightseeing and remember, biking along the banks while the barge is meandering down the river is possible too.

As we headed through the town of Castelsarrasin and by afternoon ended up in Angeville, it was at the esteemed Ferme des Jauberts where we found ourselves next for a tour of the estate and a taste of the foie gras washed down with local wine too.

Many have heard of France's River Tarn and on the following day we made our way to the crossing there using a 1000-foot long aqueduct that proceeded to allow us to descend towards the city of Moissac. 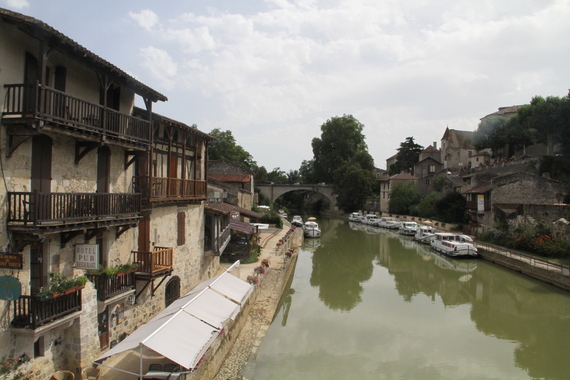 With a variety of locks we passed through as we progressed along our journey, finally we stopped for lunch beneath an old windmill on the River Tarn.

In Moissac there is an old 7th Century Abbey that must be visited with a well-preserved look at the cloisters and chapels reminiscent of the time.

The cloister of St. Pierre Abbey is a unique look at well-preserved Romanesque art and the city itself is called the orchard of the Midi-Pyrenees producing plums, apples and cherries for the region as well as the coveted Chasselas grape. This grape is said to have come from an ancient ancestral craft culture passed down with the current practice of grape cures dating back to the 1930s.

Moissac is also a major stop along the road for pilgrims traveling to Santiago de Compostela and it is also called the European Cultural Route, definitely a restful place along the way.

For the evening we headed to a regional restaurant in the city located right in front of the entrance to the grand Abbaye St. Pierre de Moissac, the view certainly could not have been better.

The following day we took a turn up the powerful river heading into a lovely brick-lined canal through Moissac and entering the foothills of the Quercy massif finding ourselves in yet another of France's bucolic villages, this one called Pommevic where in the afternoon we headed to an 11th century Chateau de Goudourville.

From there it was the chance take a look at the River Garonne from a high perch on the side of a gorge in the 15th-century town.

As the journey continued the next day it was on to Valence d'Agen where we enjoyed a visit to Domaine Lapeyrade for a private tasting of both Armagnac and Floc du Gascogne wines. While the wines will delight, take in the scenery while there too, it is near the medieval town of Nerac and the local castle that was once home to Henry IV of France.

As our journey ended after one glorious week, we awoke early the next morning in Agen where the cruise ended to long and sad goodbyes, but memories of a part of France that will linger in the mind as well as the taste buds for many years to come.

For more details about booking your own barge cruise in France or throughout Europe visit www.Gobarging.com.

More:
travelFranceRosatoulouse
Newsletter Sign Up
An essential daily guide to achieving the good life
Subscribe to our lifestyle email.
Successfully Subscribed!
Realness delivered to your inbox