Sitcom is the most popular Spanish-language comedy in the U.S. and worldwide. 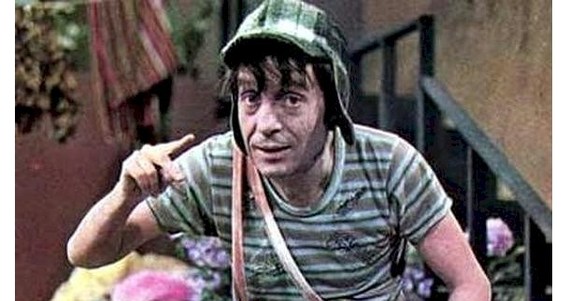 This article is part of an ongoing Media Life series entitled "Catching the next big wave: Hispanic media." You can read previous stories by clicking here.

In the courtyard of a housing project, an orphan squats next to the barrel where he sleeps at night. Wearing a green-checkered cap with flaps covering his ears, the boy daydreams about toys he'll never have. With a sigh, he pulls out an old-fashioned cup-and-ball -- made of stick, tin can and string -- and begins to play.

The scene is from "El chavo del ocho" ("The Kid from 8"), the most popular sitcom in U.S. Hispanic and Latin American television history and the top-ranked comedy in the Hispanic market today.

If you want to understand fundamentals of Spanish-language TV-and just how different they are from English-language TV-look no further than "El chavo del ocho."

No one knows El chavo's name -- it's never once uttered.

The title character, the young boy, is played by a middle-aged man, Roberto Gómez Bolaños, known to fans simply as Chesperito, a derivative of Shakespearito ("Little Shakespeare").

Whenever the little boy gets scared, he becomes immobile, his left arm drooping, his right arm splayed outward. To be revived, he must be splashed in the face with cold water.

But here's what's most interesting. There have been no new episodes of the sitcom since 1980. It debuted in 1971, and production stopped nine years later.

Yet it's a true phenomenon, dubbed into more than 50 languages. Repeats of the show pull an estimated global audience of 91 million viewers daily.

In the U.S., "El chavo" is everywhere. If you include episodes from an animated follow-up series, an astounding 31 shows air weekly among the combined Univisión, UniMás and Galavisión networks. Another 18 half hours of the variety show "Chesperito," which regularly feature "El chavo" skits until 1992, appear each week on Galavisión's screen.

But surprisingly the show is no ratings monster. Neither it -- nor any comedy -- regularly appears in the Spanish-language Nielsen top 20.

Comedy plays a much smaller role in the U.S. Spanish-language TV market.

When they want laughs, U.S. Latinos are more likely to turn to English TV, with shows such as "The Big Bang Theory" and "Modern Family" regularly appearing among the top Hispanic English-language viewing rankers.

The scarcity of sitcoms on U.S. Hispanic TV is due in part to the industry's cost structure. Dramas, particularly telenovelas, are a surer bet for amassing blockbuster ratings and generating advertising revenue.

But another factor is cultural. Spanish-language dramas--with their suspense, violence and sex -- can cut through language and cultural differences to capture the attention of U.S. Hispanics.

Not so comedy. Humor often relies on cultural cues and wordplay. What's funny to Mexican-Americans might not resonate in the exactly the same way with Latinos of Caribbean or South American descent.

"El chavo del ocho" succeeds because it's physical comedy, really slapstick. Slapstick, when done right, is universal. Gómez Bolaños, who not only stars in but created and directed the show, has said he was inspired by the work of comedians like Laurel and Hardy. 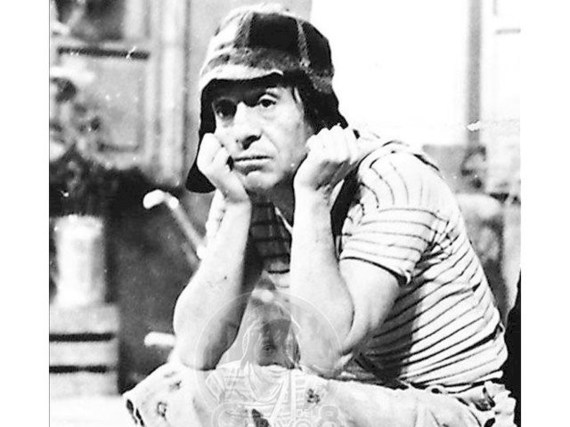 "El chavo del ocho" has also endured because of its innocence. Much like Charlie Chaplin's "The Tramp," the character of "El chavo" is beloved from Argentina to the Philippines.

"El chavo" brings the whole family together. Grandma can remember watching it back home in Ecuador (or Mexico, Peru, Argentina, etc.) Parents can wax about seeing it on Univisión when they were young. Kids in the family can appreciate the show's goofy, "Simpsons"-like humor.

But ultimately, the success of "El chavo" rests in its ability to make audiences laugh about life's hardships and miseries. Gómez Bolaños has said he wanted to "reach everyone, but especially the humble people, those who needed to be reached more than anyone else."

Gómez Bolaños died in 2014. For his funeral his body was placed in a glass box for all to see and driven through the streets of Mexico City. The only other person accorded such a procession was Pope John Paul II in 1979.

At the comic's memorial service at Azteca Olympic Stadium, which seats nearly 100,000, mourners threw flowers. Many were dressed as the little boy in the green-checkered cap.


Court Stroud is a writer and a longtime media executive who has worked for companies such as Univisión, Telemundo and several digital startups. He most recently served as Azteca América's EVP of network sales and digital. Stroud holds degrees from UT-Austin and the Harvard Business School. Follow him on Twitter: @CourtStroudNYC