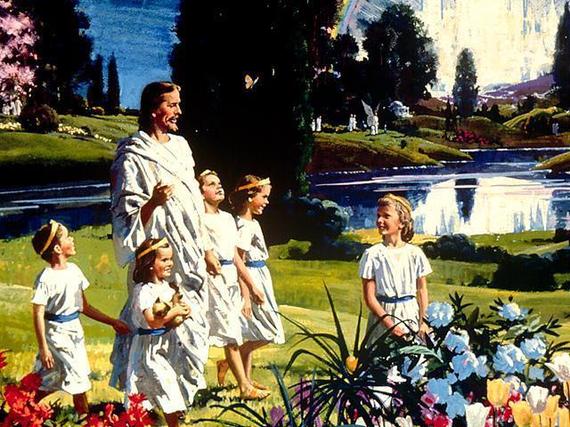 In late November, the Colorado Planned Parenthood shooting where three people were killed and nine wounded sadly reminded Americans again that women are not safe in this nation when trying to make choices about their bodies. It compelled me to take a candid spiritual look at the popular Christian stance on abortion.

As a transhumanist US Presidential candidate, I am pro-choice. More interestingly, though, as a former Christian and Catholic school student, I was also pro-choice.

Here's why: From a strictly biblical point of view, being born on Earth is a test. All our actions will eventually be judged by an omnipotent God who will determine whether we go to heaven or hell. Our deeds, sinful or not, determine where we spend eternity. The Bible even says many people will not get into heaven because it's quite difficult to be a sin-free Christian--meaning the majority of human souls may spend an endless amount of days in hell. Like it or not, about 2.2 billion people on Earth believe in these ideas. Another 1.6 billion Muslims believe in mostly the same thing, too.

Where the Abrahamic rabbit hole gets weird--at least for me--is the fact that many Christians (and Muslims) believe that an aborted fetus goes to heaven.

The metaphysical impact of that religious belief is just bizarre. It means that the most sure thing to do to get a soul into heaven is to abort a fetus before it leaves its mother's womb and has the chance to sin. The crazy thing is this makes abortion providers some of the most considerate, humanitarian people we know--at least from an Abrahamic religious perspective. Abortion providers and pro-choice advocates have long been filling heaven with pure souls--instead of committing them to a lifetime on Earth, challenged with trials of sex, drugs, and transhumanism.

Of course, the logic described above certainly sours the pro-life argument that abortion is evil. However, the premise of that logic is anything but certain or sound. It requires basing views on leaps of faith and ancient religious mores--like the existence of God, hell, and heaven. The reality--despite the billions who believe in formal religion--is that no one really knows anything definitely. While I like to say I'm atheist just to be defiant in the face of an overly religious civilization, like any sensible person, I honestly don't know what exists beyond me and the material universe I live in.

The fact is--since we're all empathetic mammals--that no one likes to have abortions, and no one likes to provide them. In an ideal world, no one would ever get pregnant unless they were certain they were ready for parenthood and knew they were going to have a perfect child. But stuff happens and things don't go as planned, and people must do things to try to accomplish the greater good for themselves and society. In this way, we should be grateful that women's clinics--like Planned Parenthood--are there to help out so that the best choice about one's life can be made.

And if we insist on being a Christian, then we might want to look at the bigger spiritual picture and stop trying to shoot people that are helping a soul's entrance into heaven.