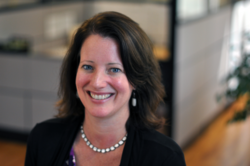 As a recent Washington Post article shows, two traditional allies -- the civil rights community and the nation's largest teachers union, the National Education Association -- are at odds over legislation to re-write the Elementary and Secondary Education Act (ESEA). At the heart of the disagreement is whether the law should include meaningful accountability for the nation's most at-risk students. A group of effective classroom teachers from across the country is joining the fray with a powerful -- and perhaps unexpected -- message.

These teachers are calling for more accountability, echoing the civil rights community, which does not support the bill in its current form because it does not fulfill its functions as a civil rights law. The small but mighty group of teachers leading the charge is associated with the nonprofit where I work, Teach Plus, and these teachers stand out in two important ways: They have demonstrated their effectiveness in the classroom and, as teachers in high-poverty schools, they teach the very population of students ESEA was designed to serve.

The NEA is right that the overly-prescriptive interventions applied to ESEA through No Child Left Behind (NCLB) are not the solution that schools need. Time and again, NCLB has required struggling schools to implement the same set of interventions on the same timeline, regardless of whether students in all grades from all demographic groups were struggling or whether only a small group of students were struggling. NCLB applied a hammer when a scalpel was warranted.

The Senate is on the verge of throwing out the hammer, scalpel and rest of the toolbox by stripping the law of meaningful accountability. The fatal flaw with the Senate bill to replace NCLB, the Every Child Achieves Act (ECAA), is that a school can gather data that shows year after year -- or decade after decade -- that, for example, its Hispanic fourth graders are struggling, but no steps have to be taken, ever, to address the problem.

At a recent Congressional briefing, Los Angeles teacher Chris Hofmann, who has a record of excellence in a school where 96% of the students are Latino and 90% qualify for free and reduced meals, explained:

ECAA should not only require states to identify schools 'in need of locally-determined intervention'; it should also require states to act on it. Unless we make it clear that some action is necessary, I am worried that some schools and some students in some states won't get the help they desperately need.


Where the NEA is misguided is in its assertion that accountability must be punitive and one-size-fits all. This does not have to be the case. At its best, accountability is about measuring and using data to know what is working in an ongoing process of making sure that all students, in all schools, get the instruction and support they need to succeed. Strong accountability systems help us see the progress that is being made. Meaningful accountability also creates focus and leverage to help states and districts make informed decisions about how to allocate precious education dollars in an equitable way -- a shared priority of civil right groups, teachers' unions and teachers from high-poverty schools.

The most promising solution under consideration, known as "proportional response," says that if, for example, Hispanic fourth graders are the only group of students in a school who are below grade level, the school's interventions should be tailored to Hispanic fourth graders. In other words, it uses a scalpel.

This approach, proposed by House Democrats, has the support of the Tri-Caucus, comprised of Hispanic, African-American, and Asian and Pacific-American Representatives. Over 80 of its members sent a letter to Senators opposing their bill and asking them to "further protect children of historically underserved communities - specifically, children of color, children with disabilities, and children in poverty so that they can break the cycle of poverty and overcome socio-economic barriers for a brighter future."

A Senate amendment -- supported by the civil rights community but actively opposed by the NEA - says when accountability data shows that a group of students in a school (or an entire school) is struggling, states and districts would need to put interventions in place to improve results for those students. A recent Teach Plus Flash Poll found two-thirds of the 1,000+ teachers surveyed want states to be required to take action when a school is struggling.

Since states and districts would have the freedom to determine their own interventions, it aligns with recommendations from Teach Plus teachers from high-poverty schools who created a set of principles they want to see in the law. High on their list is that ESEA "should require states to take proactive, evidence-based measures on behalf of students who are struggling...Interventions should include helping struggling schools invest in targeted, evidence-based, teacher-led training and development that will improve the effectiveness of educators."

Heeding advice from effective teachers who spend their days with the students ESEA was designed to help is the best way Congress could honor the law's civil rights legacy.

Alice Johnson Cain is Vice President for Federal and State Policy at Teach Plus.