One evening at Everest Base Camp, Steve Obbayi and I were sitting in the warmth of our main living and mess tent. The temperature outside was a brisk -- 10f, and yet inside we were wearing nothing but our skimpy base layers. We had a small gas heater -- quite common at Base Camp -- merrily gurgling away in the corner. In front of the heater we had laid out rocks that had absorbed the warmth from the flames. Coming in from the bitter cold outside, taking my boots off and resting my bare feet on those hot stones was one of the most luxurious feelings of my life. Maybe climbing this mountain wouldn't be so bad after all. 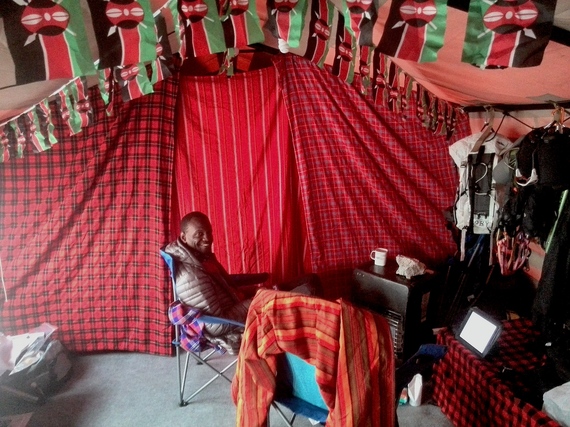 Our tent was an extraordinary piece of engineering, built by Kenyan tentmaker East African Canvas. Constructed with think plasticized nylon and heavy gauge steel, it easily withstood the storms at base camp. It was the envy of other climbers visiting our campsite. Ironically, it turned out the tent was perhaps a little too well made. With the main front door zipped up and the seal flaps velcroed shut, it was to all intents and purposes airtight. In retrospect, it was an daft oversight not to have ensured proper ventilation. As Steve and I basked in front of the fire, the oxygen in the air, already only half the amount available at sea level, was steadily being consumed by the burning gas.

Eventually, getting sleepy, I prized myself from my fireside seat and began to get ready for bed. Moving around the tent -- brushing my teeth, a quick babywipe shower, organizing my sleeping paraphernalia -- I noticed I was short of breath, but assumed it was just from being at 18,000 feet. However, as I lay down and squeezed into my sleeping bag, I began to hyperventilate. I was overcome by a feeling of suffocation and could feel my whole body begin to cramp in panic.

My greatest fear climbing is being struck by pulmonary edema, an altitude-related condition where the lungs fill with fluid; if not treated you will be unable to breathe and will die. The sudden onset of extreme breathlessness was, therefore, incredibly frightening. I called for Steve to fetch our lead guide, Temba. I stumbled to the front of the tent and unzipped the flap. I felt a strange sense of detachment at the same time as thinking this cannot be fucking happening.

The terror can only have lasted 20 seconds or so. As I stepped out of the tent, the cold, clean air, thin as it was, had an instant effect. My breathing calmed and the panic subsided, replaced with a euphoric rush of relief. Steve was standing at my shoulder, waiting anxiously. I turned to him and cracked a wry smile. Well we're idiots, eh? He clapped a reassuring hand on my back. We turned and helped our guides remove the gas heater. It was the last we saw of it.

While our expedition was cut short by the tragic avalanche of 18 April, we shared so many difficult situations and grew so much as a team. While Everest might be an extreme venue for team building, it did illustrate how a shared purpose with just a vein of fear can be an extremely effective way of forging a bond between team members.

Recently, I was staying at the Flying Kites Leadership Academy, perched at the foot of the Aberdares Mountains, 90 minutes outside Nairobi, Kenya. Along with Leila, Mike and Pip we had been invited to spend the night at a friend's bush camp, located about 25 miles from the children's home. The route to the camp was rarely used and fully overgrown in many places. The track, where visible, was a dark red clay; great to ride on when dry, but incredibly slick after recent heavy rains. We were on underpowered rented Chinese motorbikes. On the way there, the girls were taken in our host's Land Rover, so Mike and I had the bikes to ourselves.

However, the next day, on our way home, we had all four of us on the two bikes. It would certainly be an overstatement to say we were frightened, but there was an enjoyable edge of nervousness as we set out from the camp onto a track freshly drenched from an overnight storm. I genuinely doubted whether the bikes would handle the terrain and the extra weight. In the end we got through, taking three hours to travel 25 miles. We slipped and slid and I fell off seven or eight times. My unfortunate passenger, Pip, must have thought she had drawn the short straw. Mud-spattered we pulled into the children's home. Exhausted and aching we might have been, but the grins we shared told the real story.

I have climbed Kilimanjaro several times. Each time I have been struck by how the challenge of summiting this great mountain (and it may be a trekking peak, but it is not to be underestimated) forges incredibly close bonds in an incredibly short time. Part of it is the sharing of extreme emotions: exhaustion and fear battling with the desire to succeed after so much hard work in preparation. Years later, former participants recall with great warmth the time they spent on that hill. There is admittedly, after the climb, often a sense of, 'Thank god, that's over!' But even that is not a bad thing, to feel something profound once in a while. It is far too easy to muddle through life limited to a narrow band of emotion; never too hot, never too cold. 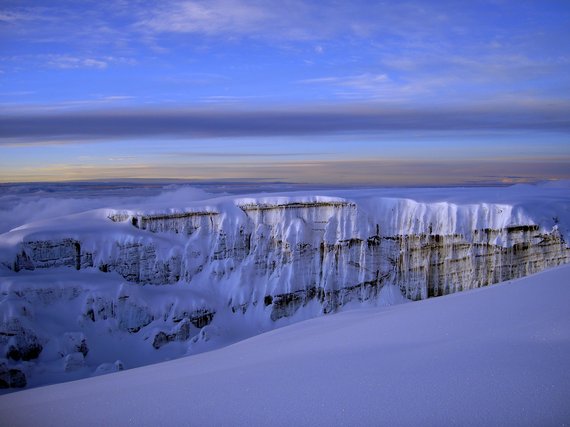 The fright factor can of course only be one part of a wider team-building strategy, and it's probably best to avoid actually traumatizing your team. But if you can figure out a way to add a certain frisson of fear to your efforts to bond your crew, you might be surprised how strong those bonds prove to be when they are really tested.

You can be moderately frightened on a climb of Kilimanjaro, a trek into Everest Base Camp and bevy of other adventures by signing up to do a Flying Kites Adventure Challenge. Challenge yourself and help raise the next generation of Kenyan leaders.