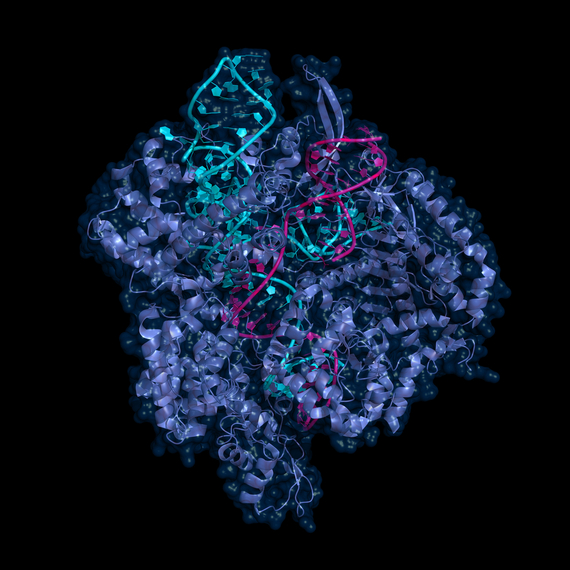 A breakthrough method that makes editing the genes of living beings relatively easy, called CRISPR, is much in the news these days. So are the many implications -- both terrifying and promising -- associated with it. The seemingly endless possibilities of genome editing have even the scientific community on edge, and it's stirring up heated debate about where the ethical limits are. August organizations such as the National Academy of Sciences and the Institute of Medicine just announced that they'll host a meeting this fall to try to wrestle some of the thorny issues raised by the ability to alter genomes.

At the moment, most of the calls for restraint in the use of CRISPR are coming directly from scientists, but it won't be long before government officials or candidates hoping to be elected start airing their opinions about how this field should be regulated. It's worth taking a moment to consider how different modes of oversight could affect the opportunities afforded us by genome editing.

Gene editing has been around for years, but CRISPR is a new version of it. Taken from a mechanism commonly used by bacteria to recognize invading viruses, it has proven remarkably useful and effective in altering other organisms since it was first adapted in 2012. I've covered the genomics field for 15 years now and even the most rapidly adopted techniques look slow in comparison to the uptake of CRISPR. Even the scientists who discovered it have been taken aback by its wildfire-like spread through the biomedical community. That speed means the use of genome editing is outpacing our ability as a society to process its ethical implications.

Which is why many scientists have voluntarily hit pause. Genome scientists have a strong history of policing themselves, and it's to their credit that they have already sounded alarms about the unfettered use of CRISPR technology. Many leading researchers met early this year and emerged with a recommendation for a field-wide moratorium on using the technique to edit human embryos. While they encourage continued work in genome editing on other organisms, and in mature human cells, they have agreed to draw the line at changing DNA prior to birth.

As their recommendations were hitting the scientific journals, another publication from Chinese scientists presented the first known work using CRISPR to edit human embryos, in this case ones that were chosen because they were biologically incapable of leading to live births. That's going to serve as ammunition for people who contend the government should regulate genome editing, but we only have to look as far back as the stem cell funding restrictions put in place by President George W. Bush in 2001 to see how such rules could have drastic unintended consequences.

That action prevented any federal funding for research on embryonic stem cells, which roiled the stem cell research community. Scientists abandoned their research in droves. Even though alternative funding sources could be found to support some of the stem cell research, the federal funding restriction meant that if a single penny of U.S. government money crossed the line -- even so much as paying to keep the lights on at a research institute where stem cells were studied -- it was a violation. (I actually recall one scientist who had to set up a separate electric account and get some rooms rewired so that the stem cell work was completely quarantined from federal funds.)

To this day, stem cell research is still working to recover from those limitations. A lot of great scientists were lost to other areas of research because the regulations were so burdensome they simply gave up. CRISPR is likely going to be one of the most important innovations of our time, and we can't afford to let even well-intentioned government oversight stunt the growth of this field.

The other example that comes to mind as I observe the growing public panic around genome editing is Dolly the sheep. Remember her? When Dolly was born in 1996, it represented a stunning advance in the science of cloning. Hysteria predictably arose over the implications for humans. Nefarious scientists would use the technology to build a clone army, alarmists said. Naturally-conceived humans were on their way out and we were facing a whole new world, according to numerous hyperbolic news reports.

There are a couple of threads here. First, science is hard. Really, really hard. You can be thiiis close to your goal (e.g, clone army) and still not achieve it because the intricacies of biology are just too much to master. Second, there's a delicate balancing act between appropriate caution and continuing to invest in a promising new area of science that might solve some of the biggest health problems in the world. Implementing overly strict government regulations could stifle genome editing or send scientists underground, where there would be no accountability or oversight for their experiments.

The reality is that there will always be some bad apples who don't abide by established morals, as well as groups or cultures with different attitudes toward the ethics of genome editing, just like with other controversial developments in science. As with any new technology that has such far-reaching implications, the best we can do is to encourage healthy debate, participate in the conversation, and think carefully about the ethical and societal impact. The answers may be different for each of us, but as long as these discussions are happening--and happening purposefully in public--then we're doing something right.