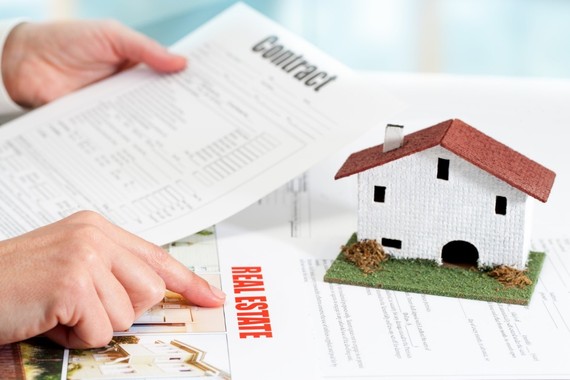 Trying to get an economist to put their name on a yes-or-no statement that home prices have officially bottomed-out isn't an easy task. Opinions are as varied as their sources. One month government and industry reports will give us great news about rising sales and prices. The next month, it's a wet blanket party. September's market numbers were disappointing, with these data points from the U.S. Census Bureau and other sources:

• The number of home sales increased slightly by 0.2 percent over August, though they were up 17% over September of 2013.
• However, the Census Bureau revised the August numbers downward. Initially reporting an 18% increase over July topping a half million sales for the first time since 2008, the actual adjusted numbers showed only 466,000 units for an annual rate.
• Home sales have staggered around in this sub-500k range since late 2008, and the revision for August was a definite disappointment.
• At the end of September, there was a 5.3 month supply of new homes available, and the median price of a new home sold in September was $259,000.

All things considered, it's not an encouraging story. Because the housing market is so important to our economy and job creation, these reports are watched closely by the government and it appears that some action may be in the wings. The question is whether the actions being considered will create a situation we've all seen play out and don't want to experience again.

The Good Old Days: From 2000 into 2007, the housing market was on a streak. From flippers to casual investors, everybody made money buying low and selling higher. Anybody with a pulse could make money in housing, and they did, until...

The V-Top: When the market turned, it wasn't a curve. Almost overnight things went to heck in a big way. The blame-game was an endless stream of accusations that the mortgage banks were the problem, or maybe it was lax oversight, or perhaps it was just a whole lot of people buying what they couldn't afford. Whatever the reasons, it was a major bust, but we seem to have weathered the worst.

It's all about money, or our lack of it. FHA low down payment loans were very popular for a while in the healing period, but the costs have escalated. There is a high cost trade-off to get that 3.5% down payment advantage. The longer term PMI, Private Mortgage Insurance, requirement is putting a dent in FHA lending activity. The FHFA, Federal Housing Finance Agency, is not happy with the current market, and particularly with the slowdown in FHA loan applications. When a government agency isn't happy with something, massive wheels start turning to do something about it. With the homeownership rate at a two-decade low, the FHFA's wheels are spinning with a couple of ideas:

• Down payments: Lowering the minimum down payment percentage required by Fannie Mae and Freddie Mac from 5% to 3% is on the table. One idea is to limit this offering to first-time buyers only. Some of the wording in press releases includes applying this change to a "targeted segment of creditworthy buyers," and taking into account "compensating factors." Some explanation of these quotes would be helpful.

• Credit scores: It was in large part due to government regulation and forced loan buybacks that lenders quickly moved to requiring higher credit scores for mortgage qualification. Now the consensus is that these more stringent requirements are undermining the mission of Fannie Mae and Freddie Mac -- helping low to moderate income borrowers.

Those two broad talking points seem to be reminiscent of days gone by. Relaxing credit and qualification requirements while lowering down payments will probably produce the desired result of more home buyers getting into mortgages. There will be more homes sold, but will these new homeowners be able to make their payments? Or, will we see some version of 2007 play out again to some degree in the future?

I'm not the only one with doubts. A survey of housing and lending industry participants yielded these results:

Americans aren't afraid to borrow, but someone should consider the fact that these new initiatives will put a lot of people into debt to buy homes with an immediate negative equity position. And, we all know what happens when the borrower can't live up to their commitment. They default and the foreclosure cycle starts all over again.