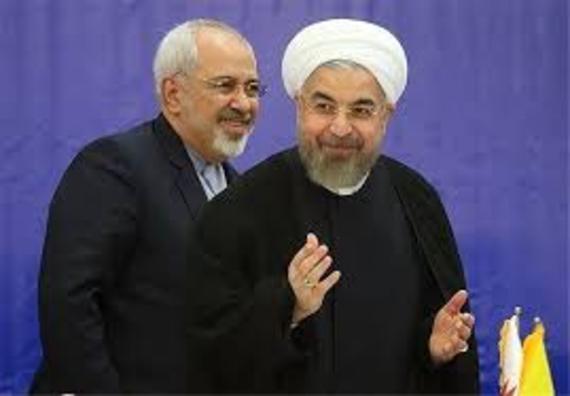 It is often said that the foreign policy of a country is a reflection of its domestic one. This is particularly true about Iran, where the hardliners, and reformists and moderates espouse two starkly different domestic policies, the result of which is two vastly different foreign policies.

Similar to all other countries, the power struggle in Iran is over the scarce resources of wealth, power and social prestige. Unfair competition can make discrimination and inequality part of the political system. We can see this even in the United States, the most powerful democracy on earth, where the economic gap between the rich and poor has widened and given rise to the 1 percent rich, 99 percent poor phenomenon. The same is true about Iran.

The identity of the Islamic Republic of Iran is based on a loud power struggle, together with harsh repression of the population. Having connection to the government, the embodiment of the political system, is the simplest way of getting rich in a country in which the economy is controlled by the government and the connection gives one special privileges not available to the ordinary citizens. This has given rise to vast corruption, some of which has been revealed. Some have even been executed for their involvement in the corruption.

After former Iranian reformist President Mohammad Khatami left office in 2005, Supreme Leader Ayatollah Ali Khamenei helped Mahmoud Ahmadinejad, a hardliner, come to power. After the reformist 6th Majles [parliament] finished its four-year term in 2004, Khamenei eliminated the reformists from the power hierarchy and created the 7th, 8th and 9th Majles in his own image.

Several times he declared proudly that the dual state - the elected and unelected parts - has been unified, and the nation is run by the conservatives. Saeed Jalili, Khamenei's chief nuclear negotiator, conveyed the same impression in the foreign policy arena. But, the Khamenei/Ahmadinejad/Jalili state also had to use extreme repression, cracking down harshly on the democratic Green Movement; it also suffered under the burden of the United Nations Security Council resolutions and the most crippling economic sanctions imposed on Iran by the United States and its allies.

Ultimately, the hardliners harsh repression that also gave rise to vast corruption and unwise and uncompromising foreign policy failed utterly, costing the ordinary Iranians heavily. The revelations made about the Ahmadinejad's era have been so terrible that no hardliner dares to take responsibility for them.

But, after Hassan Rouhani was elected President in June 2013, the nuclear negotiations began to speed up, culminating in the historic July 14, 2015 agreement between Iran and P5+1. Iran began implementing its obligations, and on January 16 the economic sanctions against Iran were lifted after the International Atomic Energy Agency certified that Iran has carried out its obligations.

Long secret negotiations with the U.S. also led to the exchange of the prisoners between the two nations on the same day, which is another significant foreign policy achievement for both Rouhani and President Obama.

Rouhani has also been trying to soften up Iran's harsh national security state. Though he has had only limited success, the political arena is still far better than the Ahmadinejad era.

Both camps in Iran, hardliners led by Khamenei, and the reformists led by Rouhani, Khatami and former President Akbar Hashemi Rafsanjani, are keenly aware that the nuclear accord, lifting the sanctions, and negotiations with the United States have important implications for the domestic affairs.

The reformists and moderates would like to compromise with the hardliners, akin to the nuclear accord, whereby both sides made concessions. They want the release of all the political prisoners, free elections, free press and freedom for political groups and parties, improved relations with the outside world, particularly the United States, and détente in the region.

Hardliners oppose them all. Khamenei has said repeatedly that the "enemy" - the United States - wants to "infiltrate" Iran and regain its old influence. Hardliners are terrified by the prospects of a landslide victory by the reformists and moderates in the parliamentary elections of February 26. Thus, they are doing their best to prevent this, and block any reforms internally and any opening to the outside world. They want to show that "nothing has changed" in Iran, as the conservative judiciary chief Sadegh Larijani once put it. Thus, in essence, they want to topple Rouhani.

Ransacking Saudi Arabia's embassy in Tehran and its consulate in Mashhad (an important religious city in northeast Iran) can be understood within this framework.

The attacks on Saudi Arabia's embassy and consulate were in fact attacks on the reformists and moderates. It led to Saudi Arabia and its allies to either cut their diplomatic relations with Iran, or downgrade them. Iran was also condemned by the United Nations Security Council. After the terrible consequences of the attacks for Iran became clear, the hardliners retreated and claimed that the attacks were the work of the "enemy's agents" and "vigilante" groups, whereas everyone in Iran knows that they are supported by the hardliners.

Ali Motahhari, the maverick Majles deputy, said in an interview on January 13 that the mob that attacked Saudi Arabia's diplomatic posts are linked to the security and intelligence forces, and that the reason the police did not stop them was twofold. One was that they are linked to important organs of the regime, while the second reason is that the hardliners need them if the regime is facing threats to its survival.

Then, ten U.S. sailors were arrested in Iran's territorial waters by the Army of the Guardians of the Islamic Revolution (IRGC) navy, but were released after several phone conversations between Secretary of State John Kerry and Foreign Minister Mohammad Javad Zarif.

But, even after the release of the sailors, the IRGC commanders continued to make threats, which must again be viewed as targeting the reformists and moderates.

"at the time of arresting the American sailors [the aircraft carrier] USS Truman was acting unprofessionally for 40 minutes. American and French carriers were in the path of our missiles, and if they had continued their unprofessional behavior, there would have been an unprecedented catastrophe for them, which would have destroyed them."

Major General Hassan Firoozabadi, chief of staff of the armed forces, said that this event [the arrest and release of the sailors] and Iran's power and alertness revealed the Americans' vulnerabilities. "If it were not for the wisdom and goodwill of Iranian commanders, Americans would have had a new catastrophe [on their hands]," he added.

Former IRGC chief Major General Mohsen Rezaei claimed that the IRGC arrested 10 personnel from the most modern and powerful military in the world, and then the Americans asked Iran to release them, hence concluding that,

"Today, the U.S. [armed forces] is not significant compared to Iran, let alone Saudi Arabia. I can see the day that the people of Saudi Arabia hang the al-Saud dynasty."

"Our IRGC forces captured the U.S. sailors, who were like mice, and told them your place is not here [Iran]. But, some in the press, which is not clear where they belong to, published the thankful message of U.S. Secretary of State as their front page title. In fact, we must say [to them] that you must not thank [us] because your soldiers should not be in the Persian Gulf [in the first place]."


Such an aggressive posture in foreign policy is followed by the same type of domestic policy. Even here, the IRGC wants to control everything. Mohammad Hossein Nejat, deputy IRGC chief for cultural and social affairs, said on January 14 that Rouhani's interior ministry should have disqualified from running a large number of the candidates for the elections of the Majles and the Assembly of Experts [a Constitutional body that appoints the next Supreme Leader], and because it did not, the Guardian Council [which vets the candidates for almost all elections] must do the job.

After Rafsanjani and Rouhani publicly opposed disqualification of the candidates for the elections, Khamenei said in a speech that the Guardian Council does have the authority to disqualify the candidates. In response, reformist cleric Hossein Ansari-Rad, who headed a commission in the reformist 6th Majles that investigated the citizens' complaints about the government, criticized the Council in a public letter to Khamenei, and called for national reconciliation, release of the political prisoners, and an end to house arrest of the Green Movement's leaders, former Prime Minister Mir Hossein Mousavi and his wife Dr. Zahra Rahnavard and former Speaker of the Majles Mehdi Karroubi.


But, initial reports indicate that the Council has approved the qualifications of only about 4o percent of the candidates. The Guardian Council has disqualified the moderates and reformists en masse to the point that in some towns they do not have even one candidate. Only 30 out of the 3,000 reformist candidates across the country were approved. This is while on January 9 Khamenei asked people, even "those who reject him and the Islamic Republic," to vote in the upcoming elections. Given what has happened, doing so means voting for Khamenei's candidates.

The moderates and reformists hope that Rouhani, as the second highest official of the nation, resist the disqualifications by the Guardian council. He has promised to "use all of my authority" to get as many candidates qualified for running as possible. But, compared to Khamenei, Rouhani has limited power and his popular support is not organized. Given the volatile state of the Middle East, the reformists and moderates do not want nationwide protests against the hardliners, similar to what happened after the presidential elections of 2009 and the Green Movement.

Iran's power struggle, in both domestic and foreign affairs arenas, will intensify in the coming weeks. Hardliners have been using the economic recession, a direct result of the sanctions and the corruption, to attack the moderates, and it is doubtful that lifting of the sanctions on January 16 will have discernable effect on the economy by the time the elections are held on February 26. The oil price has also collapsed, causing more troubles for the Rouhani administration. Despite these, it is still possible that the next Majles will have a moderate composition. The most important question for Iranian democrat is how to transform Iran to a democratic state without Iran becoming another Iraq, Libya or Syria.