For a gang that includes at least two movie stars, a Nobel Prize laureate, and the lead singer of KISS, American-Israelis sure aren't getting the love they deserve.

In part, that's by design: Not too long ago, Israelis living abroad were still regarded by the compatriots as traitors to the common Zionist dream. They were, in former prime minister Yitzhak Rabin's memorable phrase, a gaggle of cowards. The only permissible path took American Jews--like Rabin's predecessor in office, Golda Meir -- from the United States to Israel, the only place where Jewish life could thrive in full.

That was then. In the four decades that passed since Rabin's first term in office, Israelis have succeeded in creating a vibrant community for themselves anywhere from the banks of the Hudson to the coast of the Pacific. Far from being the furniture movers of yesterday's stereotypes, these ambitious individuals now occupy the highest rungs of many industries. Natalie Portman is, perhaps, the group's most visible representative, but the list goes on and on, from Avi Arad, the head of Marvel Studios, to fashion designer Yigal Azrouel to horror movie maestro Oren Moverman. 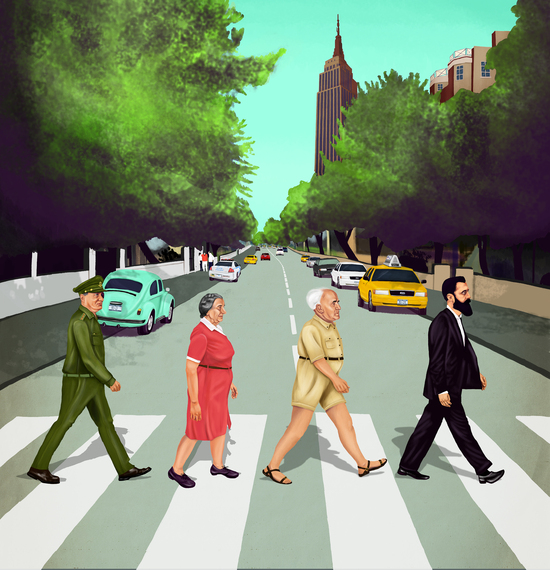 That a small nation like Israel has produced so many high-profile, talented people should come as no surprise. As Start-Up Nation, the now-famous book about Israel's stellar high tech industry, argued, the country's combination of scarce resources, constant existentialist pressure, and diverse population have all contributed to remarkable achievements. Also, being themselves, for the most part, the children or grandchildren of immigrants, it makes sense that Israelis making a life abroad would adjust more quickly and fully to the jarring experience of leaving their roots behind.

But while there's so much to be cheerful about, the challenges also abound. No one these days will call an Israeli living outside the Motherland a coward, but Israeli expats themselves -- scarred, perhaps, by past prejudices -- were traditionally slow to form cohesive communities, seeing affiliation with other Israelis as a sign that their assimilation in American society was far from complete.

Thankfully, that, too, is rapidly changing. Now successful and visible in so many realms of American life, Israeli-born individuals are increasingly attracted to preserving and cultivating their unique cultural heritage, realizing that it is possible, in this age of affordable transatlantic flights and constant Internet connection, to feel at home in New York while tuning in, say, to the latest soccer game from Haifa. The organization I work for, the Israeli-American Council, produces scores of sold-out events for Israeli-Americans and their children; other newly formed organizations do as well, and our success indicates the tremendous demand for Israeli music, culture, and community.

This awareness is welcome, but it stands to benefit more than just the American-Israeli community, a relatively small group whose numbers, given the aforementioned political sensitivities, have always been difficult to accurately gauge. With natives of Jerusalem and Tel Aviv and Be'er Sheva finding their way to Los Angeles and Chicago and Philadelphia, the American-Jewish community, too, is receiving a much-needed infusion. With many of its traditional institutions struggling to maintain their memberships, the Jewish community has much to gain from a population of increasingly organized Israelis who enrich the fabric of American Jewish life with their sensibilities and their passion for their heritage.

This month, the Israeli-American Council is hosting five Celebrate Israel Festivals across the country. As Israeli-Americans all over the nation celebrate their homeland's independence, look past the rowdy parties and you'll find something more meaningful and long-lasting, a new and vibrant group learning how to feel comfortable in the ever-expanding fabric of American communal life.