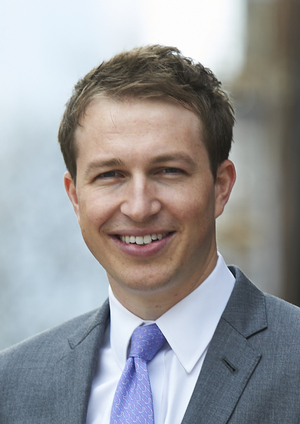 When I first stood before a South Los Angeles classroom as a public school teacher nearly a decade ago, I was already firm in my conviction that educational equity is the civil rights issue of my generation. Our students were as capable and brilliant as children anywhere in the city, and yet only four percent of them would pass algebra by the time they got to high school. To me, that represented the unfinished business of a civil rights movement that had stopped short of its historic goals.

My ability to affect change from within the system, however, was thwarted time and again by seniority-based layoffs that ensure that, in times of fiscal crisis, our least senior teachers will be laid off first. When the recession hit, I was handed a pink slip, as were so many of the teachers at my school.

The layoffs convinced me that the fight for education equality couldn't be waged in the classroom alone -- we had to take it to the courtroom. I went to law school to train as a civil rights attorney; if I couldn't fight for our students in the classroom, I was determined to fight for them in the legal arena. In 2013, I testified in the historic case of Vergara v. California. It was an honor to speak about my incredible students and dedicated colleagues who were being shackled by a system that was failing them. Our stories convinced the court that something had to change.

It's been almost two years since Judge Rolf M. Treu issued his opinion in Vergara, declaring California's laws governing teacher tenure, dismissal, and last-in, first-out (LIFO) layoffs unconstitutional. Writing that the evidence "shocked the conscience," Judge Treu found that these laws had a disparate impact on poor and minority students who were more likely to be assigned underperforming teachers.

Yet the laws have remained on the books. The Vergara opinion is "stayed," meaning that, although a court declared the laws unconstitutional, they are still in effect until a higher court can review the decision. The appellate court is scheduled to hear an appeal of the decision on February 25. By the time that appeals court issues an opinion, which can be as late as June, it will be exactly two years since Judge Treu's resounding indictment of our education code. And even that decision is likely to be appealed further, which means that it could be years before the case is finally done meandering through the state court system and the judiciary forces the legislature's hand.

But hopefully teachers will force their hand first.

Over the last few months, teachers I work with have been meeting with elected officials throughout the state to describe the harms LIFO enacts on educators and students. These teachers have a simple plea: pass new legislation now rather than wait years for the state's highest court to tell us what we already know. If the legislature musters the courage to act, the Vergara case will be rendered moot, and students will have the protections Vergara secured before it becomes too late for some of them. This would be akin to state legislatures around the country outlawing segregated schools before Brown v. Board of Education spent years making its way to the Supreme Court. Sixty years after Brown, I hope we've learned our lesson on the need to act when children's futures are at stake.

Legislation would also mitigate harm from the impending teacher shortage, which the California Department of Education has identified in almost every subject area in the state. As I testified in Vergara, the unconstitutional LIFO, dismissal and tenure statutes discourage teachers from coming to teach in our state.

This makes sense. Would you want to take a job if you knew you would be laid off after a few months? And would you stay in the profession knowing that even if you escaped the guillotine one year, you were likely to get a pink slip next year regardless of how effective you were in the classroom? We need to reward success with promotion, not pink slips. In order to attract the best teachers to California, we need laws that value excellent teaching. The longer the legislature dithers, the longer the teacher shortage will last.

When I was a teacher, a cartoon on the wall of my seventh grade classroom depicted an elected official speaking to his constituents. He said, "I'm going to listen to whatever you say and then do it, because I'm your leader." A constituent in the crowd raises her hand and asks, "Isn't that a follower?" The cartoon taught my students that leadership is not passive--leaders take a stand and bring people with them. It's a lesson I hope our state legislators soon heed.

Nick Melvoin, a former LAUSD middle school teacher, is an attorney and teacher organizer with Teach Plus.