"Here at SculptureCenter, we largely take our cues from the artists as to how they define what sculpture is, and what we are learning is that sculpture is really about objects and space and this more expansive definition of what sculpture is allows us to present a range of artworks including paintings, drawings and photography, and traditional sculpture, as well." 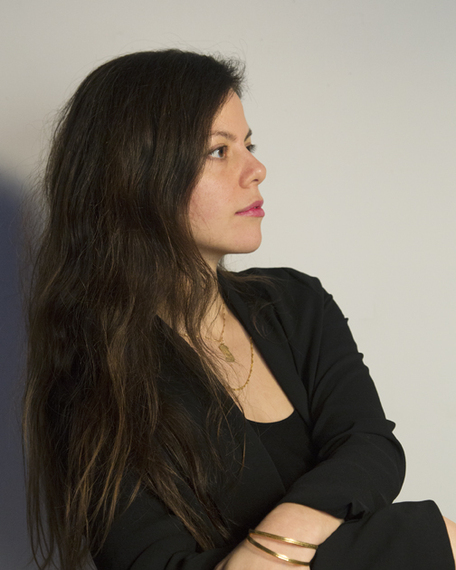 Maybe it is easy for Katrib, as a curator, to follow the lead of artists in defining what sculpture is, because she herself started out life as an artist, before working now exclusively as a curator. As an undergraduate at the Art Institute of Chicago, Katrib was a visual art major. She quickly switched to becoming a Critical Visual Studies major when she found out that she preferred working with artists to bring their ideas to fruition. This love of working with artists has carried over into her present position. "At SculptureCenter the work I do with artists is fairly intimate. I love working on the framework of exhibitions with artists. I do a lot of production work in the exhibitions and public programs that I organize here at SculptureCenter, and, to be quite frank about it, I relish helping an artist bring something to fruition that is just an idea. I find this pretty satisfying, actually, and I also find it very creative as well."

Katrib holds a master's degree from the Center for Curatorial Studies at Bard College. While she credits her education at Bard with helping her become a better curator, she does not feel that curators all need to follow the same path in going to graduate school. "For anyone interested in curating," Katrib explains, "the most important decision they have to make is deciding what type of curator they want to be and what is the context in which they want to work. Your role as a curator shifts depending on where you are and what you are doing. Are you the type of person who is more interested in collections or working with historical or contemporary art? Would you want to work, for example, in big or small institutions, or even independently? I would say that those are some of the more pressing questions that one has to ask herself prior to embarking on a career in curating. I would say to a young woman who asked me about becoming a curator, 'Try a little bit of everything.' Curating is a huge and growing field and once you try different things you will know more what kind of curator you want to become."

Katrib's passionate advocacy of 'trying a little bit of everything' made me curious about her background and if this was what she herself had done. Interestingly enough, Katrib did not have much exposure to art as a child. Maybe this was so because her family was always on the move. "It is hard for me to locate just one spot as home," Katrib informs, "because I moved around quite a bit as a young child. I was born to Syrian parents in Baltimore, but mostly grew up in Charleston, West Virginia. I have also spent significant amounts of time in Chicago, Florida, and now New York. When people ask me where my home is, I say that my home is where I am living."

As the child of immigrants Katrib would face many of the challenges that most first-generation children report facing in the United States. "Both my parents are from Syria," Katrib says. "I used to go to Syria a lot as a child and Arabic was my first language. I still have family in Syria and I identify with Syrian culture, even though I also feel very American. As a child, my teachers at school were worried I wouldn't learn English and children made fun of me, and so I stopped speaking the language. Interestingly enough, here I am, so many years later, trying to learn the language again!"

In her capacity as curator at SculptureCenter, Katrib works with a wide range of artists, from those who are just beginning their careers to quite established artists. What she is especially keen on doing is getting artists to create new works and to push themselves. She is also always on the lookout for new talent to showcase at SculptureCenter. "I am always researching," she tells me. "I travel a lot, looking at art shows and talking to artists. When we get ready to decide on our calendar of shows at SculptureCenter, we look at the various conversations that different bodies of work can generate. At SculptureCenter we also have an annual open call from which we put together a group show, and recently emerging curators are asked to curate this show through an open call. I work closely with the emerging curators in a mentoring role."

Indeed Katrib credits mentoring for helping her in her own career, and believes that mentoring would be beneficial to female artists and curators as a whole. "I think for women artists, particularly those working in sculpture, they really need to form a community and help each other out. They also need good mentors. Female sculptors have some practical concerns of how to physically handle their work -- and questions of scale and resources -- that they really need to confront and tackle head-on. The work really can become unwieldy and your best resource is often your own community of artists. That is why I focus on and stress the role of mentoring and community as part of one's practice and growth."

Katrib is also emphatic that, while more women are being shown these days, and women artists are not really facing the levels of discrimination that they did in the past, except in a "lingering way", she does recognize that outside of decisions about who is being shown in various art places, there is still a "structural bias" that oftentimes female artists get caught up in. For her, structural bias is really hard to pin down and put a face to, but it has more to do with institutions such as schools, galleries, and the institutionalization of art and art practices. "There is this interesting statistic that has been around forever, of the number of women in art schools and the number of women that end up becoming "institutionalized". And there is the big disjuncture in prices of works for female and male artists that remains in place today. So, in these areas, women are still caught up in a bias, is what I would say. A structural bias. These are areas that we still need to work on."

Katrib sees the work that she does at SculptureCenter as "giving artists a platform on which to showcase their works. At SculptureCenter we believe in investing in artists and we see ourselves as a resource for artists nationally and internationally.

"For me, the best thing about being a curator, and particularly a curator at SculptureCenter, is that it is never boring. You get to have these interesting, and at times amazing, conversations with people all the time. SculptureCenter is a place where we discuss ideas, a place where we get these deep dives into various territories with the artists that we talk to. That is one of the great joys of being a curator. It's really a wonderful job."

The photograph of Ruba Katrib is copyrighted to Talia Chetrit and used with permission.