"The job of a curator is very much like that of an editor, in so far as an editor often works to tweak things, and to highlight the strengths of an artist. As a curator, I work to tie together various formal approaches to hopefully bring to the forefront a way of examining or seeing things anew, or even differently, in a body of work. Being a curator, to me, is about collaboration and dialogue and meaning making." So maintains Selene Wendt, Independent Curator and Founder of the Global Art Project, a professional platform for the communication, development and presentation of international contemporary art across geographical borders, based in Norway.

Wendt was born in Geneva to Norwegian parents and would be raised all over the world. After completing high school in New York she obtained her bachelor's degree from a small liberal arts college in Minnesota and went on to get a Master's degree in Art History from the University of Chicago. Despite writing a thesis on Edvard Munch and his contemporaries, Wendt, even from her graduate school days, was becoming more and more interested in contemporary art and in art from "the global South." After obtaining her various degrees and working for a short time in New York, Wendt decided to return to Norway where she remains today. For six years as the curator of the Henie Onstad Kunstsenter, Høvikodden, she was responsible for exhibition programming related to Norwegian and International Contemporary art. Following her time at the Henie Onstad Kunstsenter, she was Director and Chief Curator of the Stenersen Museum, Oslo. Beginning in 2013 she started working independently.

"Looking back at it now I realize that, of the many exhibitions that I curated at the museums where I worked, certain themes were emerging which I get to dedicate myself to full-time right now. One of these is working with strong female artists like Shirin Neshat, with whom I had the tremendous pleasure of working. I also became very interested in working with artists with strong socio-political awareness. The global south was always a recurring theme. These subjects are quite trendy now, but when I started out doing this kind of work, it was not nearly as trendy. In starting the Global Art Project, I wanted to work with different institutions in different parts of the world; I did not want to feel tied down to one institution."

I became aware of Selene Wendt's work when she curated an exhibition of contemporary Jamaica art, entitled "Jamaican Routes," for Punkt Ø /Galleri F 15, Jeløya, featuring a strong cadre of young Jamaican artists, including Camille Chedda, Andrea Chung, Marlon James, Leasho Johnson, Matthew McCarthy, Olivia McGilchrist, Oneika Russell, Ebony G. Patterson, Storm Saulter, Cosmo Whyte and Andre Woolery. While reading through the essay she wrote in the catalogue, it was easy for me to see that Wendt had an informed and sustained interest in Jamaican art and culture. For Wendt, the Jamaican art scene is quite vibrant and there is a particularly wonderful synergy between the visual arts and the music industry on the island. "Visual artists in Jamaica work on album covers, on music videos, and there is something going on between the visual artists and the musicians that is like a heartbeat. It was nice to bring aspects of that to Norway where the exhibition was very well received."

With her heavy emphasis on socio-political themes in the visual arts and her insistence that art is a window onto any given society, I wondered about the place of, say, pleasure, beauty and joy in art being produced in some of the troubled places that Wendt has ventured to as a curator in putting shows together. "You know, Jacqueline," she said to me, "that is a really solid question and maybe that was a question I, too, had when I did the exhibition "Beauty and Pleasure in South African Contemporary Art." For me, that exhibition provided an antidote for some of the heavy political issues often associated with contemporary art from South Africa. I think what happens with art from the global south is that joy, desire and beauty are there in the work, but they tend to reside alongside other urgent socio-political issues that tend to get more of the attention."

She continued, "If you look at the work of an artist like Maria Magdalena Campos-Pons, from Cuba but based these days in Boston, her work is at times really political but can also be incredibly personal and aesthetically quite beautiful. The same thing can be said of the work of artists Yinka Shonibare and Frances Goodman. Kay Hassan's "My Father's House" is simply breathtakingly beautiful. So I think artists from the global south are tackling and showcasing beauty in their work, but sometimes this gets overshadowed by other kinds of concerns and questions."

So what would Selene Wendt say to a young woman who wants to do the kind of work that she is doing? Be the kind of curator that she has become? "I think it is very important to have an art historical background as a base. That is a good foundation for any curator to have and will always put someone on firm ground. In addition to that, though, I would encourage anyone wanting to be a curator to take advantage of the many residencies that have sprung up for curators in recent times. Believe me, those residencies were not there when I was coming up and some of them are quite good! Another thing that I would advise a young curator, or someone who wants to be a curator, to guard against is the whole business of curators as art world stars. Curators should never, intentionally or otherwise, usurp the artist whose work they are showcasing."

Speaking directly to female artists Wendt was unequivocal that men remained favored in the art world and that it is difficult to understand and come to terms with the many injustices that female artists continue to face and field in the art world, especially given that there are so many female curators. What gives Wendt hope, though, is that more and more people are becoming aware of these injustices and thankfully, she maintains, more people are speaking up about it. She advises all artists, but particularly women artists, to get themselves ready for the art world by having a professional website, a CV, an artist statement, and high-resolution images of their work that can be accessed immediately. "Those things seem small, they may even seem inconsequential, but they are incredibly important. Doing that makes it that much easier for a curator to grasp your work." And then there is social media. "Artists should be making use of social media to help showcase their work," she said.

These days Selene Wendt is very focused on an exhibition she is working on in Brazil, "The Art of Storytelling", for the Museu de Arte Contemporanea, in Niterói. In this exhibition Wendt developed a book project with the Dulcineia Catadora artist/writers collective that directly engaged youth from the neighboring Morro do Palacio favela and gave them a rare opportunity for artistic and creative expression. These youths from the favela have produced works in the form of books made on or from recycled cardboard. "This work builds upon a longstanding interest I have in storytelling and it is wonderful to see youth who would look at but not approach the museum in their community now come into the museum. It is so wonderful that these youths from the favela can see themselves and their world in the art that they have helped co-create."

A arte de contar histórias from A Fábrika Cinematográfica on Vimeo.

For Selene Wendt, Being a Curator Is About Making Meaning in and of the World 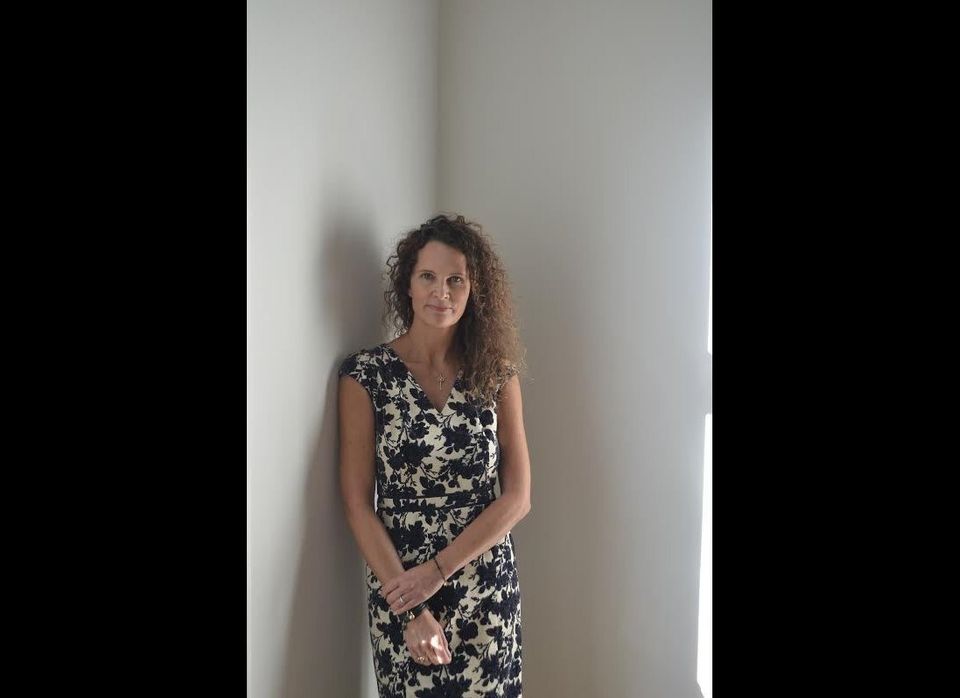