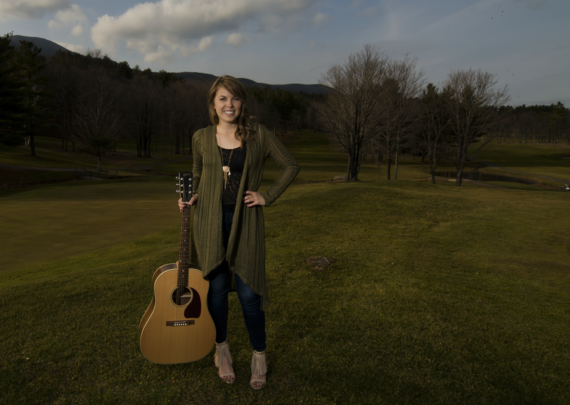 Becky Pine has dreamed of recording and releasing music for as long as she can remember. Now she's making those dreams come true with her debut EP, Perfect Timing. The release coincides with the singer-songwriter's move to Nashville. Pine is no stranger to Music City, although the last time she was a resident she was immersed in the business side of the industry rather than the creative side she's delving into now.

Pine is originally from a small town in the foothills of upstate New York's Catskill Mountains, where she spent the last few years rediscovering her love of music and developing her craft as a songwriter - something she's still relatively new to. Perfect Timing comes at a time of more clarity and focus than Pine has ever had in her life. "When I moved to Nashville ten years ago, I was so naive. This time, I know what I want, what I need to do to get there, and I'm going for it!", says the 28 year old.

The EP is a collection of 5 songs written by Pine during the summer of 2015. It was produced by Jeremy Jones and recorded in a studio on a farm in Kerhonkson, NY. "This was my first time writing with the intention of recording the songs myself," Pine says. "It made me write better songs, and it was awesome to hear them transition from me with my guitar to a full production. It's like they came to life. Jeremy did a great job of guiding me through the process and reassuring me along the way. There are so many talented musicians in the Hudson Valley and Catskills, so we used all local players and let them put their own touch on the songs without too much direction, which worked out great."

The process of accepting herself as a songwriter, actually writing the songs, and now recording and releasing them, hasn't been an easy one for Pine. "It's an incredibly vulnerable thing," she says, recalling the moments of insecurity and self doubt that artists of all mediums experience. She's doing this not only for herself, but in hopes that she inspires others to let go of their fear and put in the work to chase down a dream. "For me with this project, the success isn't in sales, reviews, or awards. It's in the fact that I believed in myself enough to do this," she says.

I spoke with Pine about the EP, the process of making it, her history in the music business, and what fans can look for next from this talented singer-songwriter. 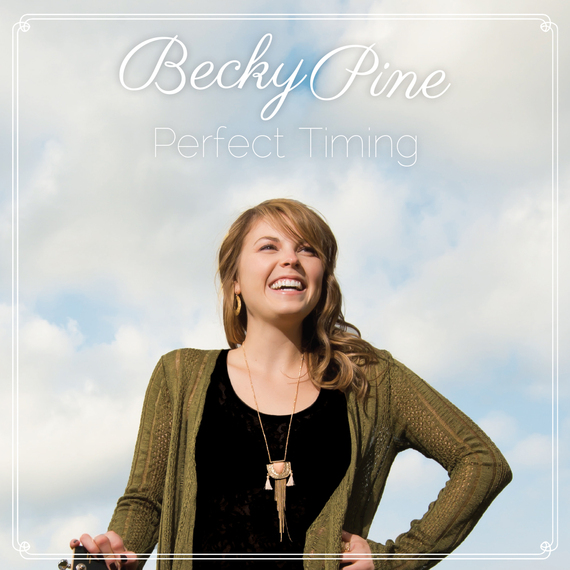 This EP seems to be pretty personal, being the first time you've written intending to cut the songs yourself.
I definitely have a special connection with these songs. Until now, I'd always written with the intention of trying to get to the point where my songs would be pitchable to other artists. Once I let go of trying to write commercially and just said "I'm doing this for me, because I want to", I started writing better songs and felt more invested in them. I've learned that when I write with a real-life reference, be it my own life or someone I know, I get a better product. I'm not very good at just making something up.

If you had to choose a favorite song on the EP, which is it and why?
I'd choose the title track, "Perfect Timing." It was the easiest one for me to write, and I feel like it's one of the strongest songs I've ever written. It was the last song I wrote for this project - just a few days before we started tracking. Most of it came out in about 30 minutes. It was one of those moments that as a songwriter, you always hear about from other writers and think "why can't that happen to me?!" I remember thinking "Okay, now I know what they're talking about when they say the song came faster than they could move a pen on paper", and feeling kind of validated as a songwriter. When I was about 90% done with it, I was so excited that I had to get up and do something, so I went for a power-walk and came up with the last few lines. I was on a major creative high that day! If only they all came so easily... 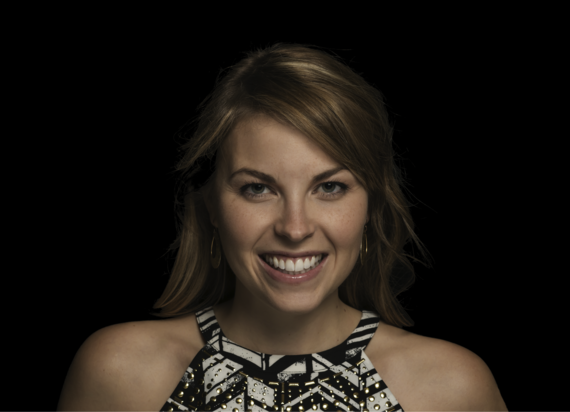 Is that why you decided to call the EP Perfect Timing?
Yes, that combined with the fact that I think it's somewhat symbolic for where I am in my journey right now. I've spent the better part of a decade kind of holding back and being unsure of what I was doing with my life. Now I'm finally on this path that I know is right for me, and looking back it's like everything has been leading up to this moment.

You have some experience working on the business side of the music industry. How has it been transitioning to the creative side?
It's been a long, slow process. I first moved to Nashville ten years ago to get into the creative side, but once I got here, the intimidation factor got the best of me. I was studying Music Business at Belmont University, so I just figured I'd focus all my energy on breaking into the business side, which I did pretty successfully. After a few years of working in management, labels and touring, I decided it wasn't what I wanted and moved back to upstate New York. To the Nashville community, I kind of just quietly disappeared. Now that I'm back and releasing my own music, I'm getting lots of messages from people I used to work with who are kind of shocked to see that I'm singing and writing. I never really shared that I had a desire to do that when I was "Becky the business girl". It's been fun catching up with people and re-introducing myself in a new light.

You released this EP independently. Do you plan on continuing the independent route?
I'm planning on continuing this route for as long as I need to. I'm enjoying this stage of my career. It's kind of nice not answering to anyone, but doing all the work myself is exhausting. It takes and incredible about of energy and determination. All of my experience from my last "rodeo" in Nashville is definitely coming in handy! I'm so early in this journey that I'm not ready to decide which route is best for me yet. I just plan on continuing to work really hard on developing as a writer and an artist, which will help me either way.

What's next for you?
Now that I'm in Nashville, songwriting is a major focus. I'm getting into co-writing and navigating that whole world. I'm also working on lining up some acoustic dates in Nashville and on the East Coast for the late spring or early summer. I love to travel and I really enjoy playing out, so naturally I'd like to take my songs on the road!

For more information on this rising star, visit beckypinemusic.com. Perfect Timing is available at iTunes and other digital music retailers now.