Oh boy. James Franco is gearing up to bring the epic "Zola Story" to the big screen.

In November, Twitter user Azia "Zola" Wells posted a series of tweets chronicling a wild experience she had while working as a stripper in Florida. The 148-tweet story, filled with escapades involving a pimp named "Z," a gun fight, and a suicide attempt, instantly went viral, garnering interest from Hollywood and even praise from filmmaker Ava DuVernay.

According to Deadline, Franco will direct a script by Andrew Neel and Mike Roberts, based on a 2015 Rolling Stone article by David Kushner that told the "Real Story Behind The Greatest Stripper Saga Ever Tweeted."

While Zola's Twitter story generated important debate about the way we talk about sex workers, much of its appeal came from the originality and unapologetic tone of Wells's storytelling.

But with two white writers and a white director taking charge of the film adaptation, it remains to be seen exactly how much input or involvement Wells will have in the retelling of her story. Fingers crossed.

PHOTO GALLERY
The Epic of Zola
Download
Calling all HuffPost superfans!
Sign up for membership to become a founding member and help shape HuffPost's next chapter
Join HuffPost

For Some Reason, James Franco Is Bringing 'Zola's Story' To The Big Screen
The Epic of Zola 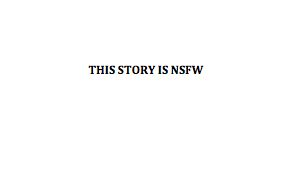