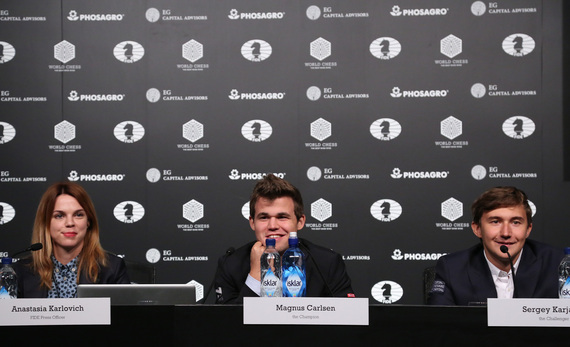 Rob Kim / Getty Images for Agon Limited
Anastasia Karlovich, the World Chess Federation's press officer, Magnus Carlsen, the World Champion, and Sergey Karjakin, the challenger, during media day on Nov. 10, 2016. Behind them the wall is covered with the sponsors' logos.

With a market capitalization of $4.9 billion and 2015 sales of $3.1 billion, Russia-based PhosAgro is one of the world's largest fertilizer companies. So why did it decide to become one of the major sponsors of the World Chess Championship?

Andrey Guryev Jr., the chief executive of PhosAgro and a member of the board of the Russian Chess Federation, said that part of the reason is that it is good way to reach out to his investors, many of whom are based in New York City, just steps away from the South Street Seaport, where the match is being held. 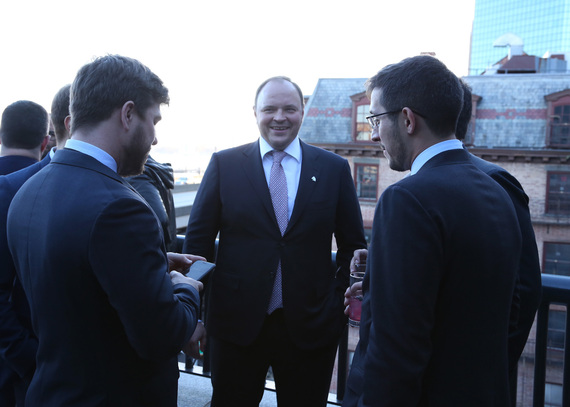 "I would think that if you would ask 10 fund representatives, 'Do they play chess? Do they know how to play chess?' nine definitely know and definitely play," Guryev said during an interview at the venue. So investing in the championship is part of "client focus - it is our investment relationship."

Chess is also very important in Russia, said Guryev, which is another reason that PhosAgro likes to promote the game. He said, "We have supported the Russian Chess Federation for many years. This is also not our first championship. The first one was in Sochi [in 2014]."

Michael Stanton, the founder of EG Capital Advisors, the other major sponsor for the championship, also mentioned clients as a reason for its investment. EG Capital Advisors, an institutional money manager with $3 billion under management, has many clients in Russia, Stanton said. And it has employees who are also Russian. 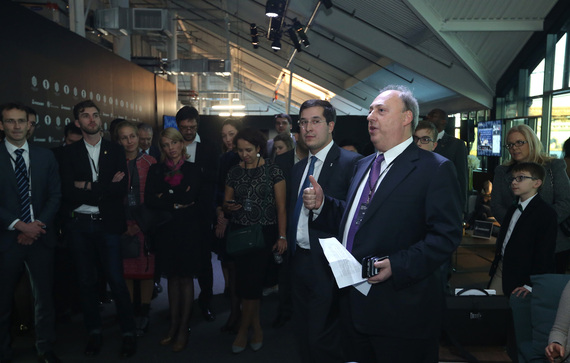 Stanton added that he did not expect that sponsoring the championship would have an immediate tangible effect on the firm's bottom line. "It is more of a philanthropic aspect because we are in the institutional money-management business, so we don't have that many investors and we are not raising retail money. I don't expect an ROI [return on investment] tomorrow from this."

Guryev agreed that the return was not likely to be immediately tangible. But he said that it was an easy decision to become a sponsor. "This is a fantastic opportunity for public relations and investor relations as well, and an ideal marketing platform to further increase PhosAgro's brand awareness on the global level" he said.

Stanton said that for EG Capital Advisors, the decision to invest in the championship was actually not so easy - "spending money never is" - but that he had received good feedback about the idea. "There is no spreadsheet involved for something like this," Stanton said. "We spoke to our investors, we spoke to our staff and everybody was incredibly supportive of the idea and we felt it was the right thing to do."

He said that he believes that there is a linkage between chess and what he does as an investor. "It is a cerebral activity, it is based on logical, strategic thinking, patience, problem-solving, preparation, planning, etcetera. There are a lot commonalities between the skill set in chess and the skill set in money-management." In that respect, Stanton said, he was surprised that there were not more companies sponsoring chess right now.

Stanton said the location - in New York City, near Wall Street - was another important factor in EG Capital Advisors' decision.

"EG Capital Advisors is looking to expand its scope of activities and we are not in America at all," Stanton said. "Now people will have heard the name so if we go back to somebody in six months, nine months, 12 months, they'll be, 'I remember you guys, you guys were doing the chess.' It is a wonderful thing to be affiliated with."

Stanton said that looking back, he was happy that they had invested. "We have no regrets at all and we think that we made the right decision," he said, adding, "We are quite satisfied."

Mr. McClain was a staff editor for The New York Times for 18 years and wrote the paper's chess column from 2006 to 2014. He is now editor-in-chief of WorldChess.com.