Today in Texas, former prosecutor and judge Ken Anderson pled guilty to intentionally failing to disclose evidence in a case that sent an innocent man, Michael Morton, to prison for the murder of his wife. When trying the case as a prosecutor, Anderson possessed evidence that may have cleared Morton, including statements from the crime's only eyewitness that Morton wasn't the culprit. Anderson sat on this evidence, and then watched Morton get convicted. While Morton remained in prison for the next 25 years, Anderson's career flourished, and he eventually became a judge.

In today's deal, Anderson pled to criminal contempt, and will have to give up his law license, perform 500 hours of community service, and spend 10 days in jail. Anderson had already resigned in September from his position on the Texas bench.

What makes today's plea newsworthy is not that Anderson engaged in misconduct that sent an innocent man to prison. Indeed, while most prosecutors and police officers are ethical and take their constitutional obligations seriously, government misconduct--including disclosure breaches known as Brady violations--occurs so frequently that it has become one of the chief causes of wrongful conviction.

What's newsworthy and novel about today's plea is that a prosecutor was actually punished in a meaningful way for his transgressions.

I give speeches about the Innocence Movement, and tell stories from real cases, all around the world. No matter where I am, when I finish speaking the first question usually is, "What happened to the police/prosecutors who did this to the poor guy?" The answer is almost always, "Nothing," or worse, "The police officer was promoted and now is the chief of his department." The adage that the powerful go unpunished is no truer or more visible than with police officers and prosecutors in America--even when they send innocent people to prison from their misconduct.

My client Roger Dean Gillispie of Dayton, Ohio, for example, spent 20 years in prison as a result of police misconduct. In 2007, we presented overwhelming evidence that the police officers, like Anderson in the Morton case, failed to turn over evidence to the defense before trial that would have cleared Gillispie. We also supplied the court with evidence that the police officer in charge had harassed and intimidated witnesses helpful to the defense, and had manipulated the evidence. Before going to court to clear Gillispie, we met with the local prosecutors, hopeful that they wouldn't tolerate such misconduct and would do a thorough (and neutral) investigation to get to the truth. Instead, they simply denied everything in knee-jerk fashion, and fought to keep Gillispie in prison until a federal court finally found government misconduct and threw out his charges in December 2011. To this day, the police officer in the case has not been investigated by a neutral, independent body. The only thing he has received is promotions.

Rogue cops and prosecutors going unpunished is the rule rather than the exception. In Illinois, two police officers whose improperly grueling interrogation techniques led to the wrongful conviction of Juan Rivera and others were not penalized when their 3rd degree tactics came to light. Rather, they were recently hired at taxpayer expense to teach interrogation courses to other police officers around the state.

A recent study found prosecutorial misconduct in nearly one-quarter of all capital cases in Arizona. Only two of those prosecutors have been reprimanded or punished. This led the Arizona Republic to conclude:

There seldom are consequences for prosecutors, regardless of whether the miscarriage of justice occurred because of ineptness or misconduct. In fact, they are often congratulated.

Other studies/articles with similar troubling results can be found here, here, here, and here.

Fortunately, there is something very simple that judges across the country can do to eradicate this problem. All judges, state and federal, should issue the standing "ethical rule order" proposed by the Hon. Nancy Gertner and Innocence Project Co-Founder Barry Scheck. The proposed order requires prosecutors to disclose, pre-trial, all evidence that "tends to negate the guilt of the accused or mitigates the offense." Details regarding the proposed ethical rule order, including all the justifications supporting it, can be found in this article by Barry Scheck.

The reason such standing ethical rule orders are important is that they allow prosecutors, like Ken Anderson, to be held in criminal contempt if they are later found to have engaged in misconduct. Anderson could be punished today only because such an order had been issued in the Morton case.

Today's conviction of Ken Anderson stands out as an extreme aberration in a society where police and prosecutorial misconduct goes largely unpunished. But it is a step in the right direction. Hopefully, today's result will deter rogue cops and prosecutors in the future from engaging in similar misconduct. But this will happen only if judges across the country do what the judge did more than 25 years ago in the Morton case: issue an order requiring that proper disclosure to the defense, or risk criminal contempt proceedings.

For the First Time Ever, a Prosecutor Will Go to Jail for Wrongfully Convicting an Innocent Man
Preserved Prison Tattoos 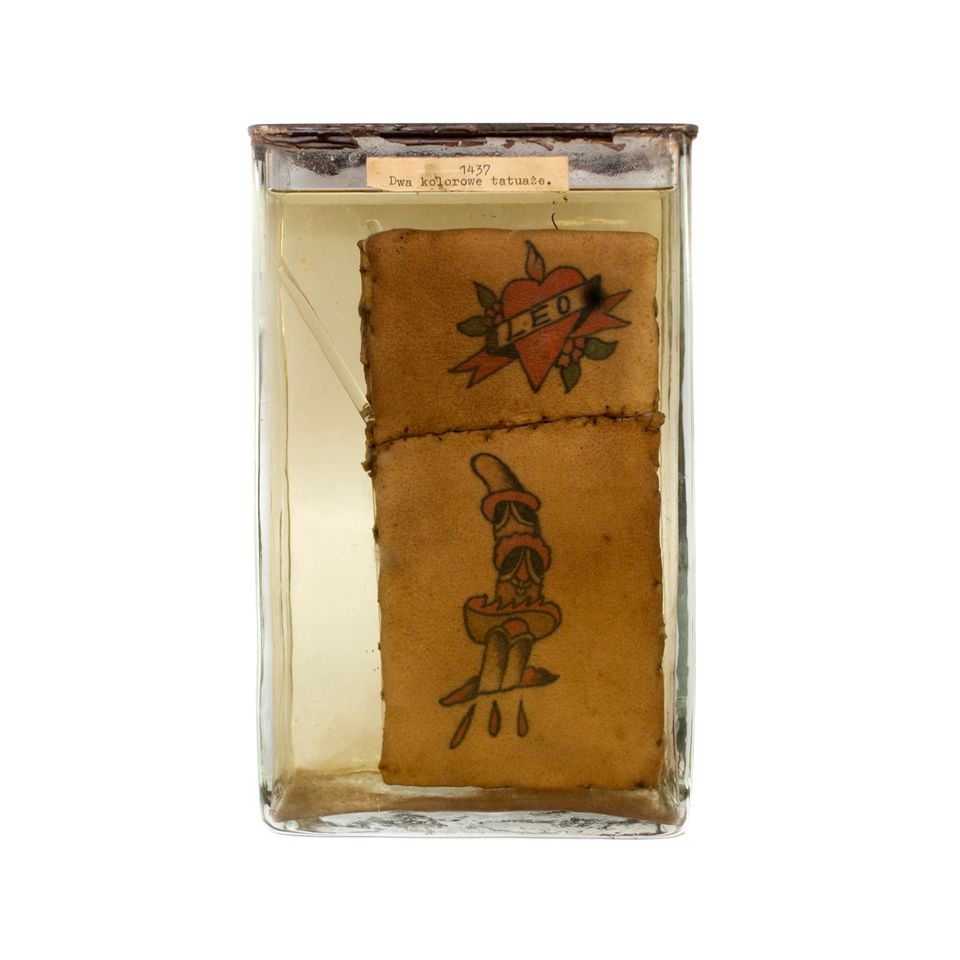