An article has been making the rounds lately explaining and extolling the virtues of the "two kinds of women."

There may be white wine-drinking women and red wine-drinking women, but there are whiskey-drinking women, too. Sure, it may not be as common -- choosing a drink traditionally thought of as "for the boys" -- but we exist. And we're here to tell you about it. While we won't scoff at the offer of a glass of vino, our heart sits in a rocks glass with whiskey and two cubes.

Whiskey-drinking women are adaptable by nature; we can sidle up to a bar or ease deep into a favorite reading chair.

A whiskey drinker dines by moonlight, with her fingers, sitting on the floor on pillows and any which way she pleases.

A whiskey drinker writes poems about the movie she watched in her dreams. She watches people, the moon and stars, the lines around your eyes when you smile, taking them all in and savoring them.

Whiskey drinkers read (a lot); they love everything from classics to self-help. They read books you've never heard of and quote them in the middle of a heated conversation.

Whiskey drinkers skip the games, but never outgrow being playful. Take her for a walk and she'll find all the best puddles, swing with you at a playground and wish on a whole constellation.

Whiskey drinkers know when to savor the moment and when to grab it by the collar and drink it down quickly.

Whiskey drinkers know that vacation isn't somewhere you go; it's a frame of mind. Wherever she goes, it's an adventure. If she simply must choose a destination, you'll probably find a whiskey-drinking woman tucked away in a cabin in the woods.

A whiskey drinker is an old soul with fresh eyes. She can show you how to find the magic in an ordinary day.

Whiskey drinkers listen everything from Chet Faker to Billie Holliday, from Clutch to the Foo Fighters, from MC Yogi to Bruno Mars, from Carla Bruni to The Killers and whatever the hell happens to catch her ear, catch her mood, catch her hips and make her dance. She needs a soundtrack to move her through her day.

A whiskey drinker is all about the give and take. Take her seriously and she'll give you a reason to smile. Give to her authentically and she won't take you for granted. Whiskey-drinking women know when to engage and when to hold back; they're trained in conversation, so long as it's deep enough to hold their attention. The whiskey-drinking woman will shut down with small talk and gossip.

Whiskey drinkers know that Twilight is overrated; it was better the first time around when it was called Wuthering Heights. She wants to write her own story, and if you're lucky, she'll invite you along.

Whiskey drinkers love relationships, but they especially love relationships with substance. Whether romantic or platonic, whiskey-drinking women won't waste precious time with people who don't fill them with feel goodness.

A whiskey drinker has been blonde. And red-headed. And chocolate brown. And maybe purple. Or maybe she picked a favorite and kept it. Whatever color she picked, she loves playing with her mane, and if you're good, she'll let you run your fingers through it, slowly, over breakfast in bed.

Whiskey-drinking women appreciate comfort above all else. They want outdoor, late night porch hangs in the summer and blankets and amazing books in the winter.

Whiskey-drinking women laugh with everything they've got; they appreciate smart, subtle humor, but sure as hell aren't above cat video binges.

A whiskey-drinking woman is the queen of deep conversation. She loves long, meaningful chats. She loves figuring it all out. If you sit down to talk with a whiskey-drinking woman (especially when she's got a whiskey in hand), expect to cover anything and everything. Expect to look up at the clock to realize it's 3 a.m. and still be hungry for more.

Whiskey-drinking women think there's magic in writing letters -- actual letters, with pens, paper and postage. As a result, they've been known to write them.

Whiskey drinkers love the scrawl of pen across a paper, but they swoon for the feeling of vintage typewriter keys under their fingertips.

Whiskey-drinking women don't worry much about glass-holding rules. They'll just as happily drink from a teacup as a rocks glass.

A whiskey-drinking woman can rock t-shirts and jeans like none other, and she's not afraid to pair denim with fierce red lipstick. She will dress up on a Tuesday afternoon, just because. She has flip-flops and Chucks -- and she can tell you a great story about her favorite boots. She's a laid-back, high-class girl who can make her oldest pair of jeans look like a million bucks.

A whiskey-drinking woman can't stick to a list of someone else's creation to define her. She shifts and changes as the light hits her, full of warmth and curiosity. She is fascinated simply by being alive.

A whiskey-drinking woman knows that none of us fit in these neat little boxes. She'd never pigeonhole other women -- or men, for that matter. She knows that each of us are infinitely full of gorgeous nooks and crannies waiting to be explored, and that the people who are willing to brave our fire in order to enjoy our warmth are the ones worth keeping in our lives.

She knows it's not about what it's in our glass, but the fact that we drink life in completely.

For The Girls Who Drink Whiskey
whiskey recipes 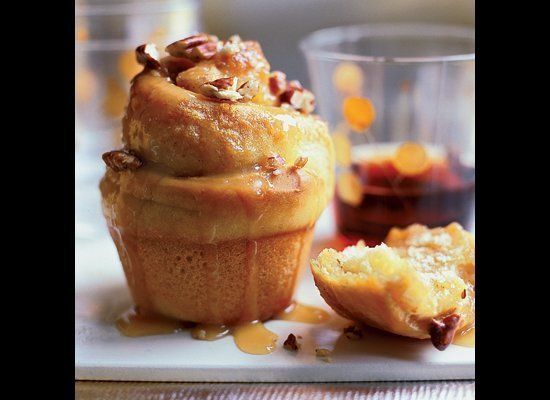