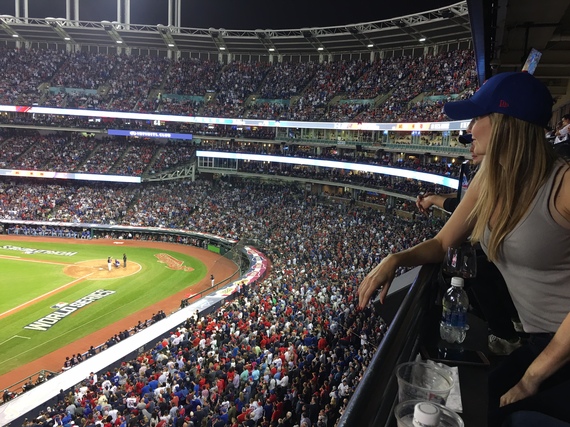 There is power in events that bring people together to root each other on. There is beauty in games that bring fathers and sons and mother and daughters side by side to eat, drink, and celebrate team events together. Life is about your tribe, if not the one you are born with, the one you choose to sit side by side with.

Life is about your tribe, if not the one you are born with, the one you choose to sit side by side with.

I was born a Cubs fans. That's how it works in Chicago, the baseball team you root for is a part of your lineage, passed down from one generation to the next. Life can take you in any direction it wants, but it doesn't matter how many cities you move to after living in Chicago, once a Cubs fan always a Cubs fan.

Life can take you in any direction it wants, but it doesn't matter how many cities you move to after living in Chicago, once a Cubs fan always a Cubs fan.

My parents divorced before I was born, but rest assured, both my parents received full custody of the Cubs in the divorce. I spent every other weekend watching the Cubs with my father and three brothers, Donald, Richard, and Charles, simultaneously on three different 80's TVs of varying sizes, to ensure we didn't miss a play.

Growing up, we didn't have the money to go on family vacations every year, but every summer my mother found a way to take my brothers and I to our annual Cubs game outing at Wrigley Field. It never ceased to be a magical sunny Chi-town day filled with Chicago style hot dogs, a crowd so large that it overflowed onto the nearby rooftops, and a seventh inning stretch lead by no-other than legendary Harry Carry. (It took me years to realize that "Take me out to the ballgame" was not a Cub's specific anthem - that was a sad day indeed.)

Both my parents passed away decades ago and Chicago has never felt the same again. As the years go by, the sadness of losing them has lessened, however, I frequently crave the feeling of home, of childhood, and of the nostalgia of family rituals. When the Cubs won game 5 in the World Series, my gut told me that I needed to go to Cleveland and not just for one game...but for two. I booked my flight the next morning and flew out that evening.

I can't say that Clevelanders welcomed me with open arms for Game 6, and I may have been told on several occasions to go home, but what the Indian's fans didn't realize was that I was home watching the Cubbies play. I stood tall in my royal blue and red hat, I may have flown to Cleveland alone, but I was definitely not alone at that game.

I was standing tall alongside the spirit of all Cubs fans, past, present, and our future generations to come. 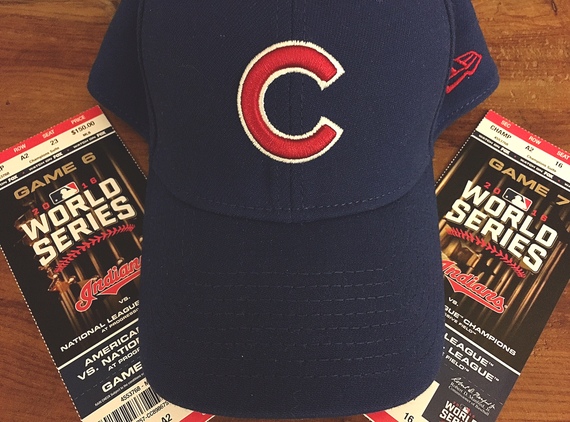 There was a moment, after Dexter Fowler's homerun in the first inning of game 7, where I swore that I heard my father rubbing his hands together in excitement on my left side.

There was a moment, after the rain lifted in the 10th inning, where I closed my eyes and could literally hear my mom screaming "Go cubbies go!" on my right side.

There was a moment near the end of the game, right before Kris Bryant caught that grounder resulting in the final out, where I had images of the Cubs players from the 1908 world series walking onto the field in their black and white uniforms to watch the final play of Game 7 arm in arm. 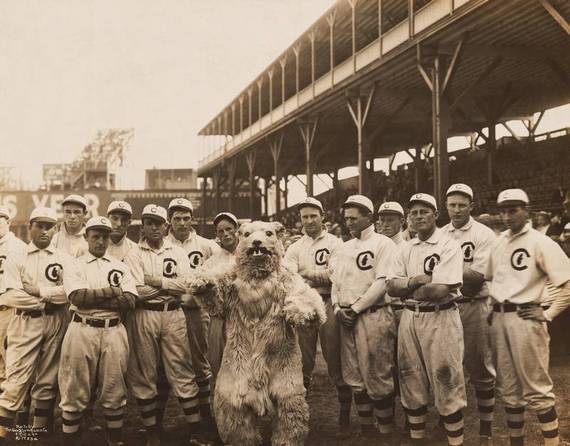 Courtesy of the Chicago History Museum

We are and always will be Chicagoans. That's how we DO.

It didn't matter that the Cubs weren't playing in Wrigley Field, the spirit of Wrigley Field and the entire city of Chicago was right there with us - from the first homerun, to the random rainstorm, to the final run scored in overtime - you could feel the power of the windy city from 345 miles away.

Game 7 was an exceptional game for both the Cubs and the Indians. At the end of it all, fans from both teams high-fived each other with the respect and understanding that it was a game well played by all.

Chicago Cubs are officially the comeback kids. A team that rallied together, collaboratively, passionately, and with resilience to kick a 108 year old curse out of the ballpark, forever. A team that will forever be known for reviving Major League Baseball for many generations to come. A team that has the ability, no matter where you are, to take you home to Chicago.

Chicago, this is your year. A year of breaking curses. A year of hard work and resilience finally paying off. A year of new beginnings. A year of winnings. Congrats Chicago Cubs for being the 2016 MLB World Series Champions - The Cubbies of the past, present, and the future are and will forever be proud.

Thanks for bringing us home. 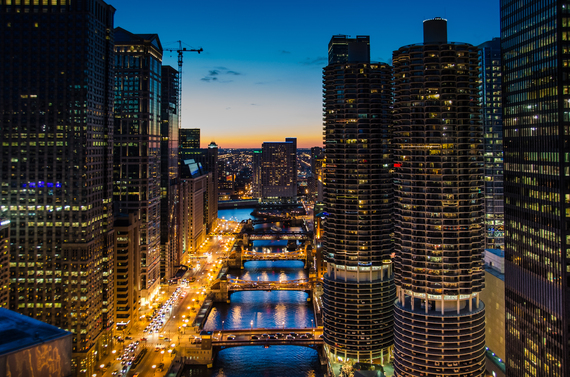