In a few weeks, Mopati Morake will earn a bachelor's degree in political science from Williams College in Massachusetts. A native of Botswana, Morake has been educated on three continents. He finished high school in 2007 at Li Po Chun United World College in Hong Kong. 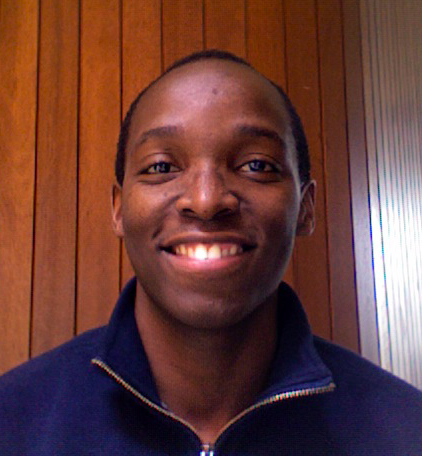 Morake spoke with Hechinger Report contributing editor Justin Snider -- his former English teacher in Hong Kong -- about recent claims that U.S. college students don't seem to study or learn much. Morake also reflected on his educational experiences in the U.S. and abroad. Next year he plans to teach history and government -- as well as coach and mentor students -- at a boarding school.

Q: In January 2011, sociologists Richard Arum and Josipa Roksa made waves with a book titled Academically Adrift: Limited Learning on College Campuses. They argue that many U.S. college students don't learn the critical thinking, complex reasoning or written communication skills we generally assume are at the heart of a college education. Among their other findings are that college students, on average, spend the majority of their free time socializing or doing extracurricular activities. Only 16 percent of students' time -- or about 27 hours per week -- is devoted to attending class and studying. What do you make of these findings? Does what you've seen and experienced in the U.S. higher-education system comport with these findings?

A: In my experience, it seems pretty easy to take classes that are satisfying, yet not necessarily challenging. You can fulfill your distribution requirements, and then fill the rest of your schedule with classes that play to your strengths, or take several classes with the same professor. When you're in a comfortable, very familiar academic setting, you are probably more likely to relax and do less of the readings since you feel that you have already proven yourself to the professor. With less time spent working, there's more time available to have fun at college. This is why Williams introduced the "Gaudino" system, which encourages students to take courses out of their comfort zones and really challenge themselves intellectually [without having to worry about grades].

It's important to invite students not to coast but to try new things and be uncomfortable in class. It's about realizing that learning isn't about being risk-averse, and taking, in my case, mostly humanities classes. If I had taken more math or science classes, I would have definitely spent more time working. So part of what I think Arum and Roksa are getting at is that students tend to value their GPAs and not take risks in learning. So the question becomes, how might we change a culture where GPA is seen as a make-or-break? That said, the work I am asked to do does require me to think critically and write cogently. I am certainly a much better writer and deeper thinker than I was four years ago. And I'm sure that's the case for most Williams students.

You've lived and been educated on three continents -- Africa, Asia and North America -- which gives you an international perspective on education. What do you see in U.S. education that is praiseworthy, and where does the U.S. system fall short?

I appreciate the ability to explore, take a variety of classes. I like that the value of the education is the process of learning, and not the outcome. Back home, and in a lot of Asia, you are judged primarily on your exam results. In U.S college courses -- particularly at liberal-arts colleges -- only a fraction of your final grade is based on the final exam. It's pretty liberating to come here and find that my future isn't going to be determined by a grade on a few exams.

Where does it fall short? Well, in K-12, educational inequality is a travesty, and [remedying it] should be a national priority. Instead, I hear political leaders debating minutiae, often in an infantile manner. It seems like the country has lost its focus.

In higher education, I'd love to see more of a linkage between education and civic duty and civic virtues. I encourage everyone to listen to Bennington College President Liz Coleman's TED talk on how liberal arts colleges should evolve.

What is drawing you to teaching? And what are your thoughts on the state of the profession, especially in the U.S., where many teachers feel unappreciated and under attack by politicians and policymakers?

I love being around kids, and being in a position to mentor them. I value what I've learned inside and outside the classroom from my teachers, and their role in shaping me. I want to "pay it forward."

I think teaching is the second most important job, after parenting. Everyone in America, and in the world, should realize this, and the profession should be treated as such. But if we value teaching so much, and put our money where our mouths are, it follows that not everyone should be teaching. Anyone who teaches should have the skills and knowledge, but should also care. I've heard far too many horror stories from friends who went to public schools around the U.S. about how their teachers "didn't do anything" and simply didn't care. So there should be a selectivity about who gets to be a teacher, and teachers should always be accountable. But those who are doing their jobs well should be treated as such, and that should be reflected in their pay.

What do you see yourself doing 20 years from now? Where will you be living, what kind of work will you be doing, and how might you have changed in the intervening two decades?

Twenty years from now, I hope to be affecting positive change in education and social policy in general. I imagine my professional life will be dedicated to making the world a more equitable and fairer place, since that's what guides my value system now. I'd like my work to directly benefit my native Botswana, so I see myself living and working there. I'd like to be passionate about what I'm doing.

I'd like to see a school system in Botswana that allows every child to be able to thrive. This means offering a choice so that people's skills aren't wasted. In Botswana, every student has the same syllabus and takes the big cumulative exams at ages 13, 16 and 18. For those who do well, great. But what about kids whose potential isn't realized in a system where it's all about the exam? This is where I admire the New York City public school system. I like the idea of publicly funded arts schools, science and technology schools, charter schools, International Baccalaureate schools, etc.

Tell me about one of your most memorable classes or teachers, either at Williams or in your earlier education.

American Art & Architecture, with Professor Michael Lewis. I enrolled in this class despite not having the prerequisite intro-level art history courses and knowing nothing about history. (I designated it a "Gaudino" course.) I had always heard it would be a mistake to leave Williams without taking an art history class, so I went for it in the fall of my senior year. The class was phenomenal. Prof. Lewis is the most polished, eloquent, and engaging lecturer I've ever had. Every lecture was a treat, and his style made it feel a bit like attending a performance. He introduced me to a new way of looking at the world. It was also refreshing to think about beauty in the world, since most of my readings are books on war, injustice, oppression or poverty. It's now the class I recommend to everybody.

As someone who's spent almost his entire life thus far in school, you've no doubt done a lot of reading. What are a few things you've read -- essays, books, blogs, articles -- in recent years that you'd recommend everybody read?

Joseph Stiglitz recently wrote an article in Vanity Fair called "Of the 1%, by the 1%, for the 1%" -- a great piece on inequality in America.

Pathologies of Power: Health, Human Rights and the War on the Poor by Paul Farmer.

The Souls of Black Folk by W.E.B Du Bois.

And for fiction, I love The Namesake by Jhumpa Lahiri.