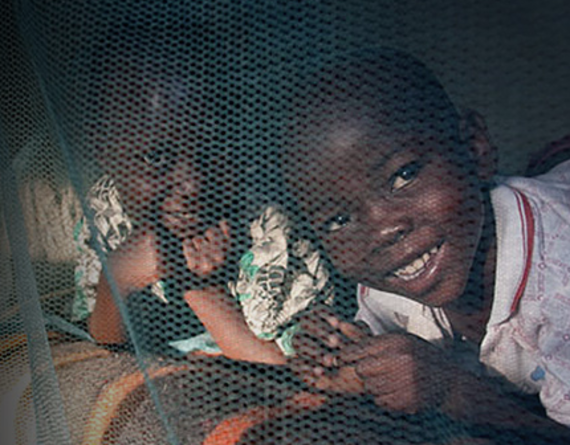 School may be out for summer, but the development community is diligently drawing on lessons learned over the last 15 years in our quest to achieve the Millennium Development Goals (MDGs). On July 6th, the Secretary-General of the United Nations released his annual report on the MDGs, providing a final assessment of progress made against targets established to halve the number of people living in extreme poverty by the end of 2015.

The lives of over 34 million children have been saved over that period -- which we estimate will return over $3.8 trillion to economies in the developing world -- a simply astounding amount! Despite MDG criticisms, these returns speak volumes about their potency.

I am elated to share that among the notable achievements highlighted in the report are significant gains in the fight against malaria. Through our collective efforts, we have reduced malaria deaths in children under five years old by 69 percent in Africa, reversed the incidence of malaria in 98 malaria-endemic countries, and saved more than 6.2 million lives between 2000 and 2015. Our progress on malaria alone accounts for 20 percent of the 34 million children's lives saved.

Other areas of health also showed great progress under the MDGs. We saw a global decline in new HIV infections by about 40 percent, with 11 countries declining by more than 75 percent and another 28 countries declining by more than 50 percent. Remarkably, by June 2014, 13.6 million people with HIV were receiving antiretroviral therapy (ART), up from about 800,000 in 2003. We have also watched tuberculosis incidence rates fall globally since 2000. In developing regions, more than 85 percent of newly diagnosed TB cases have been successfully treated for six consecutive years. These figures punctuate the MDG's role in a catalyzing global momentum to tackle ambitious public health targets.

The newly released MDG report is more than just a series of facts and figures. These numbers represent real people -- healthy mothers seeing their pregnancies to full-term, children who live to see their 5th birthday, and strong communities of young people prospering in the workforce.

Such progress could not have been accomplished without the contributions of committed coalitions of champions who have worked tirelessly over the last 15 years to see us to where we are today. This includes stalwart advocates from across a multitude of sectors -- civil society, philanthropy, the private sector, and political leadership from both donor and affected countries -- all working in partnership, often through less than ideal conditions. We are also indebted to the stewardship of the UN Secretary-General Ban Ki-moon, and his Every Woman Every Child initiative, which mobilized the international community to enhance financing, strengthen policy and improve services on the ground for the most vulnerable women and children.

Despite our gains, there is much work to be done. In September, the international community will adopt a new set of Global Goals for Sustainable Development, the successor to the MDGs. We must mobilize under this new set of Global Goals with the same level of vigor, but with greater prudence and efficiency, to keep health central in the post-2015 development agenda and maximize the progress achieved to date.

At the core of our work must be a commitment to save as many lives as possible, as quickly as possible. We must utilize tools that measure the effects of investments, incentivize progress and drive innovation to fill gaps in funding or interventions. To that end, we have worked with colleagues at the Institute for Health Metrics and Evaluation (IHME) at the University of Washington to develop a "Lives Saved Scorecard" that allows governments, policymakers and donors to track investments in child health and link those investments to child deaths averted across countries in a comparable manner. I firmly believe that a monitoring tool that allows all of us to share progress regularly will further increase our returns and promote accountability.

Like no time before in history, we stand at the cusp of ending malaria, and making even greater strides against HIV/AIDS, and tuberculosis. Health is a key driver of sustainable development -- it must remain a priority as the world moves toward adopting an ambitious new development agenda. We owe it to the global community to make good on our promise and move with deliberate haste to rid the world of extreme poverty in our lifetime. I am confident that with our continued commitment, we will make this promise a reality and leave all preventable child and maternal deaths, along with diseases like malaria, for the history books.